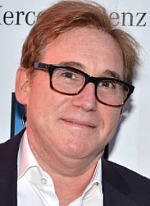 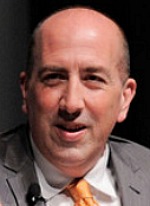 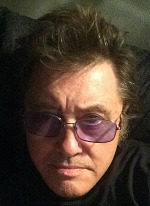 I’m so late to the discussion about the moderately miraculous Jenny Slate in Gillian Robespierre‘s Obvious Child that I feel a little foolish bringing it up. It took me two weeks to write this piece because I felt so conflicted about this. But Slate is so alive and extra-dimensional and spunky with the right blend of vulnerability and brilliance with sprinklings of depression and self-destruction…I was floored. I still am. I asked about doing a phoner with her a week ago — here’s the mp3.

Everyone saw Obvious Child 11 months ago at Sundance ’14 or when it opened last June. I didn’t fucking see it until two weeks ago, and I knew right away I’d been a complete putz for not making a greater effort. Because Slate’s performance did something that more than a few current award-level performances haven’t. She woke me up and made me want more.

Slate plays Donna Stern, a Brooklyn-residing bookstore employee and stand-up comedienne. She’s in her late 20s or early 30s, and with the balls to just follow whatever’s on her mind when doing her act, which is kind of free-formish and scattershot. She’s less of a funny lady who “tells jokes” than a performance artist who’s sometimes funny and sometimes not, but she’s always riffing about her life. Right away I was saying to myself “okay, this woman is obviously wide open and super-vulnerable, and she’s either going to die of a broken heart or she’s going to rocket into fame but she’s not middle-of-the-road steady or flinty. She’s a bit shaky. But who isn’t?

Transcribed: “It restates the negativeness of the universe…the hideous lonely emptiness of existence…nothingness…the predicament of man forced to live in a barren Godless eternity, like a tiny flame flickering in an immense void with nothing but waste, horror and degradation forming a useless bleak straightjacket in a black absurd cosmos.”

There’s no point in trying to learn who cut this trailer for George Miller‘s Mad Max: Fury Road (you don’t want to know about the labrynthian, Gordian Knot-like culture of Warner Bros. marketing), but it’s certainly one of the craziest, most brilliantly assembled sell-jobs for an action film I’ve ever seen in my life, hands down. Does anyone know who cut it together? Mouth open, jaw hits chest. Then again a trailer is only as good as the material. Amazing stuff. Wonderfully luscious amber-butterscotch colors. Fated to be huge.

The opening shot of this teaser for Robert Zemeckis‘s The Walk (TriStar, 10.2.15), a narrative remake of James Marsh‘s Oscar-winning documentary Man on Wire, tells you everything you need to know about the Hollywood-ization of a really great story that doesn’t need any Hollywood-ization…unless you’re looking to sell it to the morons. That ascending high-speed elevator shot of the Word Trade Center’s South Tower is pure Chris Nolan, pure Batman. Ditto Joseph Gordon-Levitt walking out on a metal beam and balancing himself on one foot…showoff crap. Man on Wire was great stirring cinema — The Walk is clearly a downmarket makeover. Zemeckis is re-telling the story of French high-wire artist Philippe Petit‘s walk between the World Trade Center’s twin towers on 8.7.74. I’m sure it’ll be half-decent — it’s too good a story — and I realize it’ll involve a ton of CGI. But they need to tone down the visual flamboyance. Less is more, simple and plain.

“If a dominatrix is one who takes total control of her passive partner, then R100 is the cinematic equivalent of a kinky femme fatale in black leather and stiletto heels, cracking a whip and a smile. At least for the film’s first half, Japanese writer-director Hitoshi Matsumoto gets a kick out of tantalizing and torturing the viewer with his tale of a meek department store salesman whose bondage-club contract for a year’s worth of sexual masochism proves unbreakable — and painful to boot. Albeit more wacky than provocative in the end, R100 could become a cult fetish on VOD.” — from Rob Nelson‘s 2.3.14 Sundance review in Variety.

Did I just read the word “unbreakable”? Are you thinking what I’m thinking? S & M enthusiast Angelina Jolie needs to direct the English-language remake…please. It has her name on it. 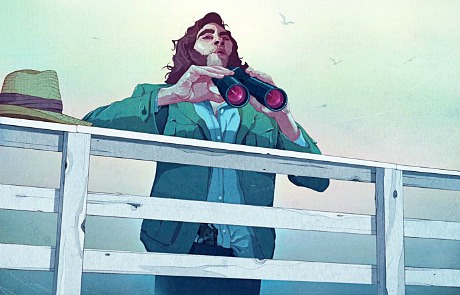 I wake up at 5 am for nobody, especially after reading until 1 am. So I was sleeping when the SAG nominations were announced, and in a sense I almost went right back to sleep when I skimmed the list as it applied to achievement in feature films. Pretty much every nominee was expected, in large part because every nomination had been heavily and smartly campaigned (paid) for. The not-entirely-expected nominations went to Jennifer Aniston for her ripe lead performance in Cake and to Nightcrawler‘s Jake Gyllenhaal for his bulging-eyed, razor-sharp Nightcrawler sociopath…yes! What was behind the snubbing of Selma and particularly David Oyelowo‘s performance as Martin Luther King? Simple — Paramount did’t mail the Selma screeners out in time.

Tomorrow morning’s Golden Globe nominations are do-or-die for Oyelowo and Selma across the board, I should think. The fate of Angelina Jolie‘s Unbroken, also, will be on the line.

To hell with campaign mentalities — Tom Hardy should have been nominated for his knockout performances in Locke and The Drop. His work was sterling and world-class, and the Los Angeles Film Critics and Lunch-Break Association recognized that fact last weekend. Has the SAG flock ever nominated anyone who wasn’t well campaigned for?

The hacking of Sony’s computer network has resulted in today’s posting by Gawker‘s Sam Biddle of several contentious, impassioned, sharply worded emails, principally between producer Scott Rudin and Sony production chief Amy Pascal, over the fate of Rudin and Aaron Sorkin‘s Steve Jobs project, which Sony lost when Rudin pulled the plug and which is now sitting at Universal.

It makes for fascinating, at times delicious reading. The emails certainly convey a few lively portions of a tale about how and why Jobs fell apart at Sony.

The blustery, vitriolic language in some of these messages is classic Hollywood hardball stuff. The personal insults are hilarious. I can only marvel at the reaction of Angelina Jolie and for that matter Brad Pitt when they read she’s been regarded by a certain party as “a camp event and a celebrity and that’s all…a minimally talented spoiled brat,” and what Annapurna’s Megan Ellison will think when she reads that she’s been described as a “bipolar 28 year old lunatic” whose liking of this or that Hollywood player may or may not depend on whether “she took her meds.”

There’s one email, however, that’s worth pondering in detail. It’s about the quality of the Sorkin’s Jobs script, and it gave me the chills. It was written last August by Sony marketing chief Michael Pavlic, and sent to Pascal. One comment that got my attention is Pavlic’s concern that the somewhat claustrophobic-feeling piece might be a difficult sell if it goes on for three hours. But his descriptions of the script are fascinating. Three hours of intense backstage talk…love it!

In a recent Conde Nast Traveller piece called “13 Coolest Movie Theatres Around the World,” Munich’s Filmtheater Sendlinger Tor gets its proper due. I fell in love with what looked like a hand-painted marquee during a walking tour of Munich that journalist Thomas Schultze (of the Munich-based G + J Media Entertainment) treated me to in June 2012. It’s one of the rare single-screen venues let in that town, and one of the few remaining in the world. The top photo is on the Conde Nast page; the bottom photo was taken by yours truly. 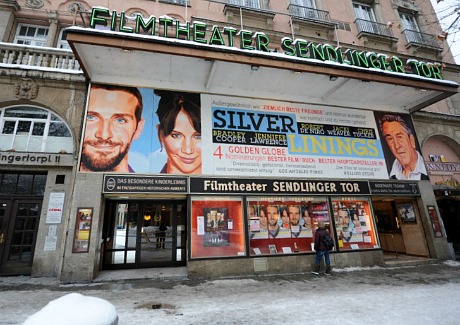 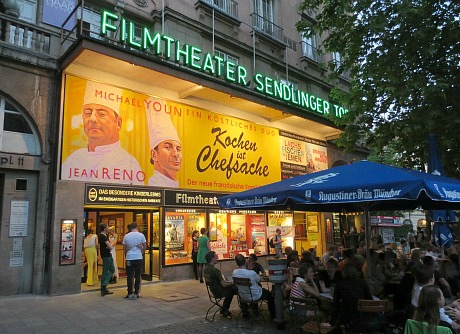 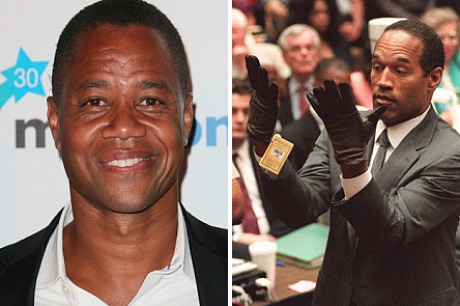