The Hitfix guys have been tossing around notions about which was the greatest film year of the past half-century. They’ve apparently decided, in short, that all the significant film years before 1965 are…what, not click-baity enough? Because most online film buffs regard the ’80s as fairly musty and before that it’s pretty much the Dead Sea Scrolls. Conventional wisdom says three of the greatest years were 1999, 1962 (here’s my list of 36 films released that year that enjoy classic status) and 1939, but only ’99 cuts ice with the Hitfixers, at least for the time being. And what about that piece I ran a while back about 1971, in which I singled out 28 films released that year that live in eternity? In any case the combination of having jetlag problems this afternoon and Drew McWeeny having somehow gotten it in his head that 1988 was some kind of landmark year has stalled my brain activity. You know what 1988 was? Three films — The Last Temptation of Christ, Mississippi Burning (despite the absurd and arguably racist attitudes inherent in the film’s jaundiced re-imagining of the FBI’s role in breaking the case of the three murdered civil-rights workers) and Bull Durham. I’m more of a 1989 type of guy — sex, lies and videotape, The Abyss, Batman, Born on the Fourth of July, The Cook, the Thief, His Wife & Her Lover, Crimes and Misdemeanors, Dead Poets Society, Do the Right Thing, Drugstore Cowboy, Field of Dreams, My Left Foot, Roger & Me, Say Anything, When Harry Met Sally, etc. I don’t know. I guess I don’t care all that much. I’m not much of a list queen.

With Ex Machina having caught a wave last weekend, A24 is looking for an enhanced uptick this weekend. The buzz is out there. A hot robot you’ll probably want to bang. If you missed it last weekend are you thinking of giving it a shot or is it…what, higher on your VOD list or just on it or what?

If Eddie Redmayne‘s Danish Girl performance as the transgender Lili Elbe is locked for a Best Actor nom, the Academy has to turn the other cheek and give another Best Actor nom to Tom Hardy for his dual performance as London mobsters Ron and Reg Kray in Brian Helgeland‘s Legend. Pic costars Colin Morgan, Christopher Eccleston, Taron Egerton and David Thewlis. The Krays ruled London during the ’50s and ’60s (armed robberies, arson, assaults and the murders of Jack “The Hat” McVitie and George Cornell). On top of which Ronnie was openly bisexual and probably killed his wife of eight weeks, Frances Shea (Emily Browning), in a jealous rage.  The brothers were sentenced to life terms in 1969 for two murders.

Last night’s LAX-to-JFK flight on Virgin America took off on time and was “comfortable” for the most part, but I was miserable for lack of sleep. The lack of blankets didn’t help. Popped a couple of Advils but unable to really sink to the bottom of the pond. In a certain sense it was agonizing. Early morning New York weather is a bit on the brisk side, almost (but not quite) chilly by L.A. standards. My Airbnb place is only a couple of blocks from the old Montrose-and-Bushwick apartment. The free wifi at the nearby Bread Brothers cafe (Bushwick and Messerole) isn’t lightning fast but why complain? I’m here, I’m good, etc. 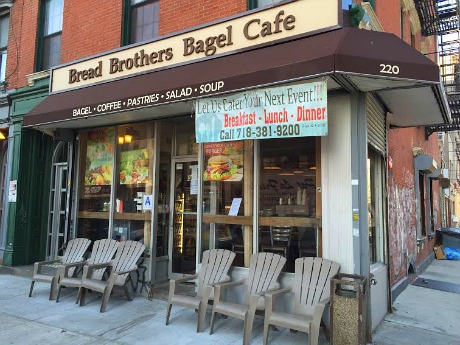 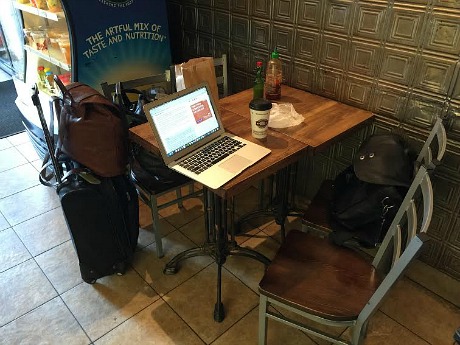 Far From The Madding Crowd costar Matthias Schoenarts has spoken to Hitfix‘s Gregory Ellwood about Tom Hooper‘s brazenly, unregenerately baity The Danish Girl and particularly Eddie Redmayne‘s performance as Lili Elbe, the first man-to-woman transgender pioneer. “We finished it like a week ago [and] I had a blast,” Schoenaerts said. “Working with Hooper is an experience. Extremely sharp, committed, intelligent and has a sense of humor. And then you have Eddie Redmayne, who I’m sure [is] gonna get a second Oscar nom. It’s impossible. What I’ve seen him do. It’s probably [his] second Oscar, period. Not even just a nod, period.”

The failure of Royal Road Entertainment’s Filip Jan Rymsza and director Peter Bogdanovich to deliver a completed, full-length version of Orson Welles‘ The Other Side of the Wind in time for the 100th anniversary of Welles’ birth on May 6, 1915 is an unfortunate embarassment. At least F.X. Feeney‘s long-awaited study of the genius filmmaker, “Orson Welles: Power, Heart, and Soul,” has been written and published on time and readable as we speak, and selling for a mere $15. F.X. only sent me a copy last night so I’ve yet to get into it, but Welles biographer Joseph McBride has written that “among the many virtues of Feeney’s book is that it conveys, as no book ever has before, what it must have felt like to be Orson Welles…he manages to give us that sense through his deep empathy, understanding, and close yet still clear-eyed identification.” Here’s F.X. reading from a portion:

A reading of "Orson Welles: Power, Heart and Soul" by author F.X. Feeney from The Critical Press on Vimeo. 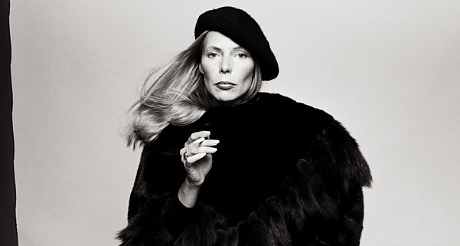 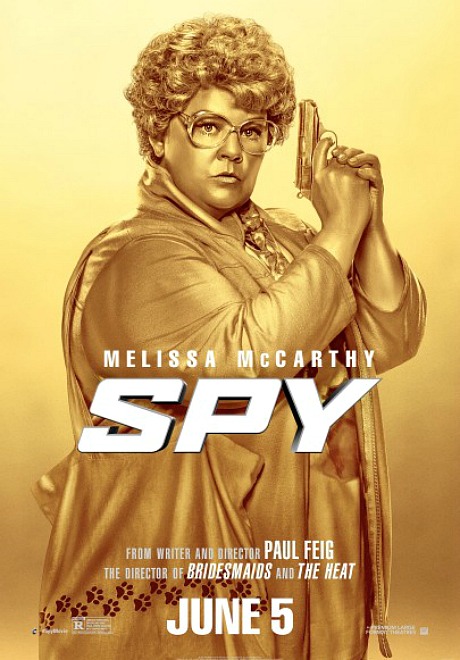 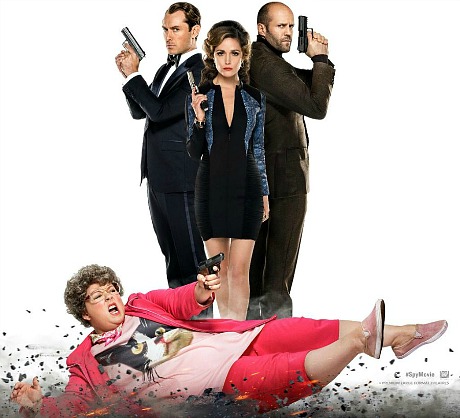 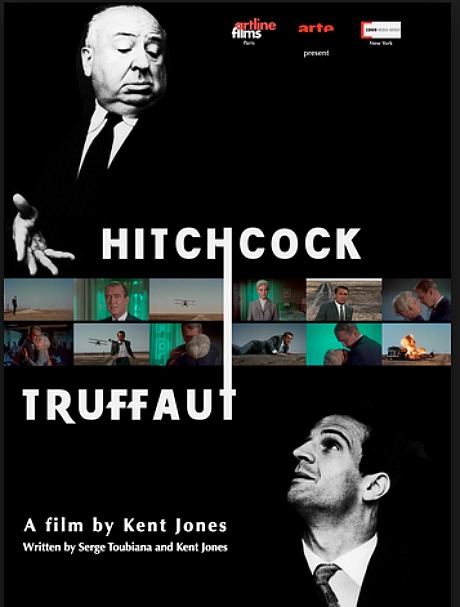