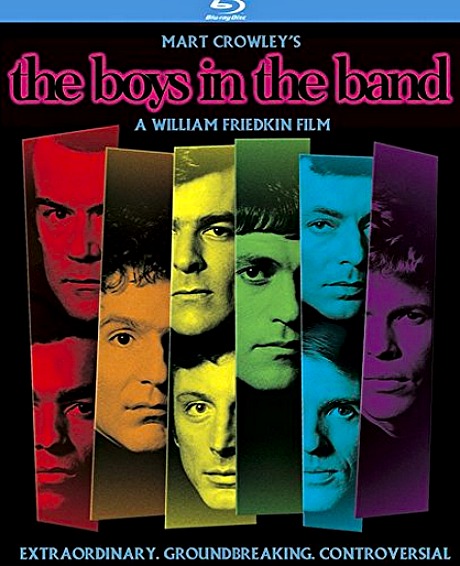 A week or two ago I bought a black Kooples T-shirt — easily the greatest T-shirt I’ve ever worn in my life. Great fibre, fits beautifully and has a two-button, leather-banded collar. It’s really heaven. I put it on and looked at myself in the bathroom mirror this morning and just sighed — it’ll never get any better than this. Except it cost over $125, which is three times more expensive than any other T-shirt I’ve even thought about buying. (There’s a long-sleeve version that costs $250.) I love this T-shirt so much that I’m almost afraid to wear it. I don’t want to wear it out or risk spilling coffee on it or something. It’s the same principle as the middle-aged wife in Astoria who buys a couch that’s so beautiful and so expensive that she covers it with see-through plastic and tells everyone to sit somewhere else. On top of which having my Kooples T-shirt dry-cleaned costs $8 at Holloway Cleaners (the owner said they have to take extra care because of the leather collar). It’s a responsibility, this shirt. 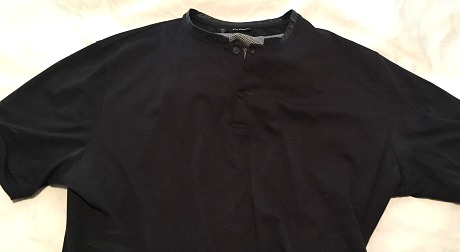 9 Comments
A Farewell To Authority

A female producer friend mentioned this morning that she “saw a doc on cable a few years ago that interviewed male-to-female transgenders. They were asked to name the first thing they noticed in how they were treated as a woman rather than a man. They all said it was the loss of instant authority that men have in the culture. When they became women [many] men didn’t turn to look at them when they were speaking, and often didn’t acknowledge that they’d spoken at all. They said it took a while to realize that the men had heard them but had chosen to ignore them. I laughed when I heard that one.”

Adam Carolla and Nate Adams‘ Winning: The Racing Life of Paul Newman (Film Buff, 5.22 theatrical & VOD) appears to be a niche doc appealing to Paul Newman fans (mostly GenX, boomer) plus racing fans (all ages). Everyone adores the idea of enhancing your middle-aged life with something you really love, which is what the 47 year-old Newman did when he began professionally racing in early 1972. It took guts, skill and tenacity, but career moves of this kind are tough to pull off if you’re not rich and famous to begin with. Newman’s racing career spanned roughly 33 years (or until ’05); Newman won four national championships as a driver and eight championships as an owner. Sidenote: Co-director Carolla, the well-known author, comic talk-show guy and car aficionado, owns and races “five of Paul Newman’s race cars,” according to Newman’s Wiki page.

Toward the end of this Real Time clip (or rather the “Overtime” supplement) from last night’s show, Bill Maher asks Dave Barry about his “youthful hair” — floppy, 80s-style, no augmentation — and asks if he worries about his “young-guy hair, old-guy face.” Barry says no, that this is “my fucking hair” and people need to deal with it, etc. Honestly? When I walk around Brooklyn and Los Feliz I see a lot of 20- and 30-somethings who have, from my seasoned perspective, old-guy hair with young-guy faces. By “old-guy” hair I mean overly shorn, repressed, constipated, bordering on military, not all that flattering. Young guys who aren’t suffering from prematurely thinning thatches should flaunt the fact that their hair is relatively thick and glistening.

“It’s become a Trainwreck talking point. Or selling point, really. For those that live by t.p.’s, the notion or term ‘give it a rest’ is a non-starter. Congenial talk show host giving ‘anything to keep the ball in the air’ guest a chance to beat up the blogger. Schumer said she ‘didn’t read it’ but that her people said ‘he called you a monster!’ At a certain point it doesn’t matter what you actually wrote. The legend becomes the legend. No winning. You just have to move on.” — from comment thread posted this morning when David Slovakia and Pertwillably pointed out the Conan/Schumer clip, which starts at 21:35. Sidenote: I cringe when someone refers to me as a “blogger” — a noun that I’ll never stop wincing at. “Columnist” will suffice. I used to say “online columnist” when print still had a foot-hold.

I really despise the tone of high-five euphoria that often creeps into box-office reports when a film is a big hit. Like Anthony D’Allesandro’s Deadline story (filed at 5:05 am) about Furious 7‘s surprisingly strong second weekend. Describing James Wan‘s cyborgian bludgeoning tool as a “seven-quel,” D’Allesando notes that “with a high-ooctane fuel injection from social media across genres, the prognosis for Furious 7‘s second weekend is pretty amazing.” An “amazing seven-quel,” eh? That’s fraternity talk, neckrub talk, backslap talk. Does D’Allesandro own Universal stock or what? Is he looking to get hired by Michael Moses?

After catching It Follows at the Grove the other night I stepped into a theatre showing Furious 7 so I could see the farewell-to-Paul-Walker finale, which I’d missed at the all-media due to walking out at the one-hour mark. It’s nicely handled as far as it goes. It felt to me like a tribute reel at Cinemacon. But it didn’t get me emotionally. The idea of loss always melts me down, but I draw the line with people who have more or less allowed their own demise. Or, as in Walker’s case, who flirt with danger and in fact get off on the nearness of possible death. A guy from my home town loved serious mountain climbing, and sometime in his mid 20s he died (as you might predict) when something went wrong and he fell. A painful stunner, for sure, but I wasn’t the only one who said, “Well, he knew what could happen if something went wrong but he did it anyway…a tough break but it’s not like a tree fell on him.” Walker died “with his boots on,” so to speak. As did JFK, if you think about it. Let it go at that.