Support on Patreon Follow @wellshwood
48 Comments
“Spatial Awareness Is Okay But Isn’t It Kind of Old Farty To Think That Way?” — 90% of Action Directors

“Too often, if you just cram a lot of stuff into the frame, [you’ll] get the illusion of a fast pace. But there’s no coherence. It doesn’t flow. It comes off as headbanging music, and it can be exhausting. [Wells to Miller: Press Play‘s Matthias Stork explained this tendency four years ago in a two-part video essay called “Chaos Editing.”]

“We storyboarded the movie before we had a script: We had 3,500 boards, which helps the cast and crew understand how everything is going to fit together. Movies are getting faster and faster. The Road Warrior had 1,200 cuts. This one has 2,700 cuts. You have to treat it like a symphony. Hopefully audiences will appreciate that.” — Mad Max: Fury Road director George Miller to Miami Herald‘s Rene Rodriguez in a 5.8.15 interview piece that includes a near-review.

Three days and a wakeup at 14 rue Constance, south of rue d’Abesses, etc.

I’ve just been invited to a couple of Los Angeles screenings of Brad Bird‘s Tomorrowland. I wrote back and asked if there’s a press screening in Paris on Monday, which is my last full day here before the Tuesday morning train for Cannes. If not I’ll have to either (a) catch a market showing in Cannes or (b) pay to see it at the Olympia on Wednesday, 5.20 — opening day in France, two days before the U.S. release. I’m sensing possible concerns with this thing.  But maybe not. 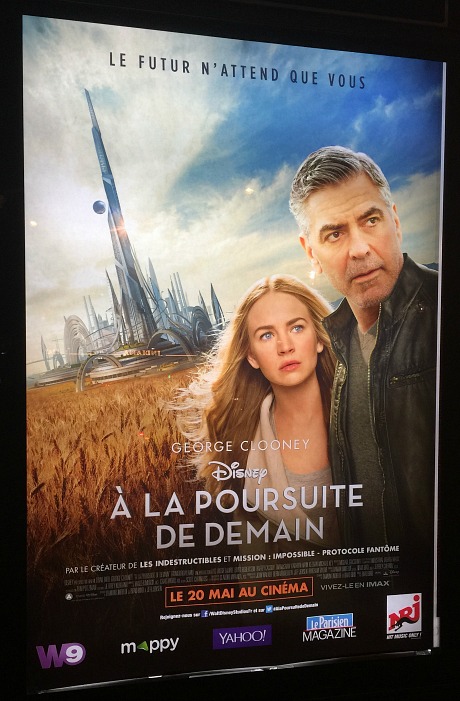 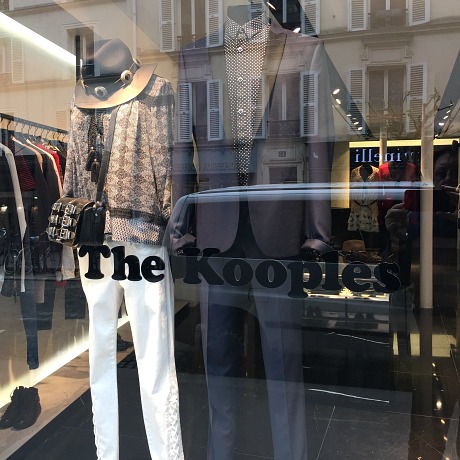 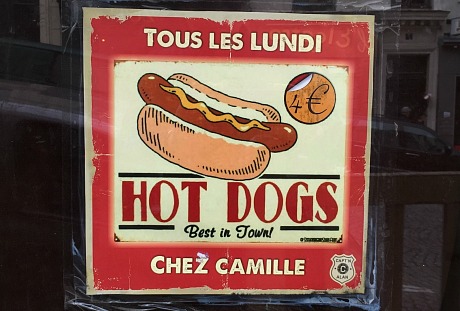 The general consensus is that Mad Max: Fury Road (Warner Bros. 5.15) will earn $40 million or so during the first weekend. When I read this my first thought was “that’s all?” George Miller‘s $150 million apocalyptic actioner is generating heat through advance word-of-mouth, knockout trailers and high-impact ads, and I was figuring that even the slow boats would be primed by now. But not yet apparently. The last entry in the franchise (Mad Max: Beyond Thunderdome) opened 30 years ago, and sometimes the impulse crowd needs a little time to warm up. 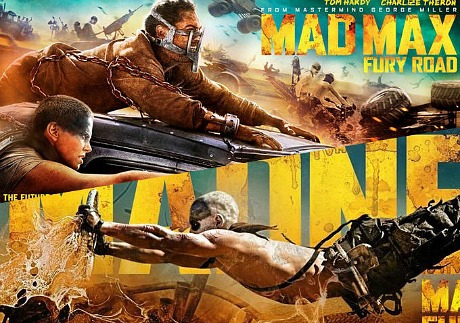 Yesterday I hashed things out with Boxoffice.com‘s Phil Contrino, who concurs with the $40 million-or-slightly-better projection. Right now Fury Road is a bit of “a wild card” in the public mind, he said, but “we’ll learn a lot more once they get a load of it. It could break out like crazy if the word of mouth is as good as what I’m hearing from critics. Nobody is not enthusiastic, but right now people are doing a ‘what’s this?’ and thinking it over. With reboots there’s always the challenge of putting your toe back in the water.

“You have to remember that even Chris Nolan‘s Batman Begins (’05) started modestly. The first weekend brought in only $48 million, which was surprisingly low for a Batman movie. And yet it went on to make $206 million and change. People occasionally need time to figure out that a film is awesome.”

Last night while sitting at my desk in room #33 at the elegant Hotel Bonsejour I managed a short phoner with Far From The Madding Crowd‘s Michael Sheen. His touching, achey-breaky performance as William Boldwood, an older fellow of means who is sadly, genuinely crushed by the fact that he has no chance with Carey Mulligan‘s Bathsheda Everdeen, accomplishes something almost unique by making you feel real empathy. Mostly I tend to dismiss such characters in romantic dramas, but not this time. My heart went out. Sheen and I spoke of Boldwood’s situation and what Sheen, who hasn’t been this good since he played Tony Blair in The Queen, found and explored. Said it before, saying it again: Sheen’s Boldwood is the first male supporting performance in 2015 that can be called award-worthy.

This Ex Machina redband trailer is obviously selling eroticism and upmarket reviews. Which is not spurious — the film is certainly spare, brilliant and chilling, and the sexual stuff is unmissable in a dry sort of way. But every hit needs a hook that the dumbest people in the room can appreciate, and as coarse as this may sound I think director-writer Alex Garland missed out when he failed to include a scene in which Alicia Vikander‘s Ava gives Domnhall Gleeson a blowjob. Call me a bottom-feeder but if the word-of-mouth on the street had included the phrase “robot goes down on a guy” business would be double what it is now. You know I’m right. You know Oscar Isaac‘s perverse genius billionaire would have definitely programmed Ava with this ability. Trust me — Metropolis director Fritz Lang would have approved. But that’s Garland for you — he’s not perverse or nervy. He’s a thinky, methodical, carefully ordered type of guy.