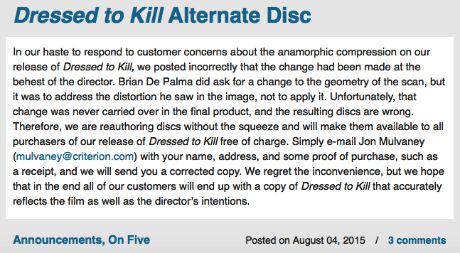 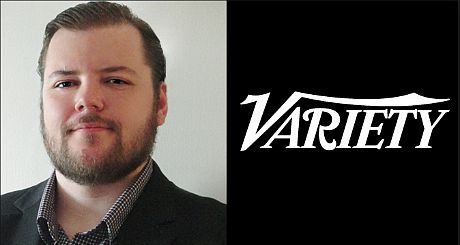 Give me Starbucks CEO Howard Schultz or Vice President Joe Biden as the Democratic Presidential nominee for 2016. We all suspect that Bernie Sanders will surge in Iowa and New Hampshire but then what? I don’t know much about Schultz but I like his coffee and efficiency. Nobody knows who the secretive Hillary really is, but everyone senses that she’s trouble waiting to happen. She plots, she connives and she may implode. With Biden you know who you’re getting — i.e., a mellow straight arrow who blurts out the truth. If it has to be Hillary then it has to be Hillary. I guess I can live with her but I’d rather not. She’d make a good, tough, right-of-center President. She’d be far preferable to any rightie currently running for the Republican Presidential nomination. (And it’s clear that the Gods are favoring her with the boorish Donald Trump currently a 2-to-1 favorite over Jeb Bush in the new Monmouth University poll.) But I’d feel better about things if Biden or Schultz got the nomination, in part because I wouldn’t have to support a Democratic Presidential Candidate with a testy attitude and a cackly laugh.

The presumption that Eddie Redmayne may have already won the 2015 Best Actor Oscar for his portrayal of Einar Wegener/Lili Elbe in Tom Hooper‘s The Danish Girl (Focus Features, 11.27) has been kicking around for five or six months. Different folks have been hinting at this in different ways. On 3.6 Deadline‘s Pete Hammond wrote that Redmayne’s performance will be “obvious catnip for Academy voters.” On 4.30 Danish Girl costar Matthias Schoenaert told Hitfix’s Greg Ellwood that he’s “sure” Redmayne’s perf is “gonna get a second Oscar nom…it’s probably [his] second Oscar, period. Not even just a nod.” On 7.29 L.A. Times columnist Glenn Whipp stated that the combination of “a hot button issue with two Oscar winners (Redmayne and Hooper) and a talented newcomer (Vikander), and you have the makings of an Oscar juggernaut.” 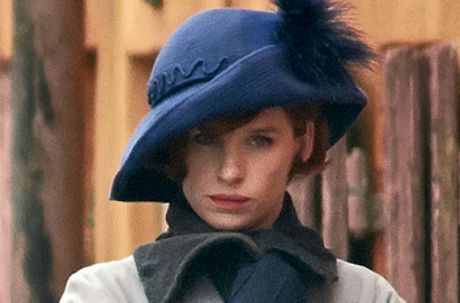 Eddie Redmayne in The Danish Girl.

And then there’s the Hollywood Elsewhere way of acknowledging the all-but-inevitable, which is a half-serious suggestion that the producers of the 2016 Oscar telecast should get Caitlyn Jenner to present the Oscar. It would have to be done in secret, of course, but why not? It’ll surely get the ratings, and this has been a year in which Caitlyn and the transgender community have caught fire in the media, and we all know this will be a contributing factor in guild and Academy voters voting for Redmayne (let’s go with the flow, don’t want to be seen as bigoted or small-minded). So why not accept and embrace what’s happening and make obvious ratings hay? Obviously Jenner walking on stage to present the Best Actor Oscar will kill the suspense element, but what kind of suspense could there be next February (i.e., six months hence) with everyone having more or less predicted a Redmayne victory since the previous March?

A few days ago L.A. Times columnist Glenn Whipp alerted the Academy of Motion Picture Farts and Sciences to adopt a guarded attitude about Brian Helgeland‘s Legend (Universal, 10.2). The warning was contained in a 7.29 piece that pondered which films being shown at the upcoming Toronto Film Festival might be award-season material. “We’ve seen this crime thriller, which sports the gimmick of the great actor Tom Hardy playing twin gangster brothers Reggie and Ron Kray,” Whipp wrote. “Hardy’s work is stellar, but the film, written and directed by Brian Helgeland, has its share of problems. It’s also extremely violent, and the stabby-stab-stab bloodshed will be sure to alienate many of the academy’s more squeamish members.”

30 Comments
My Weariness No Longer Amazes Me

After an erratic, confusing and lethargy-inducing first six episodes, True Detective finally decided two nights ago to deliver an installment — “Black Maps and Motel Rooms” — that seemed to actually pull you in to some extent. Well, sort of. Along with the usual feeling of being drained and diddle-fucked.

I feel so detached from this damn show that I didn’t watch it until last night (i.e., Monday), and I’d been a hardcore Sunday-night watcher for the previous six weeks, catching the East Coast feed at 6 pm. True Detective has been one of worst plot-diddling wankathons in search of a gripping drama that’s been consumed nationwide, ever. It’s dense and meandering and pickled to a fare-thee-well. I felt vaguely haunted during the first season (all of that bayou voodoo Yellow King shit), but mostly felt a growing annoyance with season #2. It’s become a joke, a punchline, a psychological endurance test. I honestly wouldn’t mind if the show just shoots itself in the head next week during the 90-minute finale (around the 45-minute mark, say) and goes to black screen. You know, like the final seconds of The Sopranos.

Read this moderately hilarious Atlantic summary by Spencer Kornhaber, Christopher Orr and David Sims — these guys could not give less of an infinitesimal speck of shit about this series. Read this q & a breakdown of the whole seven episodes by Slate‘s Willa Paskins — the woman is clearly in pain, pulling out brain strands and meshing them into soggy lumps and trying to stuff them back into her head. The truth is that I’ve loved the online summaries of Season #2 more than the show itself.

Yes, I was half-fatigued but half-intrigued at first by having to watch each episode two or three times and read two or three plot summary pieces to keep up…stay with it! But I realized last weekend that I didn’t give a shit any more. Because even when you sorta kinda half-assedly figure it all out a few plot points are still unclear. I gradually began to feel like Richard Burton‘s Alexander the Great contemplating the Gordian Knot. And then sometime last Friday or Saturday it came to me: “Fuck this show.” And you know I’m not alone. You know that the entire world has come together against it. You know that HBO chief Michael Lombardo was on the defensive about this last week.

I don’t what this Martian thing is. I don’t care to get it. But I know this: The instant that Matt Damon mentioned Aquaman my heart sank into my shoes. Reason: The very mention of a superhero immediately places The Martian on the uh-oh list. If you’re a serious, right-as-rain, power-hit space rescue movie, why do you feel the impulse to even mention a fucking superhero? They’re obviously trying to reach out to the idiot fanboys (i.e., the ones who had problems with the note-perfect AntMan but will be going in droves to The Fantastic Four despite the buzz) but mentioning Aquaman is a way of saying to serious Ridley Scott fans, “Uhhm, just so you know, this isn’t any kind of Alien thing…okay? We’re going with the times here. We need to bring in serious coin. I mean, if we could have worked in a cameo with Ben Affleck‘s Batman — would that be funny or what? Good Will Hunting in space with bat ears! — we would have.”