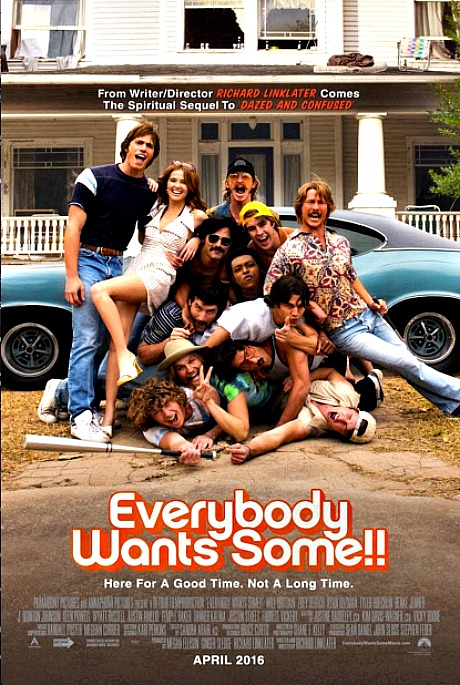 This trailer tells you that Jacob Bernstein and Nick Hooker‘s Everything Is Copy (HBO, 3.21), a doc about the late Nora Ephron, is chummy, admiring, familial — one of those valentine portraits that occasionally turn up in the wake of a celebrated person’s passing. (Jacob is the son of Ephron and ex-husband Carl Bernstein.) But Variety‘s Nick Schrager says it’s better than that.

“Anything but a morose tale of a bright light snuffed out far too soon, Bernstein’s documentary is an inspiring heartstring-tugger,” he wrote after the doc screened at last September’s NY Film Festival. “Buoyed by proficient nonfiction techniques, it nimbly captures, in both words and images, the spirit of Ephron: a larger-than-life force of nature whose triumphs were born from her unapologetic embrace of ambition, and from her shrewd recognition that honesty, whether sweet or scathing, always goes down better with a dose of humor.”

Damian Chazelle‘s La-La Land was recently research-screened in Pasadena. I heard (a) “diverting and lightly enjoyable,” (b) “a cute little love letter to old movies, old musicals, and the city of LA” and that (c) Ryan Gosling and Emma Stone, the singing-and-dancing leads, are both “really great.” Now TheWrap‘s Jeff Sneider is reporting that La-La Land is being given an award-season slot on 12.2.16 instead of a previously slated 7.15.16 debut. 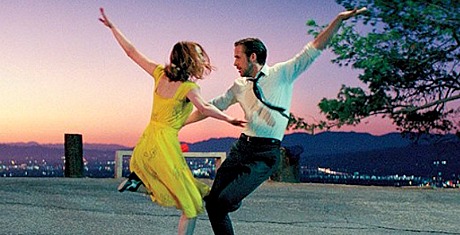 In other words, they’re figuring that likely critical and industry approval plus an easy Golden Globes nomination for Best Motion Picture, Comedy or Musical will give the film a better launch than if they just open it in mid-July and hope for the best.

The conventional wisdom is that La-La Land wouldn’t have had a chance against Sony’s Ghostbusters if it had stuck to the 7.15 opening. But of course these films aren’t really competing. La-La Land will appeal to cultured sophistos, fans of old musicals, cineastes, educated types; Ghostbusters is aimed squarely at the animal trade.

This morning I rsvped to a last-minute Brigade invitation to see Gavin Hood‘s Eye in the Sky (Bleecker, 3.11). It happens tomorrow at noon. Right away the publicist replied as follows: “Thanks, Jeffrey — noted. Will keep you posted on confirmation ASAP!” Two minutes later I wrote back: “What does that mean? You’ll…what, let me know if I can attend? It’s a little nickle-and-dime lunch-hour screening.” Publicist: “Correct, we’ve made note of your RSVP and should have word on confirmations by EOD today.” Me: “Can’t wait to find out!” 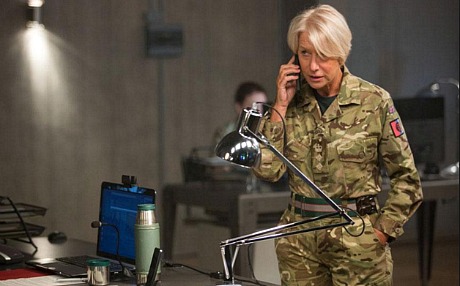 Seriously, who says “hey, would you like to attend a last-minute screening at noon tomorrow?” and then when you rsvp they turn around and say “okay, cool…we’ll let you know later on if we have a seat for you!”

Update: I’ve been told I’ve made the cut and that they have a seat for me at tomorrow’s noon screening. How flattering!

No biggie…just a moment during yesterday’s afternoon barbeque:

From 3.7.16 TPM piece, “Lust for Destruction,” by Josh Marshall: “A large segment of the American right is animated by a belief that ‘their’ world, their America is being taken away from them — this includes everything from declining white racial dominance, having to choose whether you want to hear the phone tree message in English or Spanish, changing cultural mores. The whole package. This is the essence of Donald Trump‘s campaign, the most visible and literal part of his appeal — beating back the external threat, the harsh anti-immigrant policies, Muslim bans, flirting with white supremacists, etc.

“Trump is the master of GOP dominance politics — the intrinsic appeal of power and the ability to dominate others. All of this has an intrinsic appeal to America’s authoritarian right, especially in a climate of perceived threat, which has been growing over the last two decades — something political scientists are now catching on to.

“The phenomenon of the imperiled, resentment right is something you’re well familiar with if you’re a close observer of American politics. Back in December we saw this show up in the demographic data in the unprecedented rising mortality rates of middle-aged whites from chronic substance abuse, overdose and suicide. And as the Washington Post‘s Jeff Guo noted last week, the states where middle-aged whites are dying fastest heavily correlate with the states where Trump has had his highest margins.

“Think about that for a second. Trump’s message and policy agenda hits every dimension of threat and change.

If given a choice between drone-killing a house full of hellbent terrorists and not drone-killing them because a young girl with a hula hoop is frolicking nearby, what would you do? Not a toughie by real-life standards, but a truly agonizing decision by the standards of a Gavin Hood suspense thriller costarring Helen Mirren, Aaron Paul and the late Alan Rickman. But what if you were Dwight D. Eisenhower in early June 1944 and you had two D-Day choices — (a) give the “go” order to invade and eventually defeat the Nazis or (b) not invade and thereby save the lives of God knows how many thousands of innocent French citizens (many of them children) who would inevitably be killed in the crossfire between Allied and Nazi forces. Would you decide against invading? Exactly. The answer to question #1 is a no-brainer.