“What made all the difference — and what resulted in records that either proved rock wasn’t a fad or ensured that it would not be — was that George Martin was an essentially good and sympathetic man who not only liked the Beatles but recognized their talent and potential. They learned from him — Paul McCartney has fondly recalled how Martin convinced him that a string quartet backing was the way to go for ‘Yesterday’ — and he learned from them.

“While he was able to whip off a credibly baroque-era harpsichord solo for ‘In My Life’ like it wasn’t no thang, Martin didn’t shrug off McCartney when he came into the studio raving about modernist composer Stockhausen, or when George Harrison studied with Ravi Shankar or started experimenting with analog synthesizers.

“Nine out of 10 other older musos in Martin’s orbit would surely have dismissed tape collages (an early form of sampling, if you think about it) as just so much unmusical nonsense. Martin, trying to please John Lennon’s request for a sonic kaleidoscope on ‘Being for the Benefit of Mr. Kite,’ got the razor and the tape and went to work. He and the Beatles introduced more avant-garde techniques and sounds into popular music than any pioneers before or since.

If I Am Wrath (Saban, 4.29) shows some narrative discipline, holds back a little and builds slowly and doesn’t lean too far in the direction of meta-mockery, it might be half-tolerable. Travolta knows how to do this kind of thing. I could believe him as the new Paul Kersey, and I could even enjoy the ride. Maybe. If director Chuck Russell doesn’t screw it up. Written by Yvan Gauthier and Paul Sloan. Costarring Christopher Meloni, Sam Trammell, Amanda Schull, Rebecca De Mornay and Luis Da Silva.

Meryl Streep is a good enough singer to know how to sing badly in just the right way. Not inept enough to torment her listeners but enough to make them chuckle and — who knows? — perhaps invite a little pity or compassion. And yet her bad singing is missing from the trailer for Stephen Frears‘ Florence Foster Jenkins (opening in England on 5.6, no U.S. date from Paramount). In real life self-delusion has never seemed funny to me. It’s the kind of thing that you just want to escape from. How, then, will this play? It’s probably more than just a one-joke film but I wonder what the added elements could be.

“Viewing Donald Trump in light of the fascists of the first half of the 20th century — who used economic stresses to scapegoat others, created cults of personality, intimidated opponents, incited violence, glorified their nations and disregarded international law, and connected directly with the masses — helps explain what Trump is doing and how he is succeeding. It also suggests why Trump presents such a profound danger to the future of America and the world.” — from a 3.9 Altnet piece by former Secretary of Labor, U.C. Berkeley economist and Inequality For All star Robert Reich, titled “Donald Trump, 21st-Century American Fascist.”

The average Rotten Tomato–Metacritic rating for 10 Cloverfield Lane (Paramount, 3.11) is 83%. That’s far too generous for a film that spends 85% or 90% of its length inside an underground quonset hut and never really turns you on or makes you laugh or scream or anything. I caught it last night at the AMC Century 14, and the second that the end credits began I all but leapt out of my seat and was speed-marching out of the plex like R. Lee Ermey in Full Metal Jacket.

It’s basically a drama of confinement — a three-character piece about a pair of late20somethings (Mary Elizabeth Winstead, The Newsroom‘s John Gallagher, Jr.) being held captive in a bunker by a fat, bearded, paranoid survivalist (John Goodman). Goodman is definitely an oddball with a temper but not a fiend — he just insists that something awful has happened up above (contaminated air, nuclear holocaust, alien invasion) and that they’re both very, very lucky he’s decided to save them.

On the other hand the place is on maximum security lockdown and so this is a little bit like Room, only bigger and homier with a nightly dinner hour and two or three classic-rock interludes (clap if you hate “I Think We’re Alone Now”).

Right away Winstead is suspicious about the ground-level threat story plus she smells some kind of malevolence residing deep within Goodman’s girth, and so most of the film is about (a) her extremely actorish responses to Goodman’s strangeness and possible bullshit (I was silently screaming “will you stop fucking ‘acting’ and just be in the situation and play it real and low-down?”) and (b) constantly plotting or attempting escape.

Tom Tykwer‘s A Hologram for the King (Lionsgate/Roadside, 4.22) is being sold as totally predictable, right-down-the-middle middle-aged redemption drama — healing, love, discovery, sandstorms. Based on a respected book by Dave Eggers. Who knows how good the film is? The trailer is clearly trying to make it look like Larry Crowne Goes To The Desert with Sarita Choudbury (remember her in Mississippi Massala?) in the Julia Roberts role. Plus the narration (and more particularly the vocal tone of the narrator) is deathly. Listen to the King trailer and then re-watch that ten-year-old Shining parody trailer [after the jump]. Same tone, same sing-song quality.

43 Comments
No, Scott & Larry — I Didn’t Say Cuba Is Unbelievable As a Killer. I Said He Lacks That Olympian, Big-Dick O.J. Quality…That Studly, Broad-Shouldered Schwing

In their KCRW interview with The Treatment‘s Elvis Mitchell, The People vs. O.J. Simpson co-authors Scott Alexander and Larry Karaszewski take issue with yours truly. It happens around the 26:20 mark — here’s the mp3. They say I criticized the casting of Cuba Gooding as O.J. because I couldn’t believe Cuba as a killer. I never said that. Anyone can be a killer if the wrong chemicals and circumstances combust. 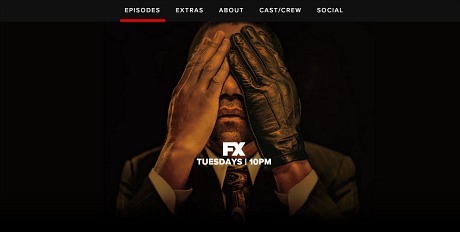 What I said is the following, broken down in sections (all re-posted): (a) At 5′ 10″, Cuba lacks that brawny, broad-shouldered quality that Simpson (who stands around 6′ 2″) had in his prime; (b) Cuba can’t find that cool, studly, possibly malicious vibe — a guy who might have an Othello complex going on inside; (c) O.J. had relatively trim, clean features while Cuba looks weathered, saggy, baggy-eyed; (d) Cuba has the wrong nose — OJ’s nose was fairly straight, almost Romanesque; (e) Cuba is whiny and raspy-voiced, his shoulders are narrow and small, he’s too short and wimpy.

Right off the top we’re given hints that Anthony and Joe Russo‘s Captain America: Civil War (Disney, 5.6) might be the least substantial in this Marvel series. (Joe Johnston‘s Captain America: The First Avenger stands the tallest, but the Russo’s Captain America: The Winter Soldier was a super-sharp, near-masterful follow-up.) Like Batman v. Superman: Dawn of Justice (Warner Bros., 3.25), it feels caught in the grip of a weak concept. But many believe that Zack Snyder (i.e., anti-Christ, new Michael Bay) isn’t fit to shine the Russo brothers boots. I support this view completely. Does Dawn of Justice have a line that feels as good as “I can do this all day”?

If it happens, Sean Parker‘s The Screening Room will offer viewers a chance to watch first-run movies for $50 a pop over a 48-hour period (along with a $150 fee for a receiving device of some kind). I’m not saying the idea will be supported by major distributors (last night Deadline‘s Anthony D’Allesandro reported there is strong resistance) but if it does roll out what do HE consumers think of it, concept- and wallet-wise?

Speaking as an effete consumer, I’m not interested in this idea at all. You know what I would like? A day-and-date streaming rental option for new Blurays, especially those from Criterion.

Variety‘s Brent Lang has reported that “as an added incentive to theater owners, Screening Room is also offering customers who pay the $50 two free tickets to see the movie at a cinema of their choice…that way, exhibitors would get the added benefit of profiting from concession sales to those moviegoers.”

Yes, film & sports fans — the former Andy Wachowski has joined Lana Wachoswski on the other side of the gender reassignment aisle and is now Lilly Wachowski. Meaning that the Wachowskis, who started out as brothers, are now the same gender again. This feels like a deflation d’estime. Not the gender-switching thing (whatever works) but the fact that the Wachowski siblings are now more noteworthy for their lifestyle and gender preferences than as mesmerizing dreamcat filmmakers, which is what they were from the mid ’90s to mid aughts. But it all started to go south after The Matrix Reloaded and Matrix Revolutions opened and disappointed in ’03. V for Vendetta worked for some but then came the final nails — Speed Racer, Cloud Atlas and especially Jupiter Ascending. I didn’t pay any attention to Sense8, their 2015 Netflix series, but I’d been accustomed to ignoring and/or putting off seeing their stuff so no biggie. One question: For years Andy was a baldie so where’d Lilly’s hair come from? Just asking. 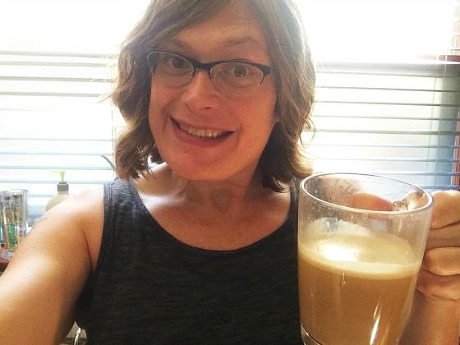