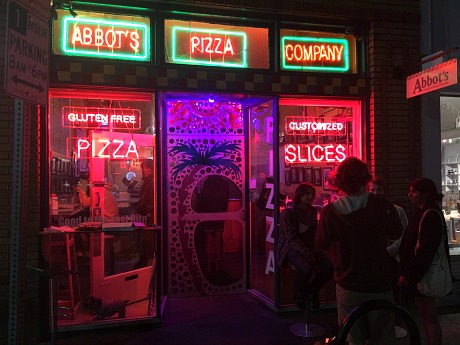 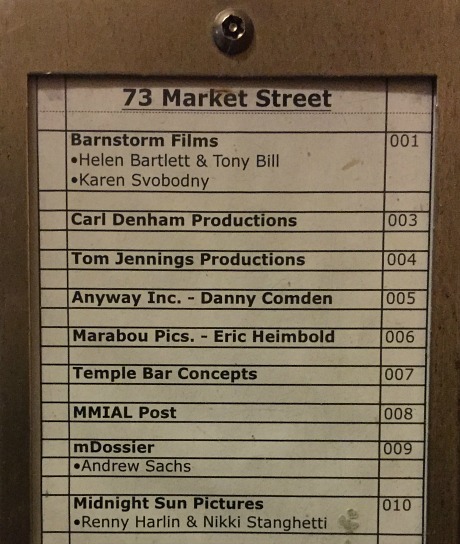 I’ve seen two of the 12 films opening on Friday, 4.8 — Demolition (Fox Searchlight) and Louder Than Bombs (The Orchard). I’ll be attending screenings of The Boss (Universal) on Tuesday and Hardcore Henry (STX Entertainment) on Wednesday. And I don’t have a great amount of interest in five others — Before I Wake (Relativity), The Dying of the Light (First Run), The Invitation (Drafthouse), Mr. Right (Focus Worlds) and One More Time (Starz Media).

Opening the following Friday (4.15) will be Barbershop: The Next Cut (no, thanks!), Criminal (no invites yet and it opens in 12 days), The Jungle Book, John Carney‘s Sing Street, Above and Below, Colonia, Fan, Green Room, Our Last Tango, Rio, I Love You.

I saw Milos Forman‘s Oscar-winning One Flew Over The Cuckoo’s Nest at least a couple of times when it opened in November ’75. I knew the play pretty well as I’d played Dr. Spivey in a Stamford Community Theatre production a couple of months earlier. I’d always admired Ken Kesey‘s play and particularly the metaphor of rebellion behind it, but I couldn’t quite love the film. Liked it, admired the construction and the ensemble performances, didn’t love it.

Maybe I just wasn’t all that aroused by Jack Nicholson‘s Randall P. McMurphy. I know what the consensus view is, but to me Jack seemed to be mainly playing himself while flirting with McMurphy. I would’ve loved to have seen Kirk Douglas’s 1963 Broadway stage version.

I can tell you that after those two viewings of Forman’s film I never saw it again…not once. And yet I’ve seen Nicholson’s other seminal ’70s films over and over — Chinatown, Five Easy Pieces, The Last Detail, Carnal Knowledge, The Passenger, The King of Marvin Gardens, etc. So why have I avoided Cuckoo’s Nest all these decades? Mainly, I think, because it’s essentially about terms of confinement.

McMurphy triggers a rebellion but he’s a sloppy Spartacus, and he winds up lobotomized and dead. And for what? The right to sneak prostitutes into the ward and get everyone drunk? Is McMurphy a champion of free will or isn’t he? He blows at least a couple of chances to escape Nurse Ratched’s control during the second half but he just hangs around.

As John Boorman‘s Point Blank opened on 8.30.67, I’m guessing it shot sometime in the early to mid fall of ’66. The wrap party, I’m guessing, was probably held in November or December of ’66. It happened at a place called “The Zoo” which was also known as Osko’s (333 So. La Cienega, corner of La Cienega and San Vicente, south of Third Street) around the same time. I’d like to time-machine back so I can attend. How many times in the life of the planet did Lee Marvin, Boorman (33 at the time, looked 27), Warren Oates (38 at the time, looked 30), Steve McQueen (36), Burt Reynolds (30), Keenan Wynn and probably Angie Dickinson joke around, get silly and dance the shing-a-ling at the same gathering? 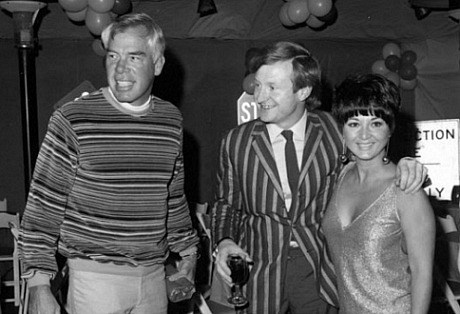 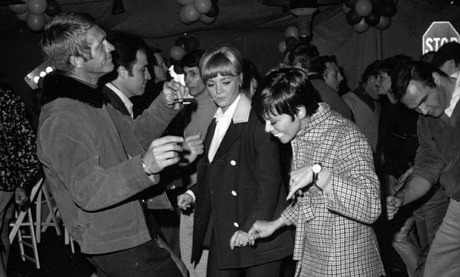 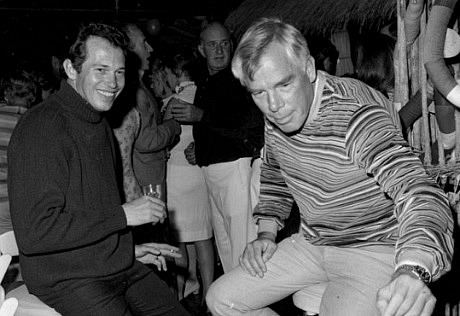 This morning Jason Henschel (‏@Henschie42) asked Big Red One costar Mark Hamill (@HamillHimself) to describe Lee Marvin, who starred in the same 1980 Sam Fuller war film, in seven syllables. Hamill said nothing to I stepped into the breach: Flinty deep-voiced irony. Can anyone top this? 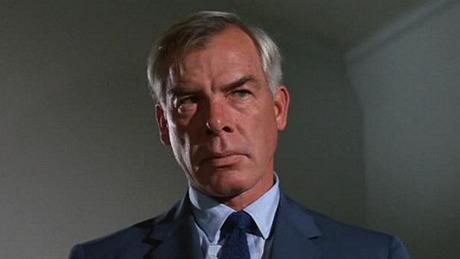 …he would announce that he’s made some huge mistakes, that he realizes he has certain limits and blockages, that he lacks the self-awareness and general finessing skills that all politicians need to survive, and that because he’s now facing all-but-insurmountable negatives he’s decided that for the good of the Republican party to fold his candidacy, and may the best man win. If he were to do this Trump would be applauded by all sides, and he’d be on a path to a certain kind of redemption. His brand would henceforth glow in people’s minds.

.@nytdavidbrooks says @realDonaldTrump will be known as the greatest loser in American politics in 100 years. #MTP pic.twitter.com/jkebfbPe0G