Support on Patreon Follow @wellshwood
40 Comments
Anything That Dents Ghostbusters, Even In A Put-on Realm…

From a 6.15 McSweeney’s essay by Samuel Priest: “I hate the new Ghostbusters movie because my number one issue when judging a film is and has always been Hollywood finance reform. And frankly, I’m tired of all big blockbuster movies. The movie system is corrupt and I think we need to put our foot down, right now specifically in 2016, to put a stop to this new Ghostbusters movie as a signal that we’re done with all big hollywood blockbusters. And if you don’t agree with me, well, maybe you need to stop buying movie tickets with your vagina.

“Of course we’re ready for a comedy-action movie with female leads. And of course, we’re overdue. But I think we need to wait for the RIGHT new Ghostbusters movie, not just ANY Ghostbusters movie. The women in the new Ghostbusters movie have a lot of good comedy experience — yes, of course. But over the last 20 years I can find a few examples of them not being funny, especially when you take those moments out of context.”

Last night I ran into Scotty Bowers, the 92 year-old co-author of “Full Service: My Adventures in Hollywood and the Secret Sex Lives of the Stars,” which popped in early 2012. (Here’s my review.) It happened at a nearby Whole Foods (Fairfax & Santa Monica Blvd.), and for a guy who will turn 93 in less than two weeks he’s very charming, alert and well-spoken. The only other over-90 fellow I’ve spoken to who has the same classy manner and mental acuity is Norman Lloyd, whom I first interviewed in ’05 and who’s now 101.

Scotty said the book has sold quite well. He mentioned $400K, but with the clatter of the market and having only just met the guy I didn’t press him on whether that was his cut or if worldwide book sales have grossed that amount.

I asked him about Matt Tyrnauer‘s Scotty, a long-in-the-works documentary based on “Full Service” that was reportedly screened for buyers at least year’s Cannes Film Festival. He only said that he’d offered over 100 hours of recollections in front of Tyrnauer’s camera, and that the film was in the home stretch, etc. I said it would be great to see the finished version play at one of the festivals next year.

In ’79 or thereabouts I was reading the graffiti on the men’s room wall at the Bleecker Street Cinema (opened in ’60, died in ’91). Nothing but referenced, film-hipster stuff. Somebody had written “hello, Noel Carroll!” (Carroll is now a respected author, art philosopher and professor — he was then a critic for the Soho Weekly News.) Another visitor had written “let’s go!” Explaining what film that line was taken from would have been too pedestrian. Everyone who visited that bathroom knew it cold. (Pics below stolen from an undated Cinephilia & Beyond piece titled “SAM PECKINPAH’S ‘THE WILD BUNCH’ IS SAVAGE POETRY; ONE OF THE GREAT MASTERPIECES OF WORLD CINEMA.”) 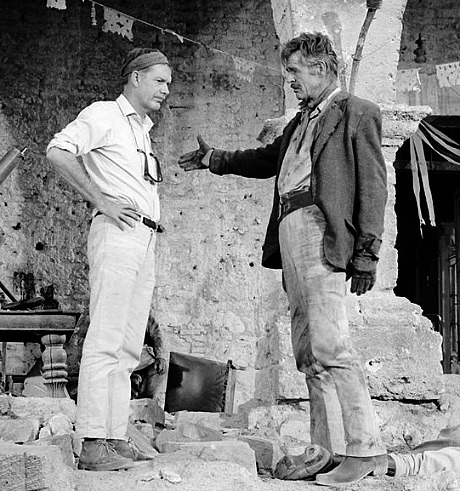 I dreamt last night that I went to see Finding Dory. I bought my popcorn and drink, sat in my seat, the lights came down…and then I woke up. Seriously, all animated films are out of my life for the rest of my life. Corporate-branded heroin for the family audience. I don’t care how good they are, and by saying that I’m obviously recognizing that most of them are. The experience that convinced me to kick animated films permanently was catching Patrick Osborne and Kristina Reed‘s Feast at the Savannah Film Festival in October 2014. 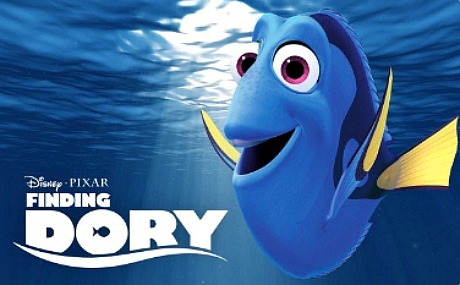 A 6.18 Vice story reports that Oakland “has gone through three police chiefs in nine days in the wake of a series of scandals involving alleged sexual misconduct and racist text messages.

“Paul Figueroa took the position of acting police chief on Wednesday, replacing Ben Fairow as the department’s top cop. Just two days later, Oakland Mayor Libby Schaaf held a press conference to announce Figueroa had resigned his duties [due to alleged] racist text messages and emails exchanged by officers. While announcing Figueroa’s resignation, Schaaf used strong language to condemn what she described as the ‘toxic’ and ‘macho’ culture inside the department. ‘I am here to run a police department, not a frat house,’ Schaaf said angrily. ‘We are hell-bent on rooting out this disgusting culture.'”

Comment #1: The Oakland scandal is an HBO movie, and maybe even a feature. It’s the House of Borgia in uniform with nightsticks. It’s about the clash of two radically different realms — that of a progressive feminist mayor looking to enforce a fairer, less racist system vs. the sexist, swaggering old-boy network of beat cops in a big, tough, racially combustible city. Things are obviously changing in this country, and even the randiest and gruntiest big-city cops know their way of life is on the way out. But it won’t be pretty.

Comment #2: Did Schaaf ever read a Joseph Wambaugh novel when she was younger? Has she ever seen The Wire, Serpico, Prince of the City? Who does she think is attracted to being a cop in the first place? Liberal p.c. pantywaists? There are good cops out there, but others are not exactly sweethearts. Some are good-hearted and fair-minded but many are white traditionalists holding on to a shrinking turf.