N.Y. Times reporter Amy Chozick is persuaded that Hillary Clinton will likely announce her selection of Virginia Senator Tim Kaine (a.k.a. “Basketballhead”) via email on Friday afternoon. Liberals are in pain over this; I’m furious. Kaine is a lethally dull, sparse-haired, beady-eyed establishment centrist. In selecting him Clinton is basically telling supporters of Bernie Sanders and Elizabeth Warren to sit on their convictions and to forget about the whole super-charged, start-a-revolution fervor of the 2016 primary season. Clinton, seen by heartland bubbas as unlikable and ethically hopeless, is making a huge mistake by partnering with a toothless moderate who is obviously not a game-changer. Charles Chamberlain, exec director of Democracy for America, told Chozick that going with Kaine “could be disastrous for our efforts to defeat Donald Trump in the fall” because of his support of the Trans-Pacific Partnership. I for one am off the boat. Clinton has totally blown it. I’m voting for…I don’t know who I’ll vote for but right now I’m furious beyond words. 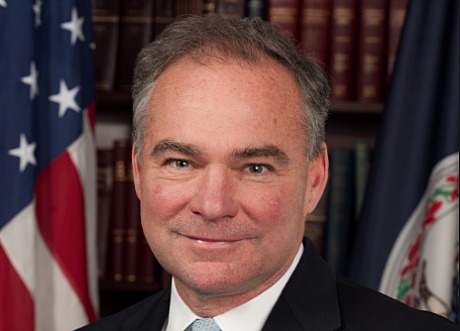 When a film debuts at the Venice Film festival, it’s not unusual for it to also show up at the overlapping Telluride Film Festival, and also, more often than not, at the Toronto Film Festival. So Variety‘s Nick Vivarelli reporting that Tom Ford‘s Nocturnal Animals and Denis Villeneuve’s sci-fi pic Arrival “are virtually assured a Lido launch”…well, there you have it. Both are likely to screen also in Colorado. Or, failing that, at least in Toronto.

As usual, the calendar presents problems for Telluride. Challenges, I meant to say. The Venice Film Festival will run from Wednesday, 8.31 thru Saturday, 9.10, and the Telluride Film Festival starts on Friday, 9.2 and ends on Monday, 9.5. Venice therefore has a two-day jump. Venice’s world premieres of Nocturnal Animals and Arrival would have to happen early (no later than Thursday, 9.1 and Friday, 9.2) for their respective filmmakers to fly to Telluride straight after.

The Venice Film Festival will announced its full slate a week from today — on Thursday, 7.28.

14 Comments
Perez Isn’t a Dynamic Pizazz Type But, Unlike Vilsak or Kaine, He’s At Least Tolerable

Labor Secretary Thomas Perez, 54, is said to be another of Hillary Clinton‘s favorites for a possible vice-presidential running mate. Perez is bright, Latino, personable, mild-mannered, a good guy, toothy, highly educated, bald. He clearly has more progressive pizazz than Hillary’s boring-white-guy favorites, Tim Kaine and Tom Vilsack. Perez is clearly more progressive than these two bowls of room-temperature soup. But he still doesn’t have “it”. No snap, virility, hormonal magnetism. Elizabeth Warren is the only high-energy, rock-and-roll, revivalist alternative, and Hillary (whom I’m learning to hate all over again) can’t decide what kind of boring she wants from her vice-presidential partner. 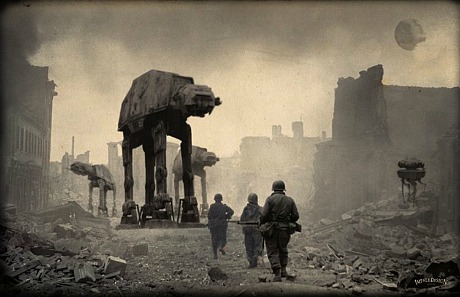 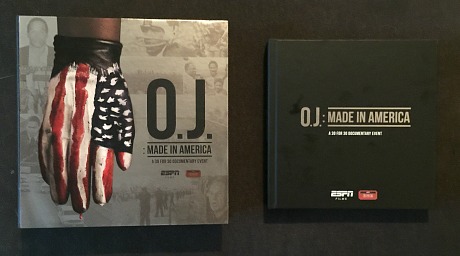 Bought the just-released O.J.: Made in America Bluray box last night. Only $35 for one of the most searing and memorable docs of the 21st Century, and a slamdunk for Best Documentary Feature if the Academy doesn’t disqualify it.
July 21, 2016 2:20 pmby Jeffrey Wells
6 Comments
Race Against Time, Not To Mention The 405

I’ve just been told I can attend this afternoon’s 5 pm screening of Oliver Stone‘s Snowden in San Diego. That’s a logistical problem considering that (a) I’m still in West Hollywood and (b) it’s 2:10 pm as we speak. If I leave within 20 minutes I might be able make it. Maybe. This is nuts but I’m figuring “go for the gusto,” life is short, etc. Update:  Forget it.  A half-hour ago Google Maps informed it’ll take three hours and 27 minutes to drive to San Diego’s Horton Plaza.  I just wasn’t fast enough.  I’ll see it sometime next month.  The embargo review date is 9.10.

Hollywood Elsewhere supports the just-announced lawsuit filed by Oscar-winning screenwriter Marl Boal against the U.S. government. It was filed in response to a threat by a military prosecutor in Bowe Bergdahl‘s upcoming court martial to subpoena Boal’s taped interviews with the Army deserter and former Taliban P.O.W. prisoner of war. Boal has been writing a screenplay about Bergdahl’s story, which may be directed down the road by longtime creative partner Kathryn Bigelow (The Hurt Locker, Zero Dark Thirty).

But I ask again with all sincerity — who the hell wants to see a movie about Bergdahl? What is it that I’m missing about this guy that supports an admiring or even an interesting portrait?

I’ve said before that I don’t want to see a film that portrays Bergdahl as a thouightful, perceptive anti-war humanist who found the courage not to fight in Afghanistan and to abandon his post only to be captured by the Taliban, etc. I’ve come to suspect that Bowe’s desertion was an act of a mentally unstable asshole, particularly since his desertion led to a search party that resulted in the deaths of fellow combatants. The general assessment is that Bergdahl is not made of uncommon valor. He appears to have been mentally unstable at the time of the desertion. He walked off his post without even carrying a weapon, for Chrissake.

(More…)
July 21, 2016 1:32 pmby Jeffrey Wells
19 Comments
What Will Dern Do in Chappaquiddick Film? Mutter A Word or Two? Twitch His Facial Muscles? 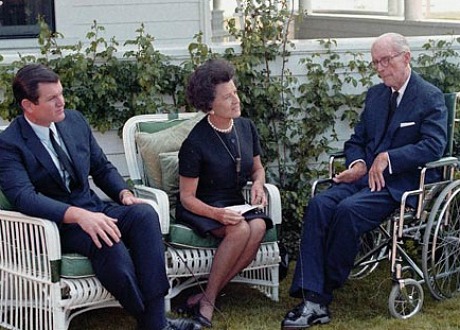 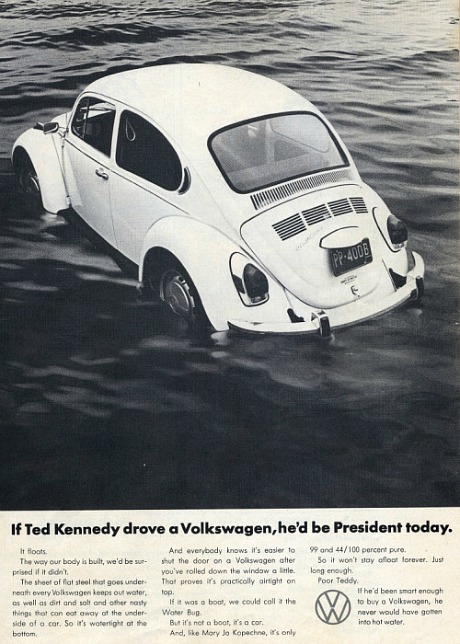 “I think Trump is going to win. I’m sorry. People are in denial of this, but [his] chance of winning is really, really good. It’s going to be the Brexit strategy. I was there during the Michigan primary, [and what Trump was saying] was music to people’s ears. More people in the Michigan primary voted Republican than Democratic….that’s disturbing” — Michael Moore during last night’s Bill Maher/Real Time special assessment of the Republican Convention’s activities. I posted this last night, but pay closer attention. Moore begins his riff around the 9:45 mark — make it the ten-minute mark.