Six and a half years ago I explained how Barry Lyndon is saddled with an unfortunate dead zone problem in its second half. A dispiriting chilliness. I happened to watch this portion of the 2011 Warner Home Video Bluray last night, and I was reminded how spot-on my 4.22.10 essay was. I’ve re-posted a portion of it:

“I’ve seen Barry Lyndon at least fifteen times. Possibly a bit more than that — I’ve lost count and who cares? It’s brilliant, mesmerizing, exquisite — a dry, note-perfect immersion into the climate and mores of William Makepeace Thackeray‘s novel, and, by its own terms, one of the most perfectly realized films ever made. But the problem — and this needs to be said (or re-said) with all the passionate but vaguely snobby Lyndon gushing going on these days — is that it turns sour at a very particular point.

“In my eyes, Barry Lyndon is just a notch below great because of this dead zone section in the second half.

“It begins at the moment when Barry (Ryan O’Neal) blows pipe smoke into the face of his wife, Lady Lyndon (Marisa Berenson). Something happens at that instant, and from then on it’s ‘oh, odd…the energy is dropping, and I’m starting to enjoy this less.’ For another 30 to 40 minutes (or what feels like that amount of time), Barry Lyndon gets slower and slower, draggier and draggier, more and more morose — stately compositions, dispassionate observation, grim-faced tableaus.

I would like to stream all ten episodes of Paolo Sorrentino‘s The Young Pope right now. This weekend, I mean. Total binge-out. And you know it won’t diddle around like Westworld — it’ll have tension, an arc and an ending. Sister Mary (Diane Keaton): “Everyone is afraid of you.” Lenny, aka Pope Pius XIII (Jude Law): “That’s not exactly true (beat) but it will be.”

While 35% of my time at any Sundance Film Festival is split between screens at the Library, the Holiday Village, the Egyptian, the Doubletree (formerly the Yarrow) and the Prospector Lodge, 65% is spent watching the premieres at the Eccles. So with today’s official announcement of the 2017 Sundance premieres, two-thirds of my Sundance agenda has now been determined. Here are my Eccles favorites:

Beatriz at Dinner (Director: Miguel Arteta, Screenwriter: Mike White) — Beatriz, an immigrant from a poor town in Mexico, has drawn on her innate kindness to build a career as a health practitioner. Doug Strutt is a cutthroat, self-satisfied billionaire. When these two opposites meet at a dinner party, their worlds collide and neither will ever be the same. Cast: Salma Hayek, John Lithgow. Wait…Hayek as a poor immigrant?

Call Me by Your Name (Italy-France / Director: Luca Guadagnino, Screenwriters: James Ivory, Luca Guadagnino) — The sensitive and cultivated Elio, only child of the American-Italian-French Perlman family, is facing another lazy summer at his parents’ villa in the beautiful and languid Italian countryside when Oliver, an academic who has come to help with Elio’s father’s research, arrives. Cast: Armie Hammer, Timothee Chalamet, Michael Stuhlbarg, Amira Casar, Esther Garrel, Victoire Du Bois.

The Discovery (Director: Charlie McDowell, Screenwriters: Charlie McDowell, Justin Lader) — In a world where the afterlife has just been scientifically proven, resulting in millions of people taking their own lives to get there, comes this love story. Cast: Jason Segel, Rooney Mara, Robert Redford, Jesse Plemons, Riley Keough, Ron Canada.

Fun Mom Dinner (Director: Alethea Jones, Screenwriter: Julie Rudd) — Four women, whose kids attend the same preschool class, get together for a “fun mom dinner.” When the night takes an unexpected turn, these unlikely new friends realize they have more in common than just marriage and motherhood. Together, they reclaim a piece of the women they used to be. Cast: Katie Aselton, Toni Collette, Bridget Everett, Molly Shannon, Adam Scott, Adam Levine.

The award selections of the Los Angeles Film Critics Association prompted some forehead-slapping yesterday, but one thing they got right was almost giving their Best Supporting Actor trophy to Silence‘s Issey Ogata. I saw Silence with everyone else yesterday afternoon at Westwood’s Village theatre, and I can tell you that Ogata’s performance was the one everyone was buzzing about — more so (and I mean no disrespect in saying this) than the perfs by Andrew Garfield, Adam Driver or Liam Neeson. Ogata has that natural snap and pizazz, and I’m telling you that he has to emerge as one the five Best Supporting Actor Oscar contenders — he really does. If Academy members blow him off, their reputation will take a hit. Silence reviews are embargoed until Saturday, 12.10 at 8 am. 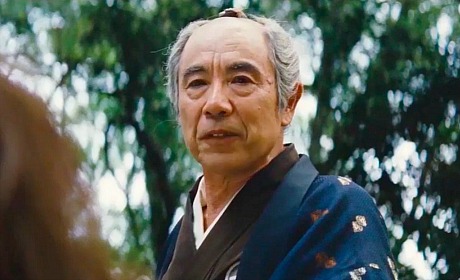 Renowned Japanese actor Issey Ogata, who steals Silence and runs away with it.
December 5, 2016 1:08 pmby Jeffrey Wells
15 Comments
Fast On His Feet, Unlike The Academy

A couple of hours ago The Hollywood Reporter‘s Gregg Kilday broke the news that Jimmy Kimmel will host the 2017 Oscar telecast. Last year the hiring of Chris Rock to host the 2016 Oscars was announced on 10.21.15, or roughly six weeks earlier than today’s report. It took eons for the Academy to finally hire Michael De Luca and Jennifer Todd to produce the show (that announcement broke on 11.4), but now Deluca and Todd have pulled the trigger on Kimmel only a month later. The Oscar show will air on Sunday, 2.26, or nearly 11 weeks hence.

The hoo-hah is based on a “ridiculous misunderstanding” of what actually happened, Bertolucci says.

“I would like, for the last time, to clear up a ridiculous misunderstanding that continues to generate press reports about Last Tango in Paris around the world,” Bertolucci wrote. “[Three] years ago at the Cinematheque Francaise someone asked me for details on the famous butter scene. I specified, but perhaps I was not clear, that I decided with Marlon Brando not to inform Maria that we would [use] butter. We wanted her spontaneous reaction to that improper use [of the butter]. That is where the misunderstanding lies.

24 Comments
Unrequited Love Is The Only Kind That Lasts

For one brief moment yesterday, Lily Gladstone‘s performance as a lovestruck ranch hand in Kelly Reichardt‘s Certain Women became a thing. Okay, it’s still a thing today. Perhaps her pop-through will gather a certain esteem between now and the announcement of Oscar nominations in January. Gladstone’s performance certainly registers in a distinct, low-key way, and it’s at least conceivable that Academy and guild members will take notice and vote for her. If, that is, they can get through Reichardt’s film, which has struck some (myself included) as a “watching paint dry” experience.

I didn’t need reminding but I’ll bet a lot of people had never given Gladstone’s turn a second thought until the Los Angeles Film Critics Association gave her their Best Supporting Actress award — a decision that seemed questionable if not eccentric given that it necessitated a blow-off of Michelle Williams‘ world-class emoting in Manchester By The Sea.

I certainly realized that Gladstone was a big stand-out element after watching Reichardt’s film at last January’s Sundance Film Festival. But her performance is more or less a one-note thing, expressive but largely non-verbal — “I’m a Belfry-residing stable hand who’s sad and isolated but deeply intoxicated with the idea of having Kristen Stewart as my lover, and I can’t wait for her next biweekly law class so I can sit there and ignore her teaching so I can just sink into her beauty.”

Gladstone freaks when Stewart’s character decides to stop commuting from Livingston to teach the Belfry class, and so she drives all the way to Livingston herself to tell Stewart that she’s got it bad for her — a confession that Stewart obviously doesn’t want to hear, much less deal with.

(More…)
December 5, 2016 7:37 amby Jeffrey Wells
8 Comments
Standing Rock Victory Is Glorious, But What Happens When The Bad Guys Take Over In January? 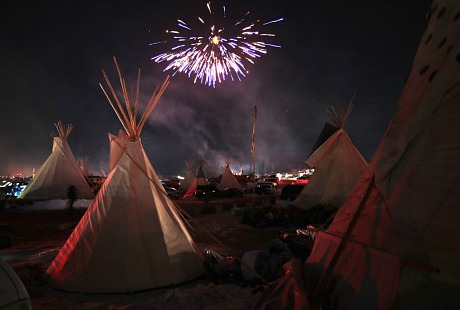