Support on Patreon Follow @wellshwood
16 Comments
More Realistic Depiction of Raw Ocean Turbulence Than Waterworld, And It Was Shot In A Studio Tank

Almost four years ago (April 2012) Eureka / Masters of Cinema released a Region 2 Bluray of Alfred Hitchcock‘s Lifeboat (’44). I bought it, liked it as far as it went. It was a little worn and soft-focused at times; other portions looked great. Now there’s a domestic Bluray from Kino coming 3.7.17. Took ’em long enough. 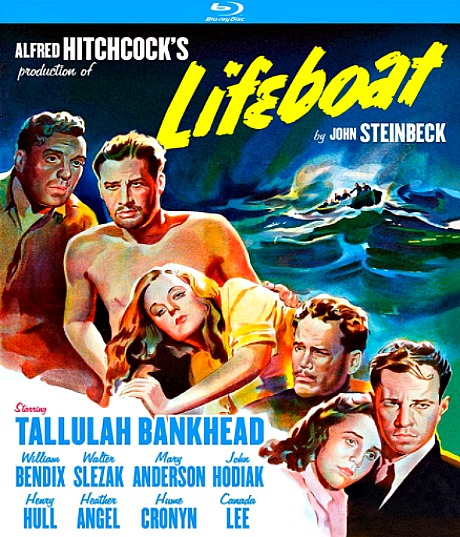 There’s also a high-def Amazon streaming version that may or may not look good.

Set entirely on a 40-foot-long lifeboat in the middle of the Atlantic, Lifeboat is the first of Hitchcock’s four confined-space films, the others being Rope (’48), Dial M for Murder (’54), and Rear Window (’54).

One of my favorite moments happens just as Tallulah Bankhead has offered a priceless diamond bracelet to be used as a lure to catch a fish with. “I can recommend the bait,” she says. “I should know, I bit on it myself”.

Passed along by Bill McCuddy, originally from a book by Jeffrey Lyons: “A few days into shooting the Lifeboat dp or assistant director comes to Hitchcock and says ‘Tallulah isn’t wearing any underwear.’ Hitchcock asks and she admits it, and Hitch says, ‘I don’t know whether to call hair or make-up.'”

The last two minutes are about a young German sailor, his ship torpedoed and sunk, pulling a gun on the boat’s inhabitants (Bankhead, John Hodiak, Henry Hull, Hume Cronyn, etc.), and then, having been disarmed, asking “aren’t you going to kill me?” I’ve always loved the final line, spoken by Bankhead.

Today is Faye Dunaway‘s birthday. This might sound like a rough draft for an obit, but it’s not meant to. I’m just paying respect to a legendary actress who has long had a rep of being an extra-gusto type — steely, gifted, high-strung, large of spirit, whipsmart, occasionally tempestuous, always out for the big game.

In the public mind, naturally, Dunaway will always be the sum total of her finest performances — Diana Christensen in Network (for which she won a Best Actress Oscar 40 years ago), Bonnie Parker in Bonnie and Clyde, Evelyn Mulwray in Chinatown, Kathy Hale in Three Days of the Condor and, somewhat painfully, Joan Crawford in Mommie Dearest. For that great Frank Perry film (which I’ve seen four or five times, and fell for the first time I saw it at the Manhattan headquarters of Paramount Pictures in August of ’81) more or less ended her 14-year hot streak, which had begun in ’67. 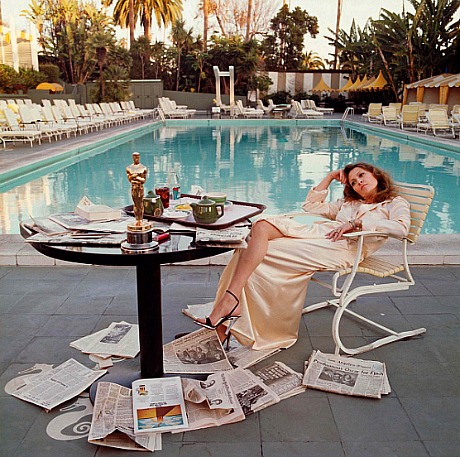 Dunaway had just turned 40 that year and was, in my mind, at the peak of her game. I couldn’t have foreseen any career problems at that point — she had just given one of the greatest guns-blazing performances ever — but Mommie Dearest, odd as it now sounds, was the end of the big-time.

Well, not the “end” but why is it that I can’t think of any serious stand-out performances after Mommie Dearest except for Barfly? For her portrayal of Joan Crawford was so processed and celebrated as a kind of camp classic, things slowed down for her due to typecasting. Or so Dunaway came to believe.

“After Mommie Dearest, my own personality and the memory of all my other roles got lost along the way in the mind of the public and in the mind of many in Hollywood,” Dunaway said in her 1995 ghost-written memoir. “It was a performance. That’s all that it was. For better or worse, the roles we play become a part of our persona, and the actress and the woman are identified with that persona. People thought of me as being like her. And that was the unfortunate reality for me about this project.

Right away I thought “this is brilliant…Tina Fey playing the departed Carrie Fisher as a Priness Leia (or Obi Wan Kenobi)-like hologram, offering SNL hosting advice to Felicity Jones.” Actually not, but it could’ve been that. It was the only bit in last night’s show that made me sit up, at least as far as the potential concept was concerned.

It’s not that I’m disinclined to write at length about Raoul Pecks’ I Am Not Your Negro (Magnolia, 2.3), which renders the impassioned life and times of the great James Baldwin with clarity and precision. It’s that I can’t think of anything to say except (a) “this is a sterling, well-edited, highly intelligent film that ought to be seen and reflected upon by everyone” and (b) “yup, that was Baldwin, all right…a lion and a prophet who lived a robust life.”

The only book of Baldwin’s that I actually sat down and read was “The Fire Next Time” (’63). It dug right down. Straight, astute, honest observations about the undercurrent of racial relations in the Kennedy era along with intimations of the militancy that would begin to manifest in the mid ’60s. But most of my impressions of Baldwin came from talk show appearances and magazine articles. It’s all in the doc, all in his words. He was a seriously tough hombre who didn’t mince words.

The basic story arc of Baldwin’s life — coming to terms with his apartness, artistic aspirations and anger at U.S. racism in the late ’30s and ’40s, moving to France (Paris and then St. Paul de Vence) in ’48, returning to the U.S. in ’57 to grapple full-on with the beast, rising to full cultural prominence in the ’60s and early ’70s, becoming a leading voice of resistance in a tumultuous time, harnessing his anger and fusing it with social criticism, poetry, demonstrating in marches, etc. — just gets you deep down.

The man had moxie and a bullwhip tongue. A gay man who retreated only to find his voice in Europe and then return home when there was nothing else to do, a man who came back to his native land with guns blazing…speaking truth to power.

All my life I’ve been averse to jelly-bean, sorbet-like colors, particularly when it comes to apparel. Colors that are so odious, so plastic, so staunchly opposed to the natural order and hue of things. Colors that insist on a certain obnoxiousness. You can’t order people to develop a sense of taste about stuff. Taste is a result of a thousand distastes, and either you get this at the end of the day or you don’t. Some people, clearly, are incapable of this — incapable of stepping back, examining their wardrobe and shoe closet and saying, “Holy shit…what am I doing?” Eyesore colors are conventional permutations in certain corners of Latino culture…intense teal, phosphorescent pinks….I get that. But I was still a little stunned this morning when I saw the below photo-plus-caption from Los Angeles broadcaster Elizabeth Espinosa. 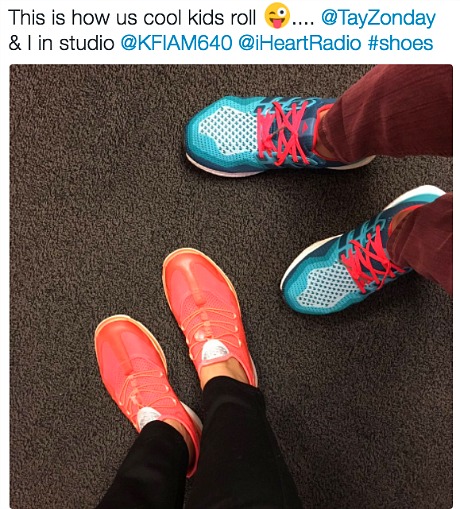 With one of the worst Arturo Ui-like demagogues in the history of this planet moving into the White House in five days and the general terms of life for all but the well-heeled about to be profoundly degraded and perhaps even poisoned (God help us)…with the realization finally hitting most of us that this happened because too many left-of-center humanist types crawled so far into their own p.c. anal cavities that they told themselves that a palpable populist movement that was tapped into simultaneously by Donald Trump and Bernie Sanders didn’t matter all that much, and that a fundamentally dislikable candidate with a checkered history, a braying voice, the vibe of an ex-wife and the manner of a testy substitute teacher could win the votes of Middle Americans…with all of that horror descending upon us like the furies, it hit me this morning that Oliver Stone‘s inches speech is something to meditate upon. Substitute the football terminology for the political-cultural stuff, and it all sounds exactly right.

“We can stay here and get the shit kicked out of us, or we can fight our way back, into the light…we can climb out of hell, one inch at a time.”