Support on Patreon Follow @wellshwood
75 Comments
One Of The Most Satisfying, Just-Right Endings of All Time. Seriously.

“You were right and I was wrong. (beat, beat) About the horses, the Lipizzaners. They are from Spain and not Portugal.”

Daily Beast contributor Michael Musto has chatted with an “anonymous Oscar voter” about likes and dislikes among the nominees. Whenever these articles run (The Hollywood Reporter‘s Scott Feinberg started the trend), people always call the Oscar voter in question a muttonhead, a barbarian, a fool or an old fart, etc. Musto himself says the guy he spoke to “deserves an award for the surprising things he had to say” — surprising as in clueless or idiotic. You can tell the voter is long of tooth because he doesn’t recognize that Justin Hurwitz‘s La La Land score is quite good and hummable, and because he references Singin’ In The Rain. At least he has his own views and isn’t asking his secretary or housekeeper to tell him which names to fill in, etc. I for one completely agree with the guy about Toni Erdmann and The Salesman.

If somehow Arnold Schwarzenegger and Donald Trump could actually switch jobs, I for one would be delighted. Who wouldn’t? During his tenure as California governor Schwarzenegger showed himself to be a sensible, practical, non-crazy Republican. Was he as good for the state as Jerry Brown? No, but if I could install A.S. in the White House by clapping three times, I would definitely do that.

3 Comments
“Everyone Does Stupid Things When They’re Young…”

“…but not everyone prints them in a book.” — Ochan Powell speaking about husband William, author of “The Anarchist Cookbook,” in Charlie Siskel‘s American Anarchist:

“In 1970, at 19 years of age, William Powell wrote the infamous bomb-making manual and anti-authoritarian tract ‘The Anarchist Cookbook‘, and in his compelling but ultimately sanctimonious documentary American Anarchist, director Charlie Siskel insists that Powell repeatedly berate himself for it.

“What starts out as a potted political history of a turbulent time and a righteously confrontational investigation into intentionality and personal moral culpability for the actions of others (and whether such things have a statute of limitations) turns into a self-righteously insistent harangue that leaves an especially sour taste in light of Powell’s sudden passing in July, just a few months after these interviews were filmed. 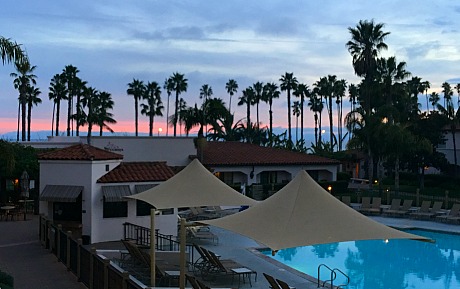 This question is being posed at least two years too early, but who has the better shot at the 2020 Democratic Presidential nomination, Cory Booker or Gavin Newsom?

As predicted, as expected, a certain needling presence in the HE realm has called out yesterday’s Moonlight riff (“Moonlight in the Ozarks“) for stating that a big part of Moonlight‘s success with critics and industry types is that it’s black and gay, and that it wouldn’t have done half as well if it had been about some rural gay kid from the Ozarks. The needling presence accused me of expressing myself in a racially incorrect manner. Here’s my reply, sent a few minutes ago:

Do you keep a hickory stick at home to beat people like me with…you know, people who don’t get it the way you do?

You know that Moonlight, which I’ve admired all along as far as it goes, would be considered a marginal film at best, and certainly not a Best Picture contender, if the lead protagonist was a gay white-trash kid/teen/older guy from the Ozarks. You know this and you lie all the same.

You know that a certain carte blanche NY & LA p.c. mindset exists regarding any and all black, gay, lesbian, transgender, fat-shamed or Native-American characters in movies. You know it, and yet you lie and try to give me grief because I speak plainly and frankly about these matters rather than put on my p.c. ballet shoes and tippy-toe around them.

Moonlight is very good for what it is, but it’s on the slight side. It really is — it’s not a full-boat movie as much as a sketch, a concept, a less-is-more exercise. It’s one of those films that feels like a short story and expands when you think back on it (which, granted, is always a mark of something exceptional or at least rooted) but there’s still not a whole lot of “there” there.