Presumably everyone knows by now that Criterion is coming out with a 4K-mastered Barry Lyndon Bluray on 10.17, or about three months hence. The big thing from HE’s perspective is that they’re going with a totally correct 1.66:1 aspect ratio. This amounts to a stiff rebuke to longtime Kubrick associate and Warner Home Video consultant Leon Vitali, who six years ago persuaded WHV to release a Lyndon Bluray that cropped Stanley Kubrick‘s masterpiece at at 1.78:1.

The problem is that the Bluray table of contents on the Criterion page doesn’t seem to acknowledge the highly significant, historically important Lyndon aspect ratio brouhaha of 2011 — one of the most bitterly fought and not incidentally triumphant a.r. battles in Hollywood Elsewhere history, the other being the Shane a.r. battle of 2013. 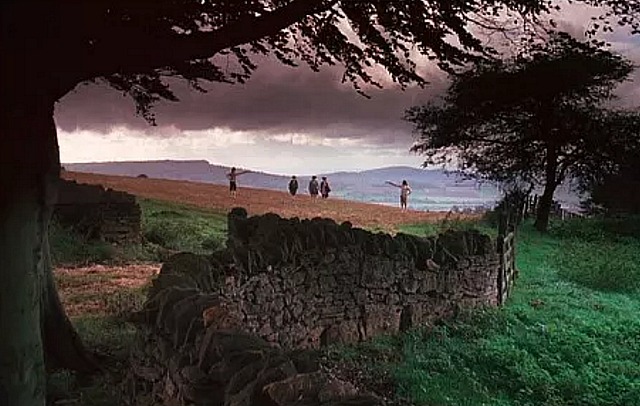 A somewhat taller Barry Lyndon image than the 1.66 one that will appear next October via Criterion, but one I nonetheless prefer. 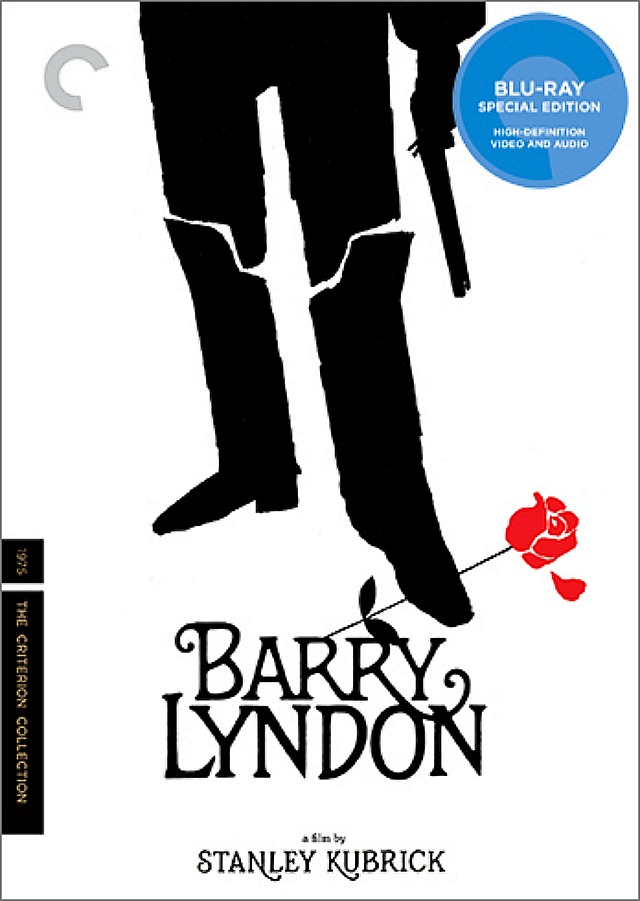 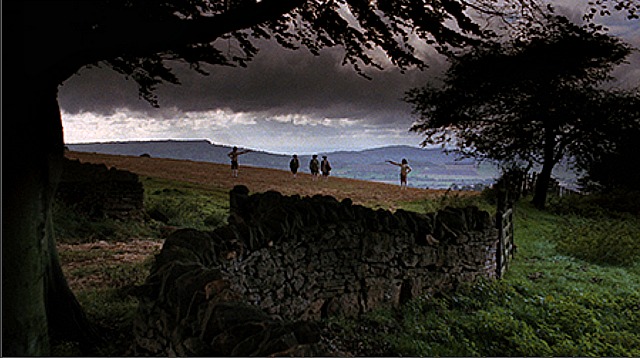 Aspect-ratio-wise, this image is the same one used on the Criterion Barry Lyndon page.  The a.r. is roughly 1.78:1.

Glenn Kenny actually provided the coup de grace in the form of a letter confirming Kubrick’s wish to have Lyndon screened at 1.66, but HE felt a surge of pride regardless because I’d insisted all along that 1.66 was the only way to go.

Why doesn’t Criterion’s Peter Becker man up and admit that his company’s decision to go with a 1.66 a.r. on their Lyndon Bluray was at least a partial offshoot of the HE/Kenny-vs.-Vitali debate? Why don’t they just act like men and cop to it instead of pussyfooting around and pretending it never happened?

The ultimate way to go, of course, is for Criterion to present its remastered Barry Lyndon on an actual 4K Bluray, as opposed to a 1080p Bluray using a 4K scan. If they do this I’ll break down and buy a 4K Bluray player.

The Barry Lyndon a.r. debate ranged between 5.23.11 and 6.21.11. I posted three or four argumentative pieces about the Barry Lyndon Bluray in late May, but before 6.21.11, which is when the whole matter was cleared up when Kenny posted that “smoking gun” letter from Jay Cocks and I ran my q & a with Vitali explaining “the confusion.”

Last night I saw a 70mm IMAX version of Christopher Nolan‘s Dunkirk. Staggering, breathtaking, HANDS DOWN BRILLIANT — not just a Best Picture contender for 2017 (obviously) and not just Nolan’s best (ditto) but easily among the greatest war films ever made in this or the 20th Century. Saving Private Ryan, step aside. The Longest Day, sorry. Full Metal Jacket, down half a peg. Gabriel’s trumpet is blaring from the heavens — this is a major, MAJOR 21st Century achievement.

Dunkirk is not just exceptional cinema but majestically its own thing in an arty, stand-alone, mad-paintbrush sort of way — emotional but immediate and breathtaking, but at the same time standing back a bit by eschewing the usual narrative and emotional engagement strategies that 100 other war films have used in the past (and will probably use again and again in the future).

Thank you, Chris, for not explaining who each character is or giving me their back story or supplying them with an emotional speech or two. Thank you for just plunking me down on that huge Dunkirk beach of 75 years ago and letting me fend for myself, for putting me right in the middle of 400,000 young British troops trying to get the hell out of there before the Germans come and rip them to shreds with bombs and hot lead.

Dunkirk is way above the usual-usual. It will tower, stand astride, fly, soar, float, bob and IMAX the shit out of you. A Colossus of Rhodes awaits at your nearest IMAX theatre. Just don’t see it on a regular-sized screen…please. Go as big and loud as you can. Beg, borrow, wait in line…whatever it takes.

Does everyone understand the exceptionalism here? The critics do but others don’t. People who like the usual massages and neck rubs (i.e., guys like Jeff Sneider) are expressing concerns. I’ve been told that a certain name-brand journalist found it a drag. Some (okay, a couple of women) feel it’s not personal or emotionally affecting enough in the usual theatrical-device ways.

Dunkirk is about Nolan saying, “Okay, look, of course…I know how to do that kind of film. Anybody can make that kind of proscenium-arch, emotional-bromide war film if they have the funding and know a little something about screenwriting and camera placement. Please understand I am not doing that kind of film out of choice. This is a giant-ass art film. This is a ‘less story and next-to-no-character-detail equals richer cinema’ thing. This is a highly selective, God’s-editing-machine take on a World War II tragedy that actually turned into a heartening thing in actuality.”

Tatyana says it’s really great in terms of visual splendor and the land-sea-air concept “but I didn’t see or feel any characters except for the guy on the boat [i.e., Mark Rylance]…it’s just about people struggling to survive, and it’s awful when people can do nothing or next to nothing to save themselves…so despairing, no content, no emotions or empathy, an empty movie…unlike The 9th Company or Stalingrad, which I quite liked….bombing, bombing, bombing….emotions and involvement are so much more important to me than the shape or size of a screen.”

Thank God for the great Tom Hardy, the Spitfire pilot who mostly performs from behind a pilot’s mask of some kind. It’s the best thing he’s done since Locke.

From Ben Travers’ SXSW review, posted on 3.13.17: “A lot of the responsibility to convince viewers of the film’s authenticity falls to Franco. As Tommy Wiseau, he is the strange, unknowable presence at the center of both The Disaster Artist (A24, 12.1) and The Room, and audiences need to believe this is a real person rather than a caricature.

“[Franco makes this freak] both captivating and alienating at once. No one understands him, not even Greg, and there’s no forced exposition or even implied background to help you believe such a person could really exist. (To be fair, Wiseau’s background is a mystery to this day, but Franco doesn’t even try to solve it.)

“And here is where the director makes a make-or-break choice for the movie: Rather than banish all familiar elements from his performance, he recognizes when Tommy can and can’t be relatable. Now, Tommy is never entirely understandable, but he is a real person. Franco is smart enough to recognize that most people came to know Tommy through The Room — and Johnny, his character in the movie, is not Tommy.

“As The Disaster Artist progresses, you notice the separation in his performance: Franco allows himself to play into the jokes when Tommy is off-camera, and he rejects all of his comedic instincts when filming scenes from The Room. That allows Tommy to be truly funny in order to serve the comedy written into The Disaster Artist. Franco can hit a joke as Tommy, even though Tommy can’t land a punchline on camera to save his life. As Seth Rogen’s character says in the movie, ‘It would be weird for Tommy to do something that’s not weird.'”