My first thought during my initial viewing of Ruben Ostlund‘s The Square was “hmmm, the lead actor is appealing. He has a low-key Pierce Brosnan sexy thing going on, and those thin red designer glasses he’s wearing are very cool.” His name, I quickly discovered, is Claes Bang, a Danish actor and musician. Right away I thought, “He could be the new 007”, but that notion was kicked around and dismissed fairly quickly. Bang is 50, or 13 years younger than Brosnan, but perhaps not quite young enough if you figure that Daniel Craig is around for one more film.

But he has this quality, this vibe. I’d definitely like to see him in more stuff. So would Tatyana.

Not long ago CB came to town, and so I asked to meet him. We sat down for 25 minutes inside the West Hollywood offices of Sunshine Sachs. His name, he told me, is pronounced “Clayhs Bahng.” Not synonymous with “dead bang” but at the same time not “buhng.” He was (and presumably still is) open, matter-of-fact, attuned. And yet reserved, measured. However you want to define X-factor…

Who has seen The Square, and what was your opinion? 5:35 pm update: That many, huh? Well, it’s easily one of the best films of the year. Your loss.

A friend asked about what kind of gifts and goodies had arrived over the past few weeks to promote the various award-season films. He mentioned the pink stuffed Okja pig as an example. My response: “The Okja stuffed pig wasn’t graft. It wasn’t a gift. It was a pink nightmare. It was repulsion and indigestion. I had one thought when I unpacked this ugly beast, and that was “aackkhh!….into the dumpster”! What a grotesque thing to have lying around your home or apartment. Tatyana loved it, wanted to keep it. I threw it out the moment she wasn’t looking. She hasn’t asked since but if she does I’ll just say to her ‘what pig?’ And she’ll say, ‘The cute pink pig…I liked it so much!’ ‘Oh, right,’ I’ll say. And then I’ll say, ‘Uhm, I spilled coffee on it last week and it looked really bad so I threw it out. The spotless pink perfection thing was ruined…sorry.'” 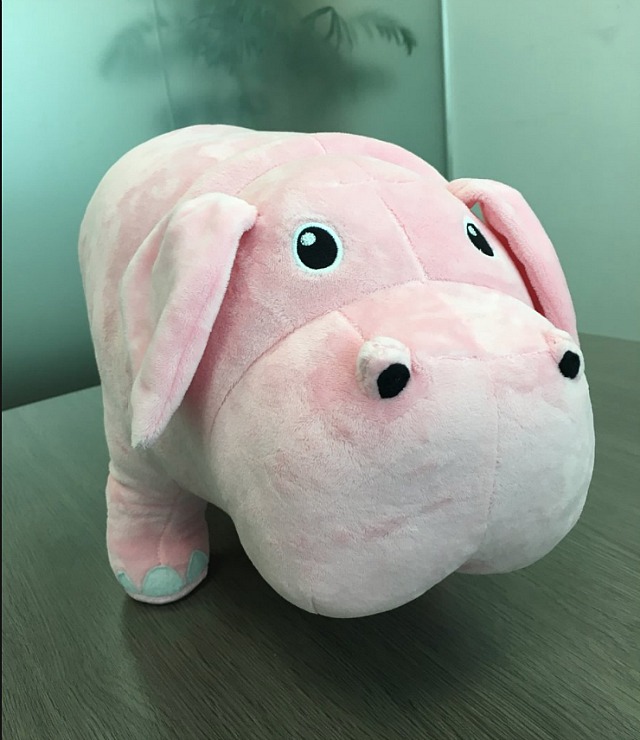 Posted by Chris Cillizza, CNN Editor-at-large, earlier today — Friday, 12.1: “The guilty plea by MichaelFlynn is different — and more serious — than the charges against one-time Trump campaign chairman PaulManafort. Manafort was a part of Trump’s inner orbit for a handful of months during the spring and summer of 2016. But he was long gone by the time Trump won the White House. And the charges against Manafort have to do with money laundering and the Ukraine, not Russia.

“It’s also impossible for Trump to dismiss the role Flynn played in his campaign and White House as he did with George Papadopoulos, who pleaded guilty to lying to the FBI about interactions with foreign officials close to the Russian government.

“The Flynn guilty plea comes from someone who, until the day he was reluctantly fired by Trump as national security adviser, sat at the absolute epicenter of Trumpworld. And, unlike Manafort, Flynn’s charge deals directly with his interactions with the Russian ambassador — and goes to the very core of Mueller’s investigation into Russia’s interference in the 2016 election and any possible collusion between Russia and the Trump campaign.

“The following things are facts:

“Mueller was appointed as special counsel by Trump Justice Department deputy Attorney General Rod Rosenstein. Flynn was an extremely close and influential adviser to Trump as a candidate and as president. Flynn pleaded guilty to lying to the FBI about his interactions with Russian ambassador Sergey Kislyak.

“There’s no ‘fake news’ media in either of those three sentences. Or Democrats. Or hoaxes. Or witch hunts.

“And, with the Flynn guilty plea, there is absolutely no thinking person who could possibly believe that Trump’s presidency is not in some level of peril now. 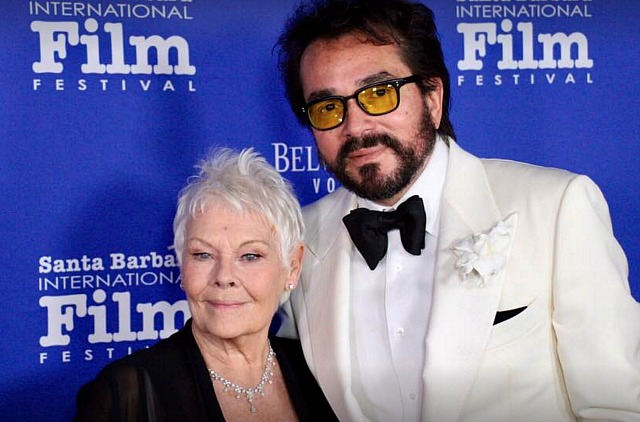 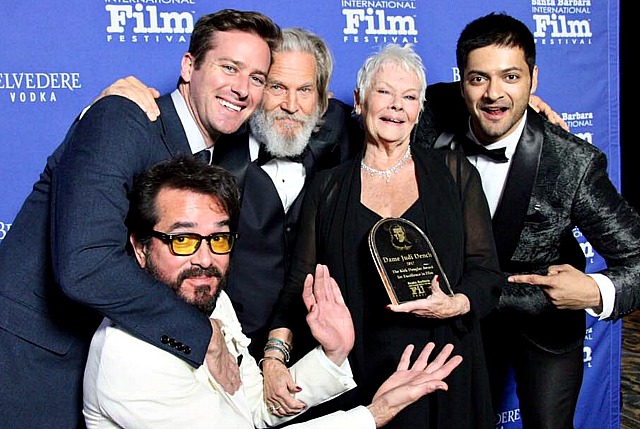 Received this morning: “As the nominations for Critics’ Choice are upon us, [please] consider the unforgettable performance Bill Skarsgard gave as Pennywise the Dancing Clown in Andres Muschietti’s reimagining of IT. Skarsgard gave a genuinely unsettling and transformative performance that transcended the hair and makeup. As the centerpiece of IT, Skarsgard’s performance won high praise. We hope you will consider him for Best Supporting Actor.” I’m sorry but I felt that Skarsgaard pushed the demonic evil button way too hard. The point of the opening rain-gutter scene was that Pennywise was supposed to be disarming Georgie so he would trust this evil clown enough to reach in and retrieve his paper boat. Except Pennywise’s voice and expressions were completely threatening (those yellow cat eyes, that cackling purr), and so the scene was about what a complete idiot George was. Honestly? I enjoyed Tim Curry’s Pennywise in the 1990 TV miniseries a lot more.

What was wrong with that? Oh, nothing except for the fact that a very likely Best Picture nominee and, to go by the Oscar fortunes of Gotham and Spirit Award winners over the last five or six years, a likely Best Picture winner was more or less ignored — Luca Guadagnino‘s Call Me By Your Name. In fact Chang, Turan, Whipp, Sperling and O’Neil picked Call Me By Your Name as a leading Best Picture contender. But Anne Thompson didn’t, and so the other six films ranked higher. 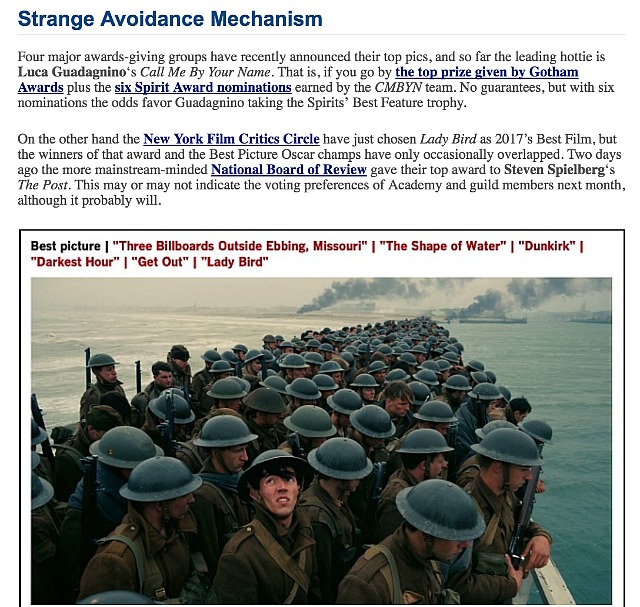 I should have just written Thompson, but I wrote them all a letter instead. “I don’t think I went off the handle at all with this piece,” it began. “It was a measured, carefully phrased analysis that concluded with a head-scratcher. I simply pointed out the likelihood, given the pattern of the last few years, of a Gotham or Spirit Award winner ending up as Best Picture Oscar winner. It’s not an unreasonable presumption as it’s based upon statistical fact. And yet somehow you guys, in the aggregate, managed to exclude Call Me By Your Name from your list of the six most likely Best Picture contenders or winners. (“…which movies will lead this year’s Oscar race.”)

Can I ask something? Who among you is predicting with a straight face that Darkest Hour might “lead” the pack or win a Best Picture Oscar? It might be nominated, sure, but winning? C’mon.

Not only that, you also managed to avoid naming The Post, which is easily locked as a Best Picture nominee and, given the present political current, a likely winner — it’s safe, steady, boomer-friendly (Tom and Meryl), well-written, staunchly liberal, and it really, really doesn’t like Trump. Hello?