Movie City News seemed to stop cold (i.e., no fresh posts) after David Poland announced last week that he intends to work for “the other side.” A couple of days later MCN came alive again, Ray Pride banging out those links. Hollywood’s home zombie page. A detectable pulse. HE admires the tenacity. 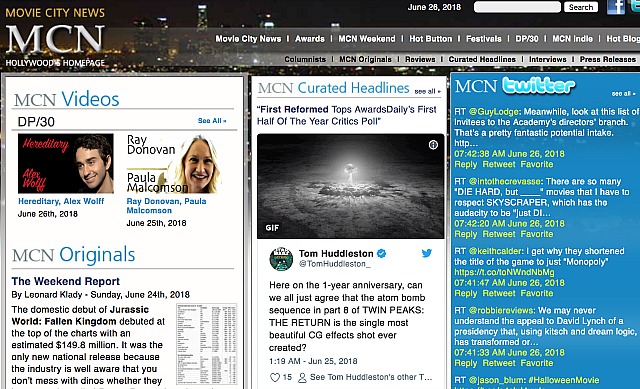 I love my crazy Russian drivers. 22 minutes and 8 seconds of pure hilarity. I defy anyone to explain what they’re seeing around the 11:07 mark.

4 and 1/2 years ago I posted a riff called “Lost, Gone, Blown.” It basically repeated the old saw about “happily ever after’ finales never sticking to your ribs. If they seem to half-deliver at first, they certainly don’t last in the memory.

The best love-story endings, as Sydney Pollack pointed out time and again, are ones in which it hasn’t worked out and the lead protagonists realize it’s gone for good. Final, irreparable. My three favorites at the time were the finales of Ang Lee‘s Brokeback Mountain, Hal Ashby‘s Shampoo and Pollack’s The Way We Were. 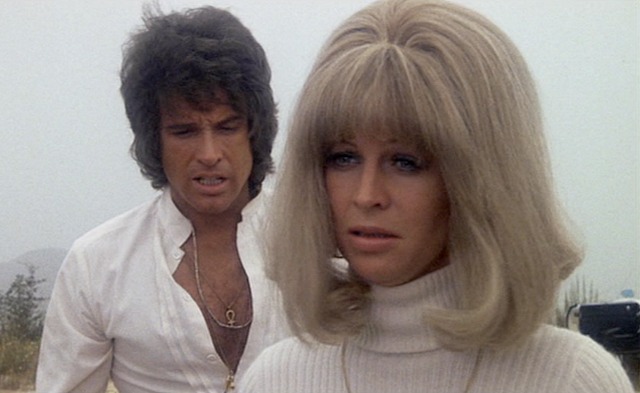 HE commenters mentioned Vertigo, Lost in Translation, Now Voyager, Casablanca, In the Mood for Love, Brief Encounter, A Star is Born, Annie Hall, Husbands & Wives, The Rapture, Monsieur Hire, White Men Can’t Jump, 500 Days of Summer, Up In The Air, Remains of the Day, The Graduate, Age of Innocence and House of Mirth.

What about films within the last four years? Manchester By The Sea and Call Me By Your Name, certainly. What others?

There’s a reason that the near-great Sicario: Day of the Soldado (Columbia, 6.29) has a 69% and 61% rating on Rotten Tomatoes and Metacritic, respectively. That reason is critics who don’t get it — specifically six who are strangely blind to the fact that this admittedly violent Mexican cartel film is not about nihilism and brutality as much as — hello? — parenting.

Which is why Soldado is not about unrelenting bleakness because it’s a film about a possibly better future, about Benicio del Toro‘s Alejandro Gillick influencing a pair of young Mexican teenagers who’ve been corrupted by the drug trade but might (one can hope!) be led in another direction.

Taylor Sheridan‘s story focuses on Isabela Reyes (Isabela Moner), the 15-year-old daughter of a drug cartel kingpin, and Miguel Hernandez (Elijah Rodriguez), a border-residing youth whom one of the cartels hires to be a “coyote” — a border-crossing guide for illegal Mexican immigrants. Both are forced to witness hellish scenarios throughout the film, and both arrive at a weary, contemplative finale. The viewer can reasonably infer that they’re both having serious second thoughts about living on cartel money. The agent behind this possible conversion is Gillick, a Mexican father figure of sorts. He’s certainly convinced Isabella to think twice about her father’s profession, and as the film ends he’s just beginning to influence Hernandez.

While researching a 1995 Los Angeles magazine piece called “Right Face,” the late L.M. Kit Carson told me that he sensed a while back that David Lynch was an offbeat conservative. “He’s kind of like Jimmy Stewart on the surface, all golly-gee-gosh,” Carson said, “but dark and creepy underneath.”

I thought of Carson’s observation last weekend when I read Lynch’s oddball, left-handed praising of Donald Trump. I’m not sure Lynch was actually calling Trump a great president as much as a bull in a china shop.

Tuesday, 4:40 pm Pacific: A few hours ago Lynch posted a message to Trump on Facebook.

“Both the Breitbart article and Trump’s retweet show how hungry the Republican right is for acceptance by Hollywood. They are so famished for celebrity praise that they’ll even take it in the form of [a] very ironic and slippery statement from a film director who loves to cultivate an air of mystery.” — posted yesterday by New Republic‘s Jeet Heer.