I had some time to kill earlier this afternoon, and decided to catch a 4K restoration of Chinatown at the Film Forum. I was hoping, naturally, for a “bump” effect — an upgrade from how the Bluray looks when I watch it on my 65-inch Sony 4K HDR.

No dice, no bump — it looked exactly like my 1080p Bluray does at home. Worse, the sound was set at whisper level — just loud enough to be able to hear the dialogue, but no more than that.

Cheapskate theatre owners do this all over to save on sound-system wear and tear. Which is why seeing a classic film at a revival-repertory house almost always pisses me off. Don’t theatres like the Film Forum realize they’re competing with home systems? The last time I saw Chinatown in my living room it sounded a helluva lot better than it did today. I have a fairly nice sound system, complete with a heavy bass woofer. Jerry Goldsmith‘s thunky piano chords sound beautiful. 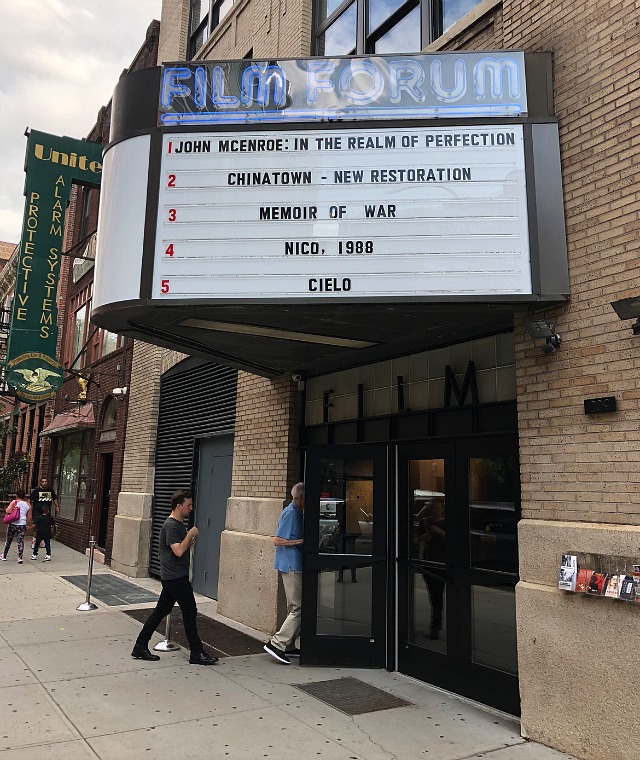 I’m seeing Lee Chang-dong‘s Burning at 6 pm, or 50 minutes from now. Every Cannes critic raved, including two or three who told me I’d made a huge mistake by missing it. I may have bypassed it because of the 148-minute length. “It’s a psychological thriller about class and resentment,” I told myself. “And therefore comes with certain perimeters and expectations. Does it really need to be two and a half hours long?” I’ll know the answer soon enough.

Having read the TMZ piece with the Asia Argento-Jimmy Bennett photos and Argento’s text to a friend about same, a colleague says the following:

“Asia says she wants to be part of the 90% that doesn’t give a fuck about this shit? Really? Fuck you, lady. You’ve been doing nothing but being a #MeToo crusader for a year. YOU are the one that made people freak about nearly every man in Hollywood. What the fuck?

“And by the way it doesn’t matter if Jimmy came onto her or not. It really doesn’t. Sure, if she wants to stand on the side of those who deny they assaulted people because those people were willing participants, just like Harvey Weinstein? Great. Go for it. But that is not who she has been in the public eye.

“She’s also ready to lay 100% of the blame on poor, dead Anthony Bourdain, who’s beginning to look more and more like the one who wanted it covered up because his reputation was also on the line.”

HE comment: In the TMZ text Argento describes a randy Jimmy plowing her soil and writing afterward that he loves her…totally into it. I wasn’t there, but this seems a lot more realistic than the image that certain Twitter snowflakes were advancing, that of a traumatized, sexually uncertain youth who felt assaulted by a ravenous older woman.

HE to London-based critic who shall be nameless: Are you still maintaining that my initial take on this episode was the “wrong” one? 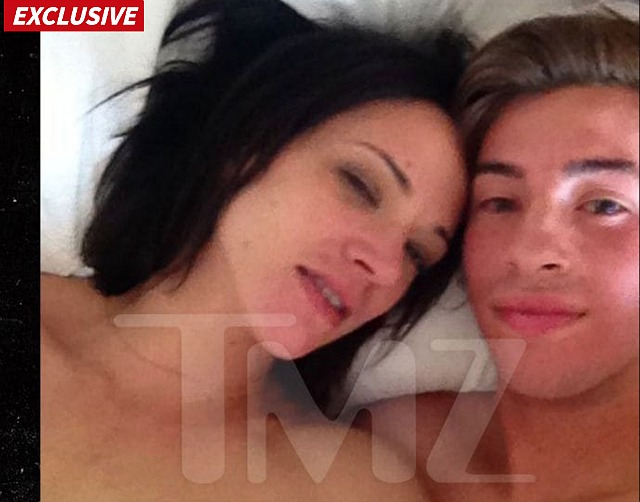 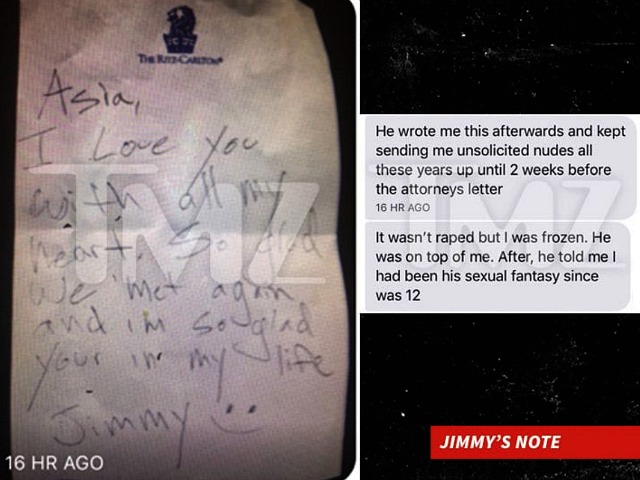 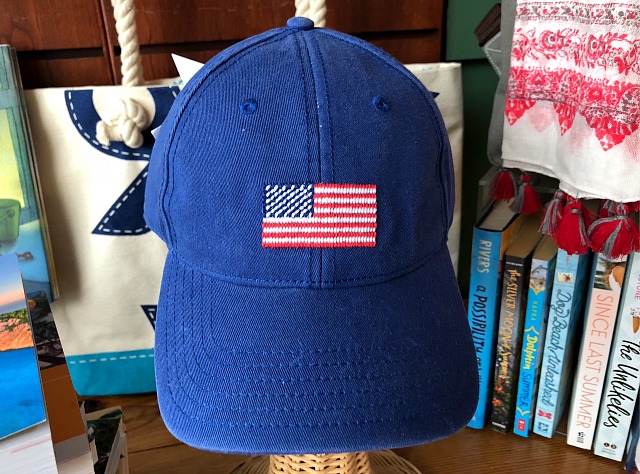 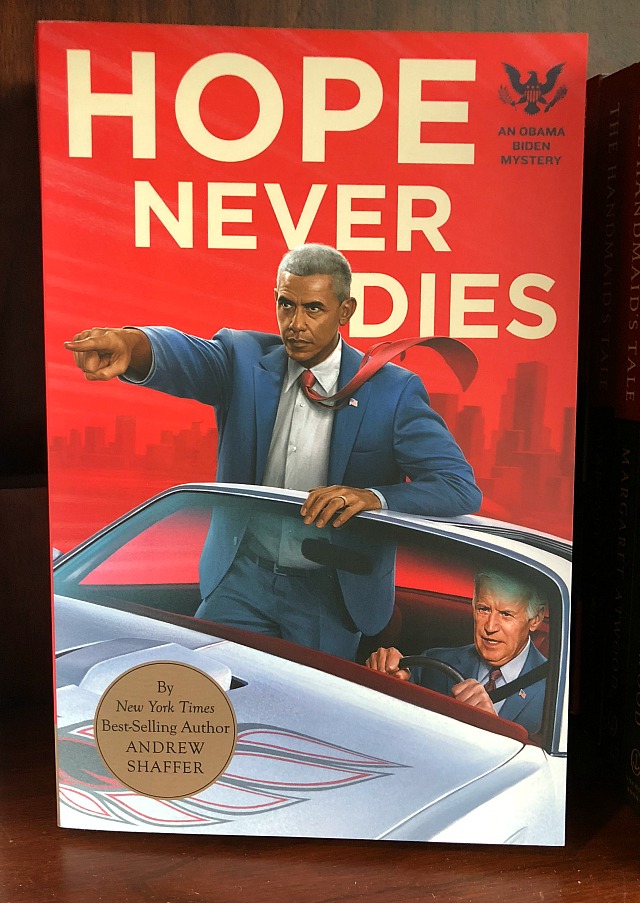 In a just-published Hollywood Reporter interview by Stephen Galloway, First Man director Damian Chazelle indicates that his approach to this saga of Neil Armstrong and the first manned landing on the moon was about veering away from the cinematic swoonings of La-La Land. Like Dustin Hoffman‘s decision to play the scuzzy Ratso Rizzo in the wake of his breakout success as the clean-cut Benjamin Braddock, Chazelle wanted to switch gears and not repeat himself.

“Instead of turning to similarly themed films — even ones he admired, such as Apollo 13 and 2001: A Space Odyssey — Chazelle drew inspiration from documentaries like For All Mankind and Moonwalk One, where hard facts and precise details were ‘baked into the archival.’

“‘We watched movies like Battle of Algiers and The French Connection,” says editor Tom Cross. ‘A lot of our conversations had to do with the Maysles and D.A. Pennebaker and Frederick Wiseman [all celebrated documentarians], and those cinema verite documentaries of the 1960s — how they were put together and the ways you could join shots in such a way that it felt emotionally continuous, but actually wasn’t.”

First Man (Il Primo Uomo) will have its first-anywhere showings on Wednesday, 8.29, at the Venice Film Festival.

Ozark star-director Jason Bateman is an HE reader, which is one reason why I’ve always paid special attention to whatever he’s up to, including the paycheck comedies. Another reason is that his performances are usually on the dryly ironic, underplayed side. A third reason is that he’s an above-average director (Bad Words, The Family Fang). Which is why I felt kinda badly as I wrote the following email, which I sent him this morning:

I have an apology to make. A big one. I try and watch as much well-reviewed cable fare as I can fit into my schedule, but between all the movies and filings and researchings and constant deadlines and whatnot, I don’t see everything. I tend to be picky. Plus I’m occasionally reluctant to get into series because of the long-haul commitment of eight to ten hours. Plus I have a prejudice about drug-dealing melodramas, especially if some of the characters are redneck biker types with tattoos and missing teeth. This is one reason why I avoided Breaking Bad; the other was that it costarred an actor I often referred to as “tennis-ball head,” and whom I can’t stand.

These are no excuses — I’m just telling you how I play it sometimes.

Last night I finally sat down and watched the first two episodes of Ozark (two of the four that you directed over the course of season #1) and was pretty much blown away. Which is to say hooked and committed. Marty Byrde is your best character, ever; ditto your best performance ever, in anything.

Clean, unfettered, no-nonsense direction. And the writing! Hats off to the decision by screenwriters Bill Dubuque and Mark Williams to give almost every character (even the lowest, scurviest ones) something arresting or eloquent or off-angled to say. I love it when everyone is sharp and clever and has sussed all the angles, regardless of their age (Marty’s two kids are great) or genetic inheritance or educational background. I was engrossed, riveted, satisfied.

I don’t know at what point I was finally sold, but I think it was the moment when the body of Laura Linney‘s boyfriend slammed into the pavement at 150 miles per hour. And I loved how you didn’t build up to this or show the cartel goons pushing him out — your character is just approaching the building, going over what he’ll say to his cheating wife, and WHUP!

Hats off, bowing down, obeisance before power.