Earlier: HE’s plane leaves LAX at 10:15 pm, and will touch down at Pearson Airport just before 6 am. I’ll probably be at the shared pad (an 11th floor, two-bedroom place about eight blocks north of the Toronto Lightbox, a block or two west of University Ave.) by 8 am or thereabouts.

In a video that accompanies an interview with The Hollywood Reporter‘s Gregg Kilday, Farenheit 11/9 director Michael Moore says…

(1) “In 2016, every person who spent even a nanosecond feeling good about the fact that we were going to elect our first woman president, helped to elect Donald J. Trump.”

“As If We Needed Reminding,” posted on 2.7.17: “The primary blame for the Trump catastrophe is born, of course, by stubborn, racist, pea-brained rurals, who’ve always been and always will be fearful, gullible, low-information and dumb as fenceposts. But the real architects of the current horror are the corporate-embracing Democratic establishment machine types and particularly the evangelical genderists (‘It’s time for a woman in the White House, even one as deeply unappealing as Hillary!’).

“The fatal factor wasn’t that a woman ran for President, but that the woman who ran was the braying, testy, eye-baggy, fainting-like-a-sack-of-potatoes Hillary Clinton, who promised nothing change-y, and nothing beyond the fact that she was highly experienced (which of course she was) and would handle her Presidential duties in a cautious, responsible way (ditto).”

Moore also tells Kilday, “As things stand right now, everybody should operate as if it’s a two-term Trump,” but if the Dems are to unseat him, “we need beloved figures running. Say what you want about Trump, but tens of millions watched his show. We need Tom Hanks, Oprah, Michelle Obama. Who would not vote for Michelle Obama?”

This is exactly and precisely why (and it kills me to say this) there’s a better-than-decent chance that Trump might be re-elected — because we’re less than four months away from 2019 and there still isn’t a beloved Democrat who’s talking about running against Trump…no one. And the dumbshits won’t budge.

Michelle Obama won’t run, but if she ran she’d probably win. Oprah Winfrey could run, but she’s too chicken. Meryl Streep could run but she probably won’t even give it serious consideration. Tom Hanks could theoretically run but he won’t. Joe Biden is cool but he’s too old and his neck wattle is way too large — it’s like a Manitou head growing on the front of his neck. Elizabeth Warren is a good person but she’s a finger-wagging schoolmarm. I love Kamala Harris but the dumbshits don’t know her and she lacks charisma.

It’s been speculated that the White House insider who wrote today’s anonymous N.Y. Times op-ed piece is subconsciously or perhaps consciously looking to be outed. I realize, of course, that many D.C.-based journalists (including those who work for the Times) are looking to unmask him or her as we speak, but if I were an editor involved in this I would say “leave well enough alone…this person, among others, is trying to course-correct an unruly, adolescent, ill-informed, obviously destructive U.S. President…how does it help anyone or anything to out this person?”

N.Y. Times op-ed editor James Dao: “This was a very strongly, clearly written piece by someone who was staking out what we felt was a very principled position that deserved an airing.”

From Chris Willman’s Gold Derby Telluride wrap-up, posted on 9.4: “It may seem unlikely that the world’s shortest film fest showcased three of the next five Oscar nominees for Best Actress, but there’s a good chance that just happened.

“Emma Stone (The Favourite), Nicole Kidman (Destroyer) and Melissa McCarthy (Can You Ever Forgive Me?) all have to be considered major contenders — McCarthy fitting that bill most surprisingly of all at the end of what has to be one of the buzziest weekends of her life.”

HE to Willman: Kidman hasn’t a wisp of a chance, but the person who created her Dawn of the Dead zombie makeup may be recognized.

Resume: “In two of these cases (Can You Ever Forgive Me? and Destroyer) the director was also a woman — the estimable Marielle Heller and Karyn Kusama, respectively — and largely female crews were employed, adding to the sisters-are-filmin’-it-for-themselves feel.

“Then consider that two of the very best movies at Telluride were ensemble films that you only gradually came to realize featured nearly all-female ensembles — Yorgos Lanthimos‘ wickedly funny The Favourite and Alfonso Cuaron‘s touchingly nostalgic Roma — both made by presumably highly empathetic male auteurs.

“Finally, in putting a feminist cap on Telluride, consider that probably the most celebrated documentary of the festival was Reversing Roe, a Netflix pic about the history and current import of the abortion debate.”

“At Eternity’s Gate doesn’t pretend to be ‘definitive.’ It’s a drama of moments, fragments, impressions, and though it shows us van Gogh as a haunted soul, locked in a battle with his mental problems, we hear about those demons more than we actually see them take hold.

“The film’s vision of van Gogh is honest and incisive and, at the same time, unabashedly romantic. You might call it a portrait of the artist as the world’s first flower child. I mean that as praise.

“Willem Dafoe hasn’t had a role since The Last Temptation of Christ that allows him to combine agony and ecstasy, devotion to a higher calling with…well, a messiah complex as majestically as this one does.” — from Owen Gleiberman‘s 9.3 Variety review. 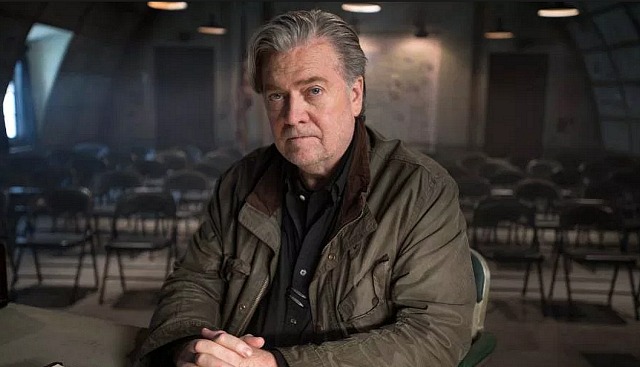 In last night’s “Best Picture Race Is Over Then?” piece, I expressed shock and disappointment about Kris Tapley‘s 9.4 Variety column, “Oscar Voters Are Sure to Go Gaga for Bradley Cooper’s A Star Is Born.” Tapley said that A Star Is Born has “the muscle to achieve what only three films in movie history ever have: Win all five major Academy Awards (picture, director, actor, actress, and screenplay)…it’s that kind of accomplishment.”

I said I’ve nothing against the idea of Cooper’s film sweeping the Oscars, but I find it deflating to read such a declaration (a) only four days into September, (b) before the Toronto Film Festival has even begun and (c) with awards season having kicked off only six or seven days ago.

Tapley comment-thread response to HE: “[What I wrote is] not a prediction; it’s a description of the film’s capabilities. I would’ve thought that obvious. Who would predict the Best Picture winner right now?”

HE to Tapley: Have you declared that one or two of the other apparent or presumptive Best Picture contenders this year “have the muscle” to achieve “what only three films” have managed in history, which is to win the top five Oscars — Best Picture, Director, Actor, Actress and Screenplay? You said it’s “that kind of accomplishment and more.” What other 2018 award-season release has, in your opinion, brandished this kind of potential or pedigree thus far?

Tapley to HE: “I have not. But that still doesn’t make it a prediction. I also said in the year of pandering with a ‘popular’ Oscar it would be quite the moment to hand a movie like Roma the Best Picture Oscar. That’s not a prediction either. If me saying ‘I’m not predicting this will win Best Picture, I’m just saying it has what it takes to do so’ isn’t enough, well, shit. What’s a guy to do?”