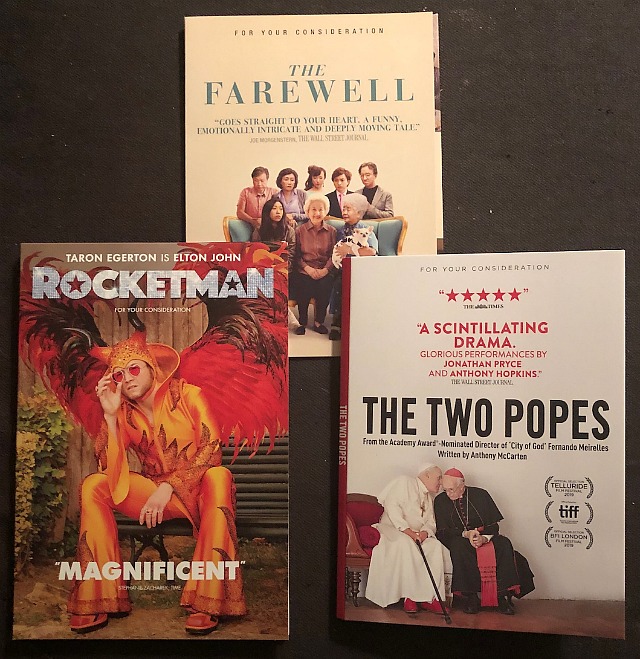 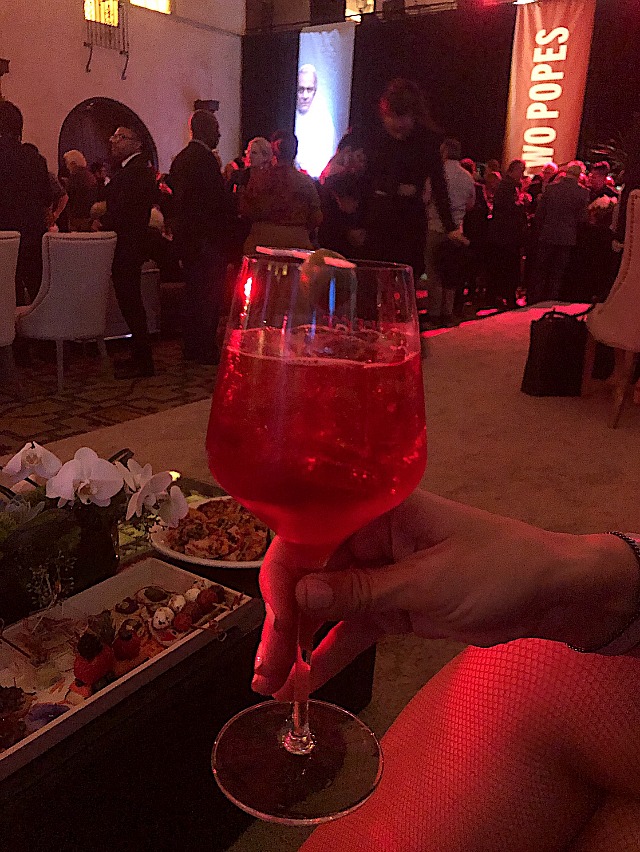 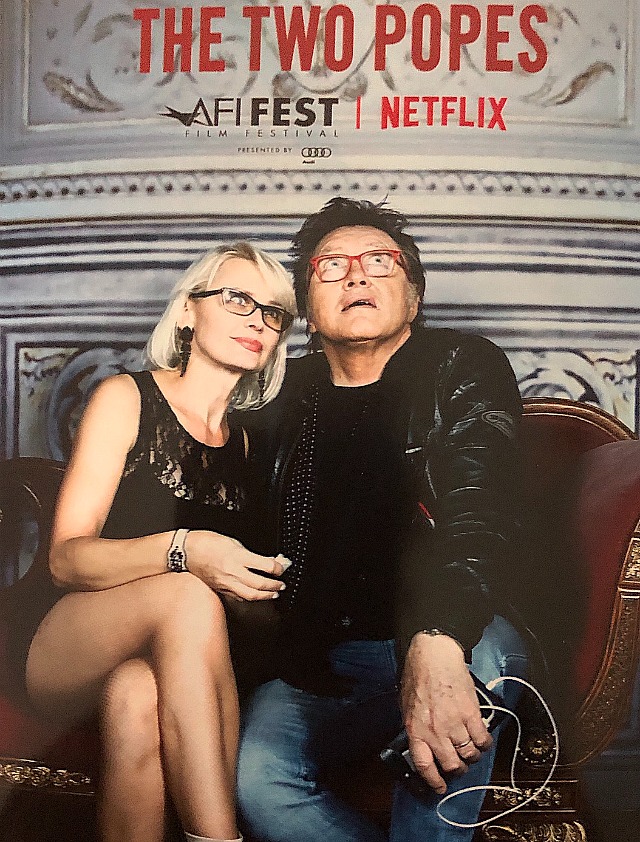 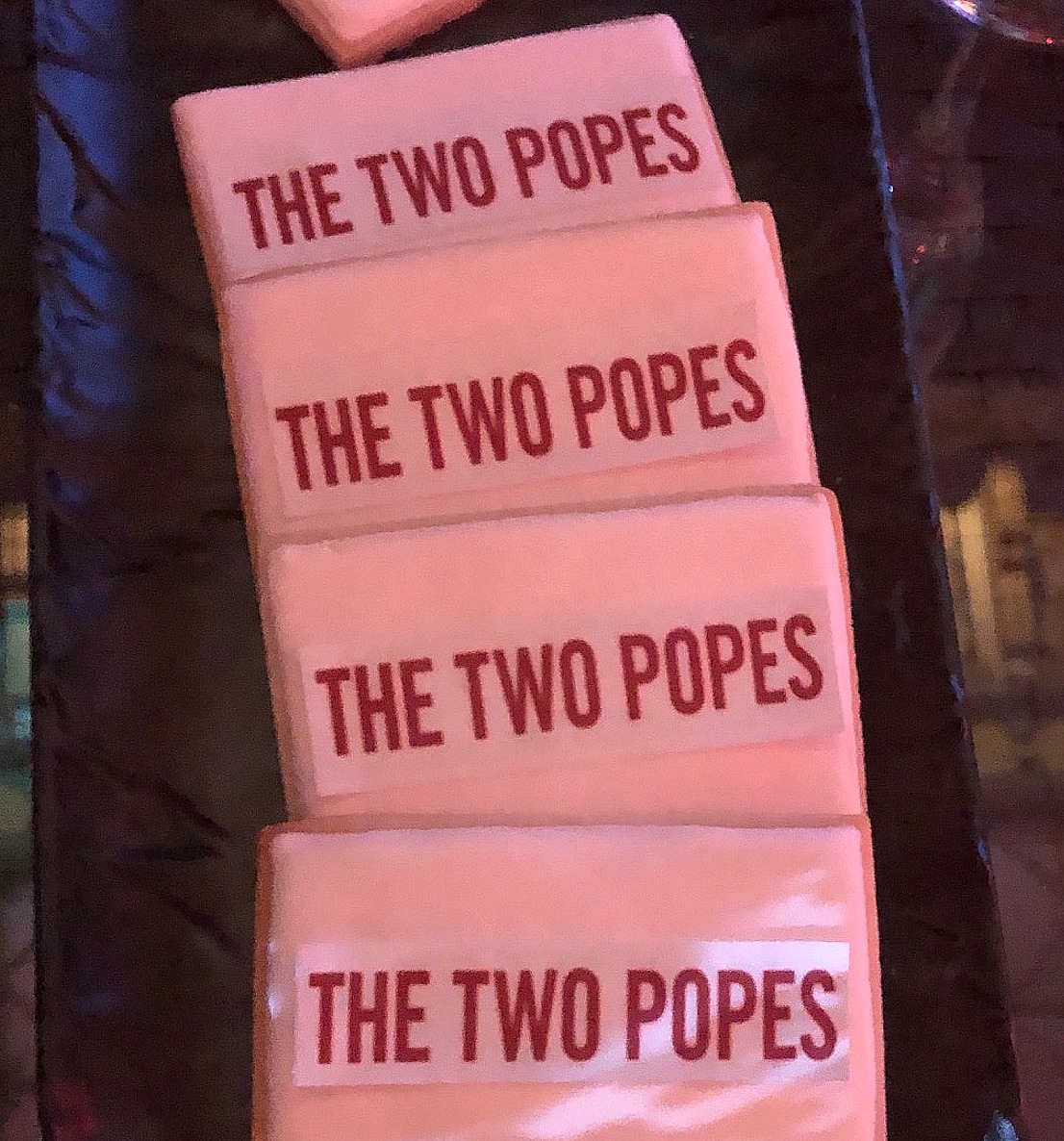 Journo pally: “I know this woman who knew my father…she’s very smart, very attuned…and she told me the other day she hasn’t seen The Irishman because she feels that she’s seen this kind of thing before, and doesn’t want to wade into the same old thing for three and a half hours.”

HE to Journo Pally: “Does she read reviews? Has she spoken to anyone? It’s not Goodfellas. Everyone’s saying that. What’s wrong with her?”

Martin Scorsese to Jimmy Kimmel: “And [Robert De Niro] began to tell me about the [Frank Sheeran] character, he became rather emotional about it. And I said, ‘Now, that‘s something. If we’re going back into that milieu, which we were associated with in Casino and Goodfellas, this is something [through which] we could maybe learn a little more about ourselves, and go deeper. You know? Otherwise what are we doing? We’re just repeating ourselves.’ And so we took a chance.”

News flash: 77 year-old Scorsese doesn’t miss a trick, and he’s going to be just as whipsmart when he’s 87 or 97. Just saying.

47 Comments
When We Were Very Young

I wouldn’t know what to say if I was talking to Awkwafina and Taron Egerton about movies. If she said “yeah, when I was young, I loved A League of Their Own…it was the first movie I remember seeing, and I watched Gorillas In The Mist every day, and I would cry for it when it wasn’t on”…if she were to say this I would nod politely and go “uh-huh…really?” but inside my mind would be melting over toast and becoming a grilled-cheese sandwich.

I would also react politely if Egerton were to say “for me it was anything with Michael Caine, and I was also obsessed with the Fucking Muppet Christmas Carol.” But inside I would be wondering if he and Daisy Ridley had ever gotten together and discussed the films of Cary Grant. No offense but it sounds like Egerton had an undernourished childhood.

Egerton is six days older than Dylan (dob: 11.16.89) and a year and a half younger than Jett (dob: 6.4.88), but by the time my boys were four or five they’d watched and enjoyed Lawrence of Arabia, T2: Judgment Day, Beetlejuice, A Nightmare Before Christmas, E.T., the Extra Terrestrial, the Indiana Jones films, The Birds, Kong Kong…they’d really gotten their feet wet.

HE to Awkwafina: “Have you ever watched The Bad and the Beautiful?” 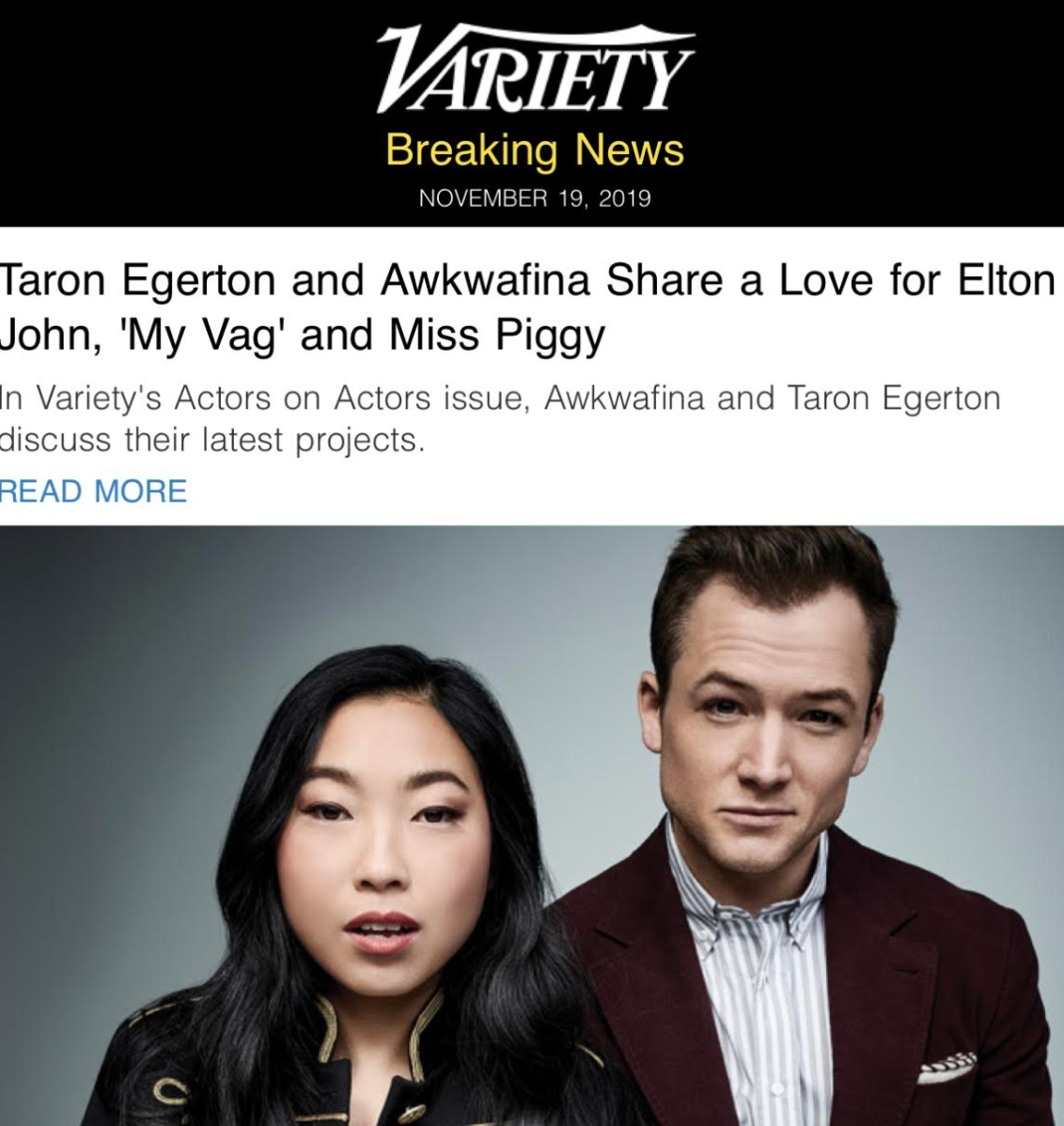 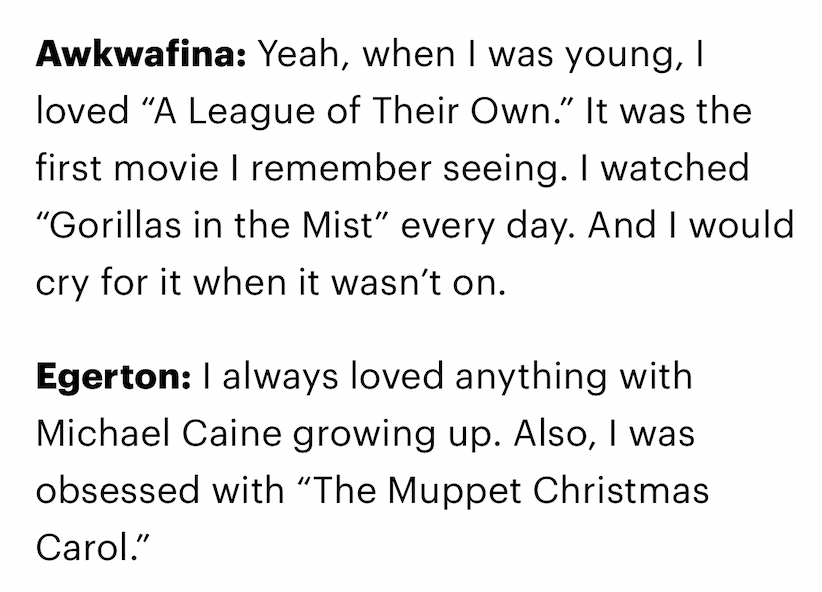 Six days ago I posted about Christian Bale, Matt Damon and Adam Sandler wearing “whitesides.” I don’t want to beat a dead horse, and I know when I’ve been beaten. But before Adam Driver said a word to Charlize Theron my eyes immediately went south (couldn’t be helped), and I said to myself “oh, dear God.” There’s no stopping this. Everywhere you go, everywhere you turn…it’s like living inside John Carpenter‘s They Live.

Henceforth poor Eric Swallwell is going to have to deal with this unfortunate occurence at every junction, stopover and talk-show visit for the rest of his life. This is the culture ape cage we live in. Twitter always goes for the the low slovenly primal stuff — never the ideas or goals or accomplishments, but the whoopee cushions.

It can’t be stressed enough that Hollywood films with woke-ish feminist bisexual signatures (or shadings) might sound cool in p.c. industry circles, but Joe and Jane Popcorn have not been enthralled as a rule. Because they hate p.c. militancy, cancel culture, the forsaking of familiar tradition and the Sundance Film Festival as a brand…they hate it all with a passion. Elizabeth Banks, Kristen Stewart, Doug Belgrad, Elizabeth Cantillon and Max Handelman live in a certain realm (moneyed, precious, cloistered), and Joe and Jane live waaay across the canyon, munching on Cheetos and chili dogs and asking “what’s up with those guys?”