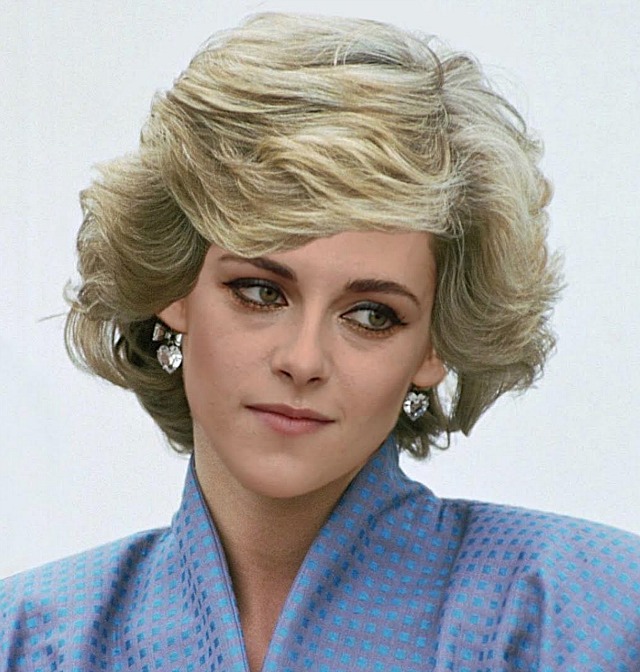 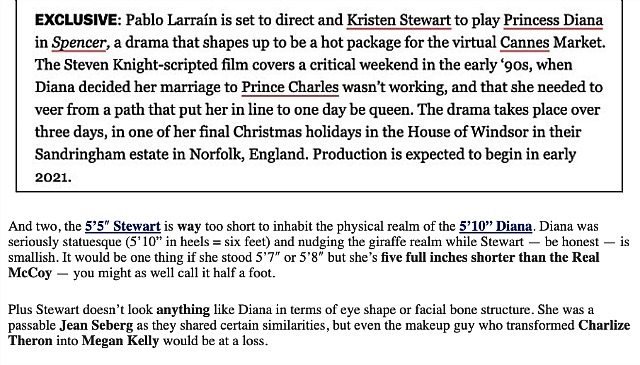 I thought “partner” was more or less a gay couple term, and that straight people refer to their significant others as a boyfriend/husband or girlfriend/wife. Right? Or has the use of partner by straights become a solidarity-with-LGBTQ thing?

Life is a fountain, and each of us is a drop of water. The fountain shoots us out and we rise (sometimes ecstatically) into the air, and then we fall back into the pool and splash around and then get sucked down into the pump mechanism. And then we shoot out again. An endless cycle.

Okay, some water drop arcs aren’t as glorious as others, but it’s nonetheless a divine, infinite process.

When the kids were young and asking these kinds of questions I would say that when we die we become a baby again, except we never remember our previous life (or lives).

I for one find the fact that Donald Trump will one day be dead very comforting.

For what it’s worth there were thousands frolicking at the Malibu beaches yesterday. Which is permissible, I suppose, if you’re careful and have your mask at the ready. But as we drove back to town I noticed a whole lot of people sitting on various restaurant patios without masks. Do we not have a spiking-infection problem in this state? This “whatever” attitude is why the U.S. is still struggling while European and Asian infection levels have plummeted.

Breaking 1 pm Pacific: “Citing the rapid pace of coronavirus spread in some parts of the state, Gov. Gavin Newsom on Sunday ordered seven counties including Los Angeles immediately to close any bars and nightspots that are open and recommended eight other counties take action on their own to close those businesses.”

From “The Maoist Nature of the New War on Wrongthink,” posted by The Dispatch‘s Jonah Goldberg on 6.26.20: 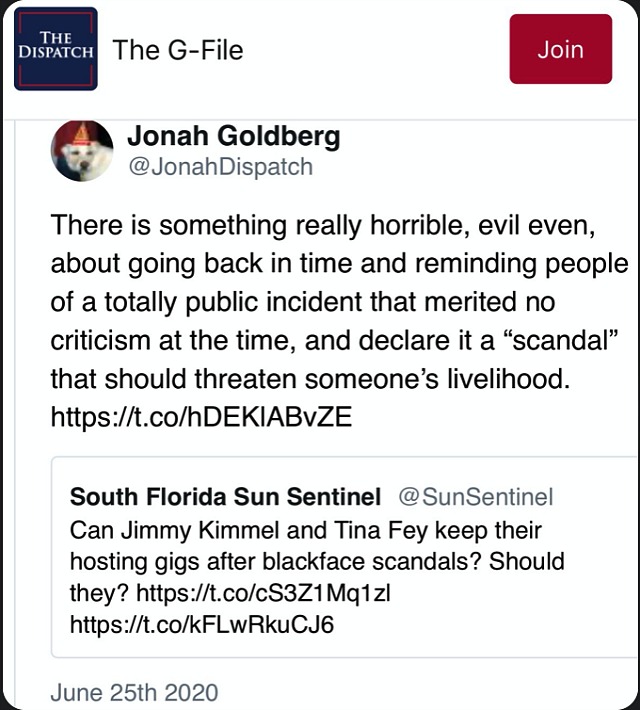 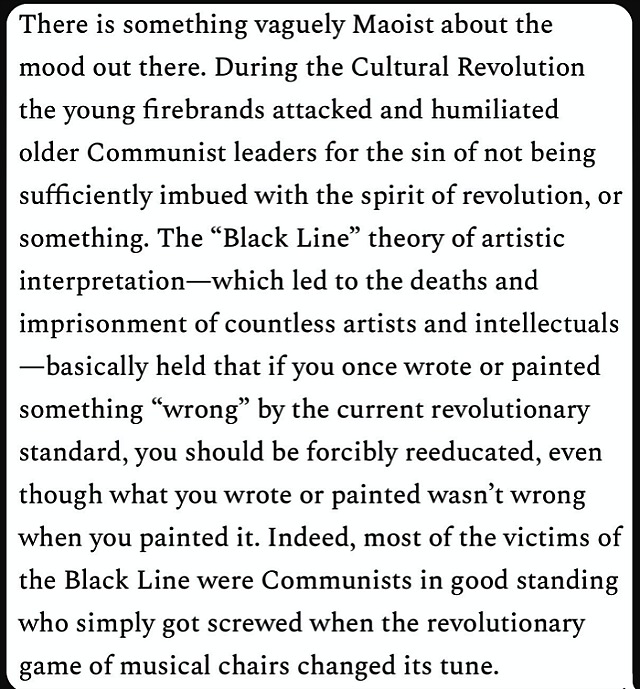 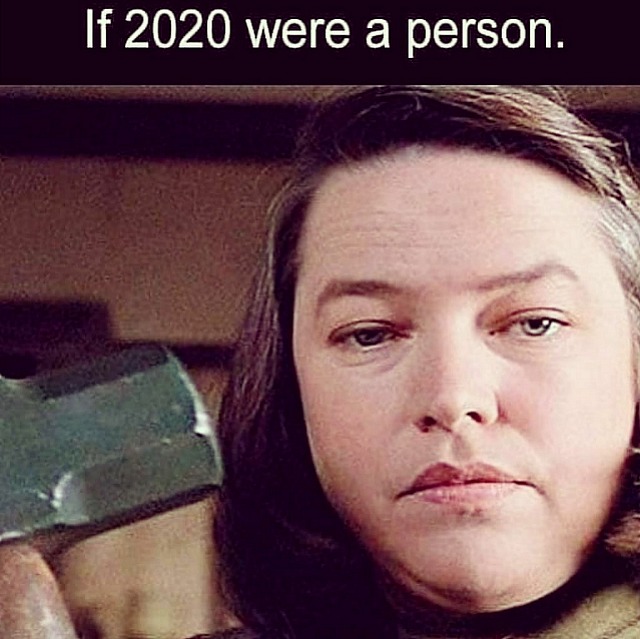 One, you can sit through something shoddy, inept and sub-standard, and do everything you can to flush it out of your system when it’s over. Two, you can sit through a smooth, studio-funded, well-made enterprise that everyone’s loving and is making money hand over fist, but which you happen to despise with every fibre of your being. Or three, you can watch a heartfelt, quality-level downer and come out saying “huh, that was sad but edifying.”

Sadness in good movies is not depressing — it’s just a way of re-experiencing honest hurt. Ordinary People is sad, but if you think it’s depressing as in “lemme outta here” there’s probably something wrong with you.

I’ll give you depressing: living a rich full life (children, compassion, wealth, adventure) and then dying at a ripe old age, and then coming back (i.e., reincarnated) as a chicken at a Colonel Sanders chicken ranch.

My beef is with movies that impart a distinct feeling of insanity by way of delirium or delusion, or a bizarre obsession. Frank Darabont‘s The Green Mile (turn on the current! smell that burning flesh! cuddle that cute mouse!) and The Majestic (rancid small-town “folksiness”) are two such films. Ditto Steven Spielberg‘s Always .

Martin Scorsese‘s Kundun isn’t exactly a downer. It’s worse than that — it’s paralyzing. And yet Scorsese made one of the greatest spiritual-high movies ever with The Last Temptation of Christ.

Leaving Las Vegas, Mike Figgis‘ film about a lush who’s decides to drink himself to death and doesn’t quit until he succeeds, has never been and never will be depressing. (If you’re engaged to someone who thinks it is, tell him or her it’s over — you’ll be divorcing them eventually so you might as well get it over with.)

And yet the watching of John Huston‘s Under the Volcano, about a somewhat older guy (Albert Finney) doing more or less the same thing, is akin to accidentally overdosing on generic cold medication and having to tough it out until the effects wear off.

In her review of Peter Brooks‘ King Lear (’71), a profoundly dreary black-and-white thing with Paul Scofield in the title role, Pauline Kael wrote, “I didn’t dislike this film — I hated it.” I was so intrigued by this review that I eventually saw Brooks’ film, and I knew Kael wasn’t talking about what Brooks had done as much as the way his film made her feel deep down.

The Godfather, Part II is a fairly gloomy film but it doesn’t lie. It basically says that the ties that used to bind families and community together in the old days (the `40s and `50s) have been unraveling for some time. As Al Pacino‘s Michael Corleone says to his mother in the second act, “Things are changing.”

The Matrix Revolutions is a profoundly depressing film, especially when all those hundreds of thousands of sentinels start swarming into Zion like wasps. Absolutely relentless and thundering empty-coke-bottle bullshit.

Sitting through Ron Howard‘s Backdraft is like injecting an experimental psychotic drug concocted by Dr. Noah Praetorious (the frizzy-haired scientist in The Bride of Frankenstein) straight into your veins.

Killer Times subhead: “The Trump administration has been deliberating for months about what to do about a stunning intelligence assessment.”

Killer YouTube comment: “Agent Orange wants a hotel and casino in Moscow. American lives mean NOTHING to him as evidenced by his pandemic response and his war against the Affordable Care Act. Now we see our soldiers are disposable cannon fodder. Putin is playing him like the incompetent dunce that he is. The world’s dictators are having a field day.” — Ellen Bryant, early this morning.