Friendo: “Rudy Giuliani will have to go into hiding after Borat 2 (aka Borat Subsequent Moviefilm) gets released. With Trump still namechecking him and calling him his lawyer, you’d think Rudy would have warned him about this movie. The whole White House will have to distance themselves from Giuliani after 10.23.” 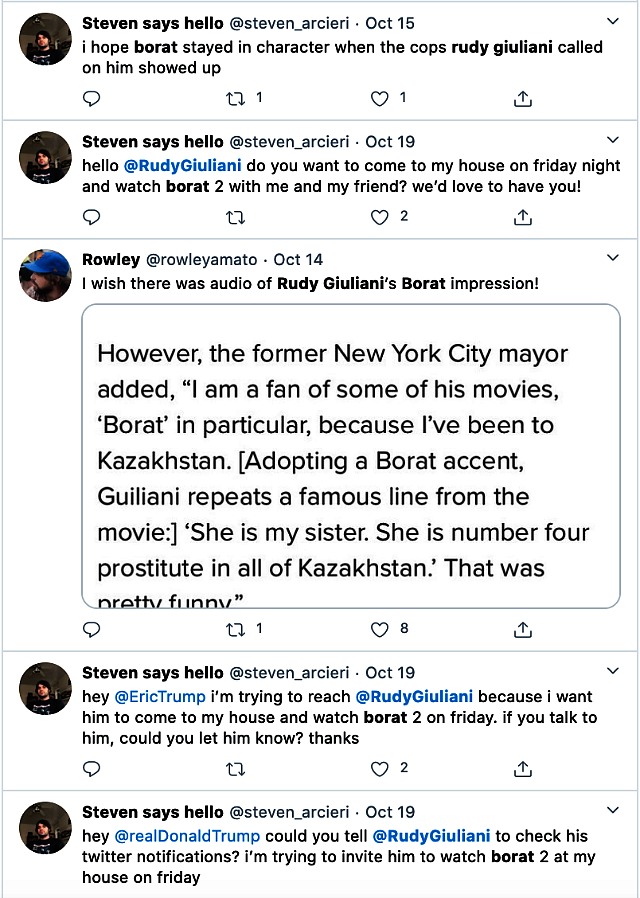 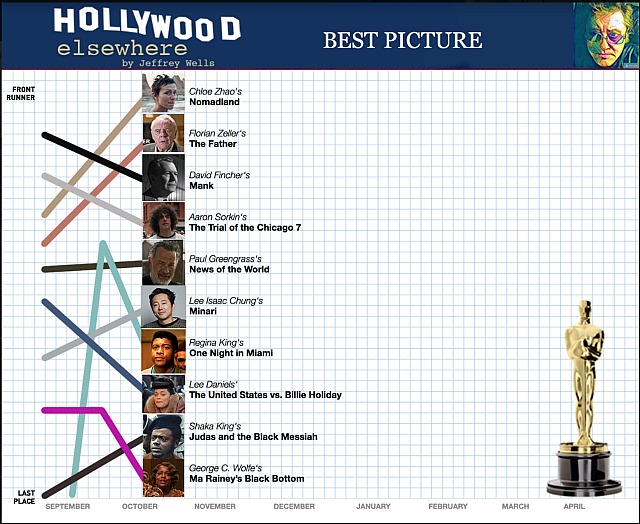 Everyone will want to see the upcoming footage of Trump cutting off his 60 Minutes interview with Lesley Stahl, which happened earlier today. He knows it’s over. He doesn’t care. Keeping up appearances at this stage of the game is meaningless. His whole game is “it’s all rigged against me, and if you’re voting for me you agree with my assessment.” As Sasha Stone or somebody else said a while ago, the Trumpanzees will probably approve of Today’s behavior as they believe that mainstream media is evil, etc. 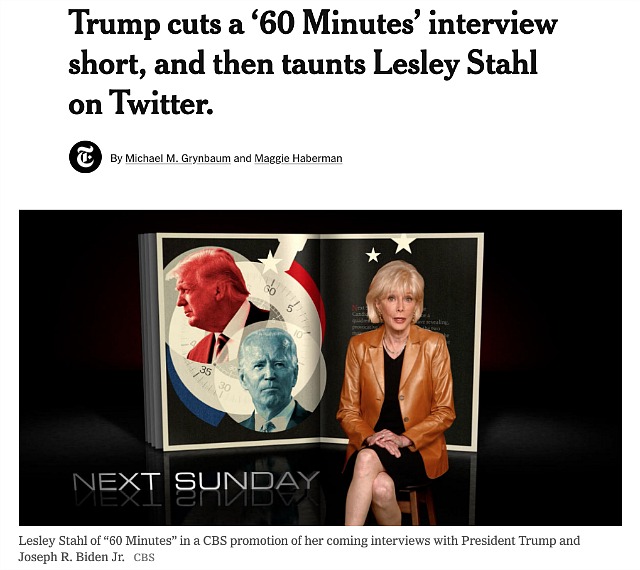 I realize that my admiration for the action sequences in Ang Lee‘s high-frame-rate 4K Gemini Man means that I’m part of an extremely small minority, but my eyes really love the HFR…the startling clarity and 100% absence of any sort of motion blur. Yes, it doesn’t look or feel like “film” or movies, but I love it anyway when it comes to high velocity. I wasn’t a huge fan of the film itself, but who was?

Venice side street, taken in late May of 2017. Please consider the ancient wall and the soft and subdued yellow paint, and especially the mint-green colored awning accented by those six or seven strips of pink neon. If shot on 35mm film the only person who could properly capture this late-evening milieu would be Vittorio Storaro. I haven’t been to Venice since. It almost hurts to think about it. They say the camera on the new iPhone 12 is the best yet, and that it captures amazing colors and details when there’s not much light. 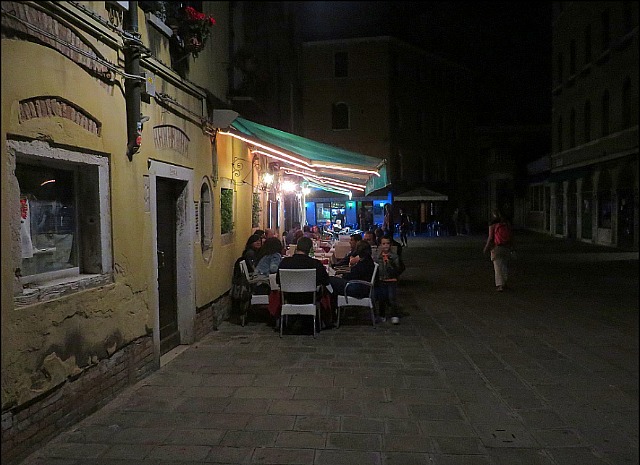 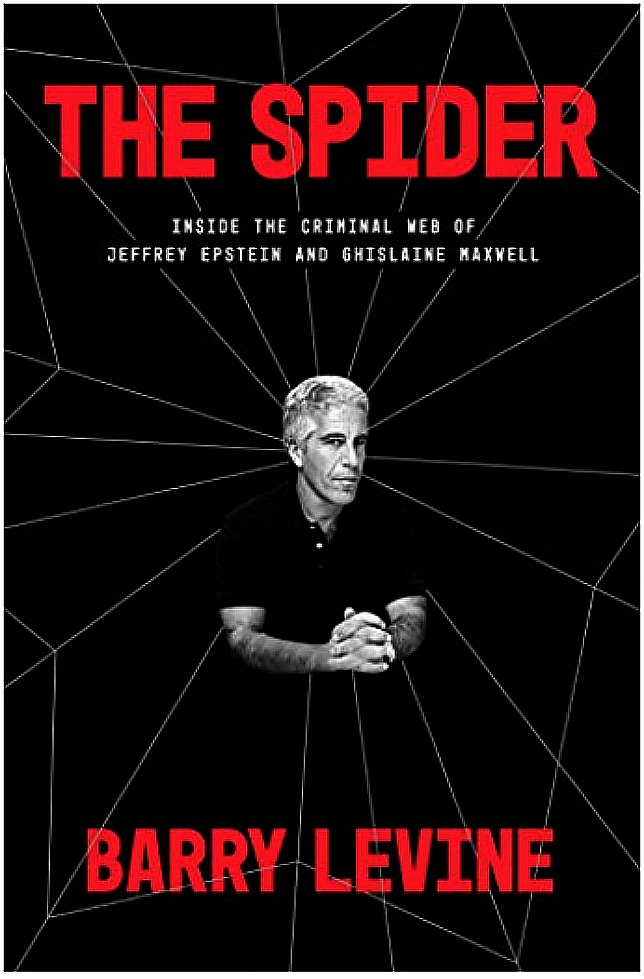 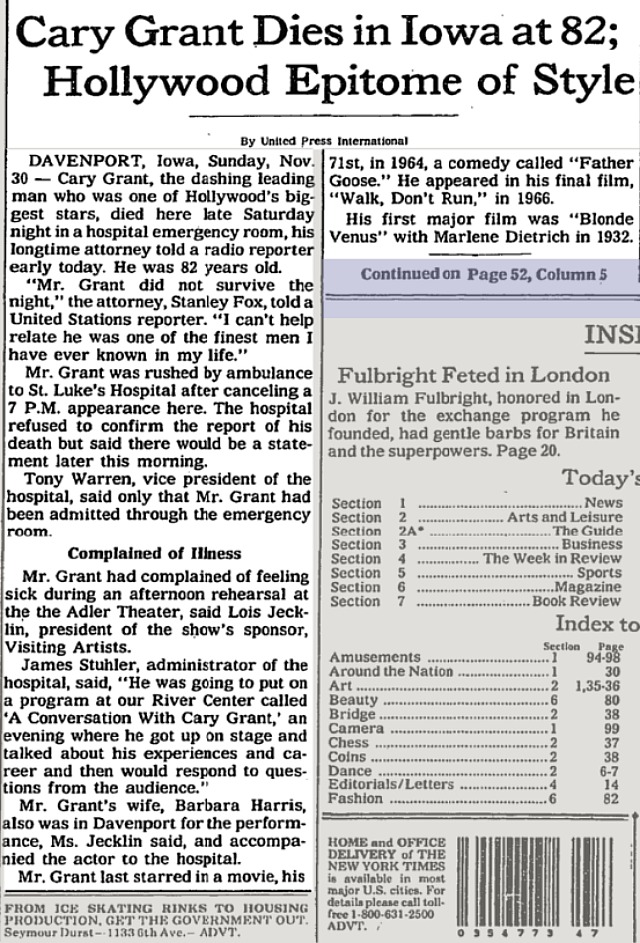 Speaking as a longtime advocate of Green Reeducation Camps, I understand the talk about establishing some kind of post-Trump Truth and Reconciliation Commission.

I love the idea of Donald Trump, Bill Barr, Mitch McConnell, Tucker Carlson, Steve Bannon, Donald Trump, Jr. and other enabling scoundrels having to explain and defend their actions in a Nuremberg-like setting. The idea of some of these guys (Trump and Barr for sure) going to prison is delightful. They deserve to do time, preferably on chain gangs. You know they do.

Then again I’m not sure if wokester terror will become weaker or stronger in the wake of a Biden victory. Maybe it’ll calm down. I don’t know what’s in the cards. I do know that as much as I loathe and despise the Trumpanzees, the left community (which used to represent the honest, truth-telling good guys) has become equally terrifying. Wokester Orwellian oppression is real. 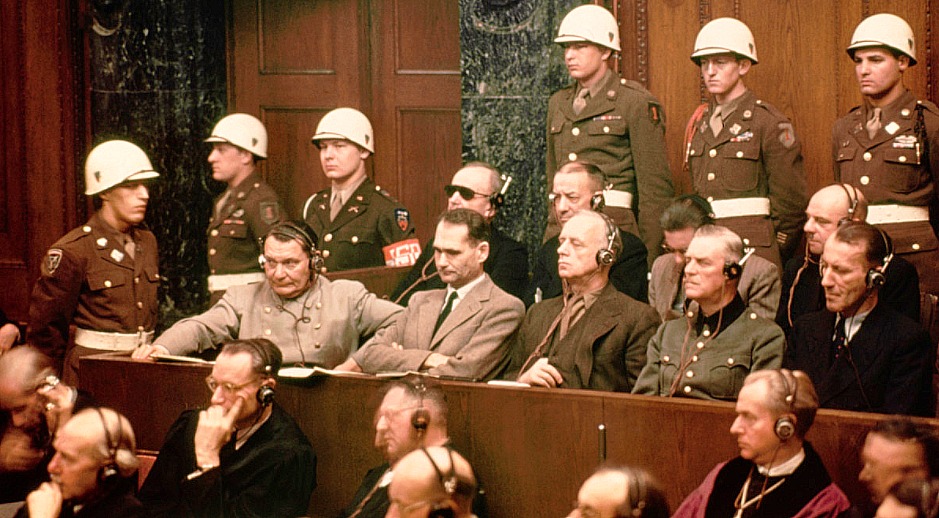 HE to Scott Mantz: I’ve pointed this out on several occasions, but at the time of its release Phil Kaufman‘s Invasion of the Body Snatchers (’78) had nothing to do with anything. It was just a well-made Bay Area spooker (man’s head on dog’s body!)…just a remake that Kaufman decided to do, knowing full well that the social metaphor that had fortified and deepened the 1956 Don Siegel original had evaporated. Kaufman’s version is not amazing. It’s just okay or, you know, good in a spotty kind of way.

Where was the late ‘70s metaphor for creeping conformity (i.e., large seed pods taking over bodies)? It was obvious 22 years earlier with suburban multitudes falling into line with bland Eisenhower-era vales and lifestyles, but not so much in the era of cocaine, Studio 54 and Jimmy Carter.

Oh, and ghoulish Donald Sutherland howling and pointing is not an echo of the pandemic, Scott — most of us see him as a representative of wokesters accusing those who’ve failed to uphold woke standards -— those who’ve used the wrong term, tweeted something clumsy or inappropriate 5 or 10 years ago, failed to submit to anti-racist training, answered a question in the wrong way or muttered in passing that “all lives matter.” 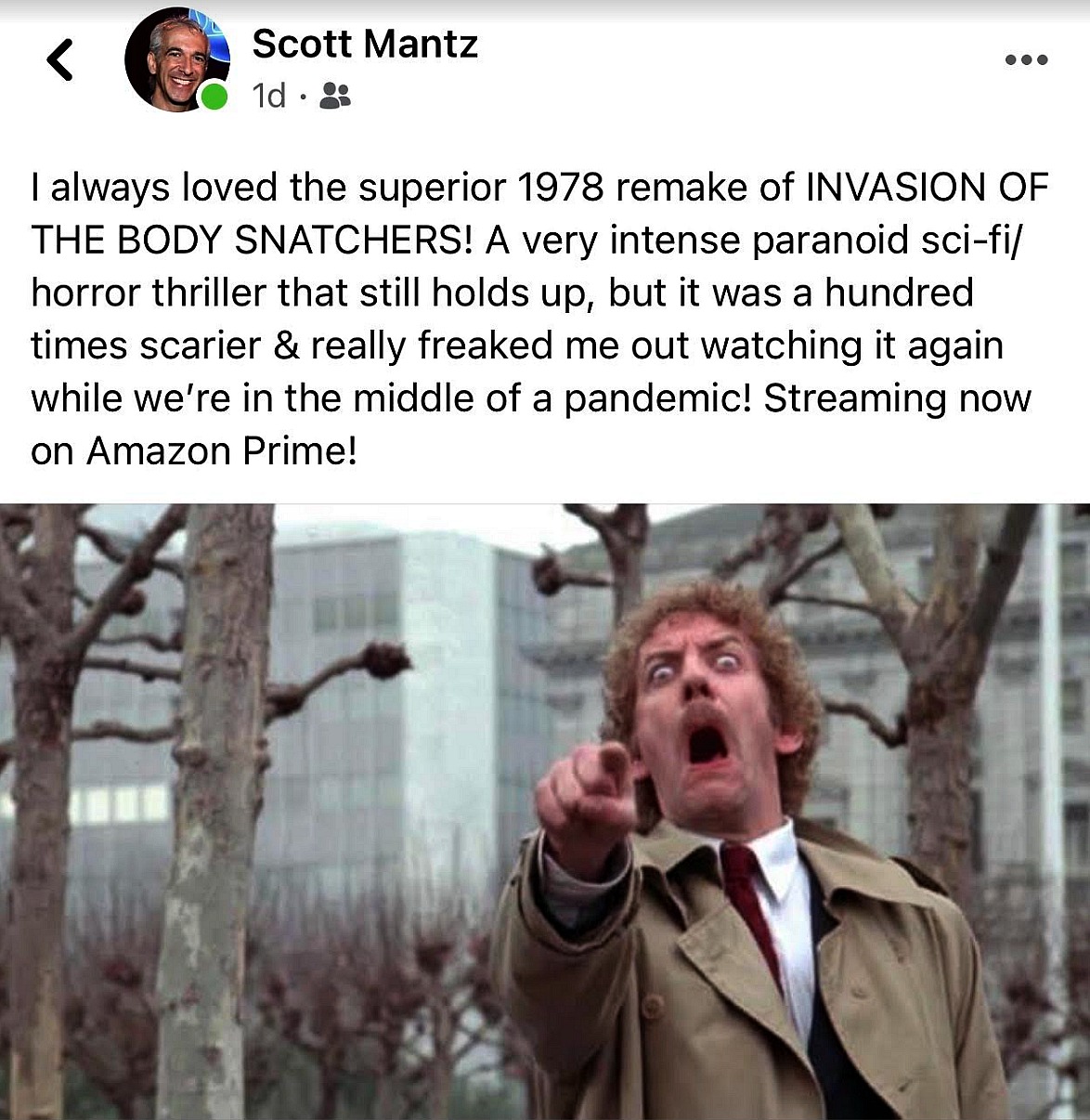 Mantz doesn’t want to acknowledge that wokesters are the same people who burned Oliver Reed at the stake in The Devils. He’s understandably scared of even alluding to this. But Bret Stephens gets it.

“Our compromised liberalism has left a generation of writers weighing their every word for fear that a wrong one could wreck their professional lives. The result is safer, but also more timid; more correct, but also less interesting. It is simultaneously bad for those who write, and boring for those who read. It is as deadly an enemy of writing as has ever been devised.

“I should be more precise. When I say ‘we’ I don’t mean normal people who haven’t been trained in the art of never saying what they really think. I mean those of us who are supposed to be the gatekeepers of what was once a robust and confident liberal culture that believed in the value of clear expression and bold argument. This is a culture that has been losing its nerve for 30 years. As we go, so does the rest of democracy.” 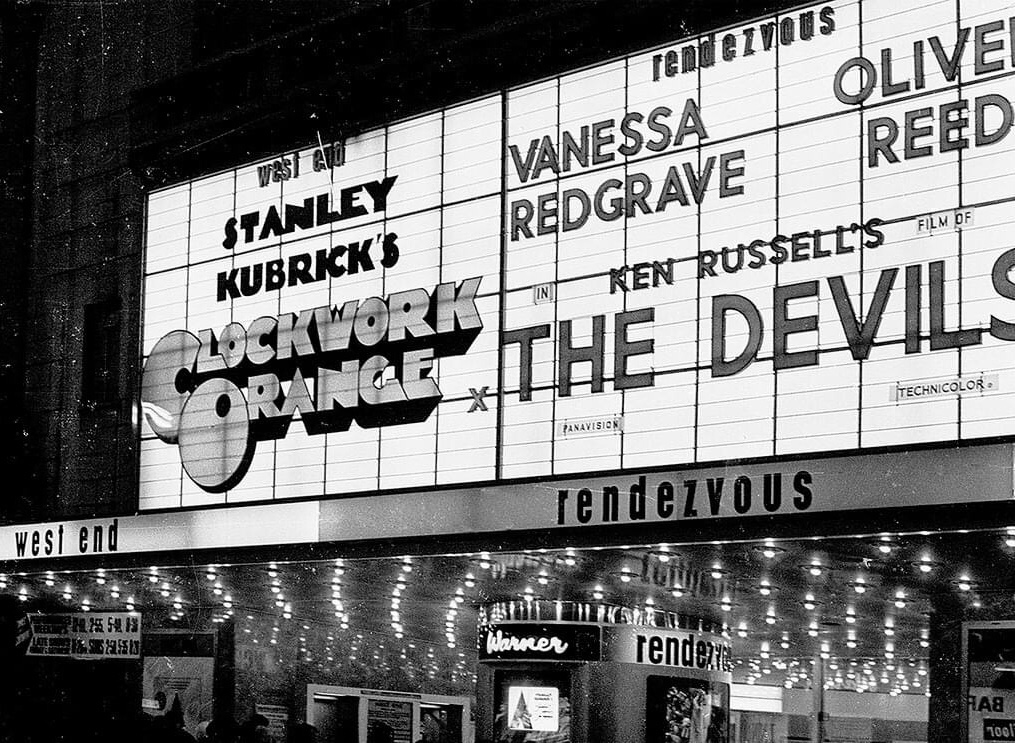