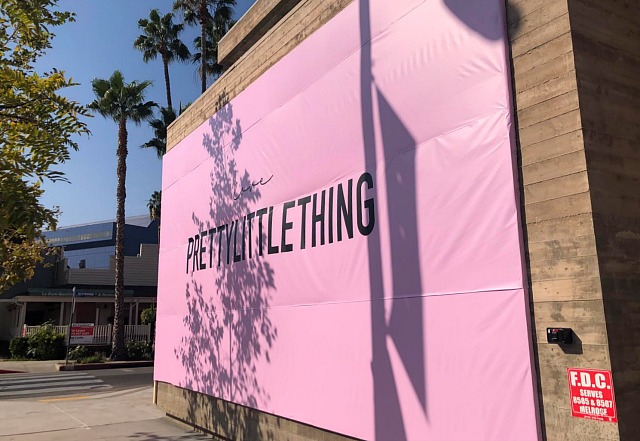 If you’re going to mount plywood over your display windows for fear of an election riot, do it with style and flair. 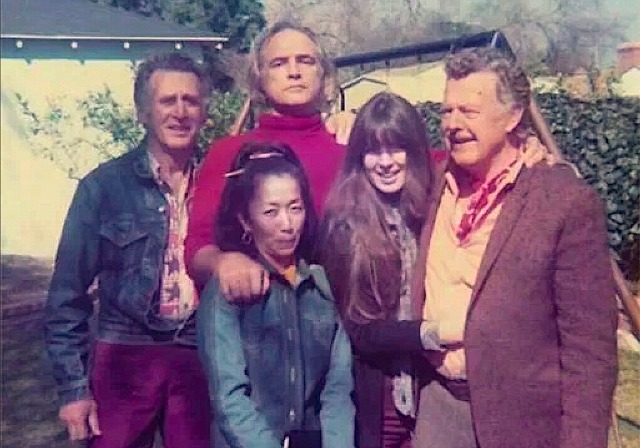 Marlon Brando and friends sometime around ’71. Same appearance and hair length as he displayed in The Nightcomers and Last Tango in Paris. The woman is Jill Banner (The President’s Analyst), whom Brando met during the filming of Christian Marquand‘s godawful Candy (’68). Banner died in a Ventura Freeway auto accident in August ’82. 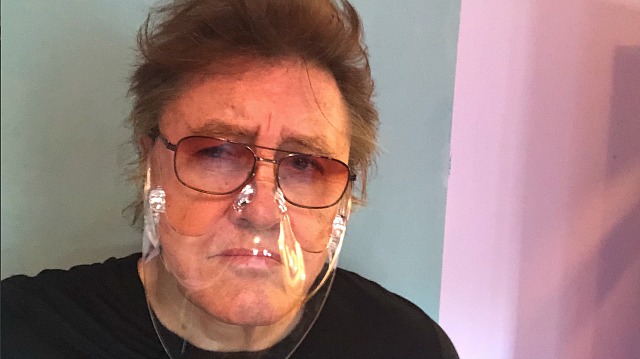 A pair of clear plastic masks arrived today. Much better than common masks. You can breathe more easily, for one thing. 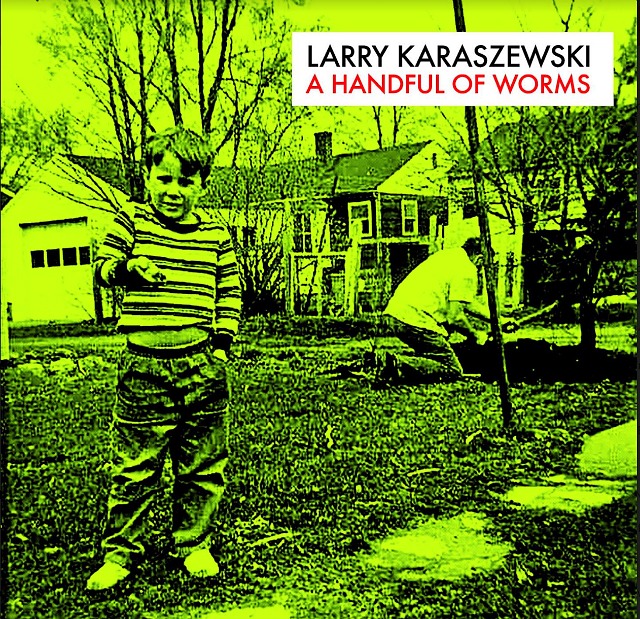 Larry Karaszewski’s “A Handful of Worms” was a decent album for a first-time effort. Alas as we all know, Larru abandoned music and, to our general benefit, turned to screenwriting. 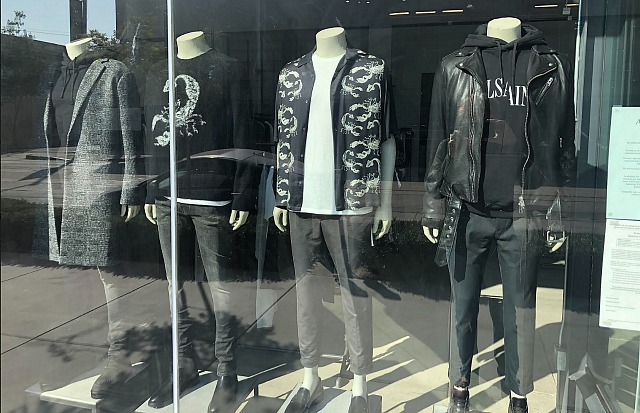 Most appallingly dressed generation in American history, and perhaps in the history of the world. 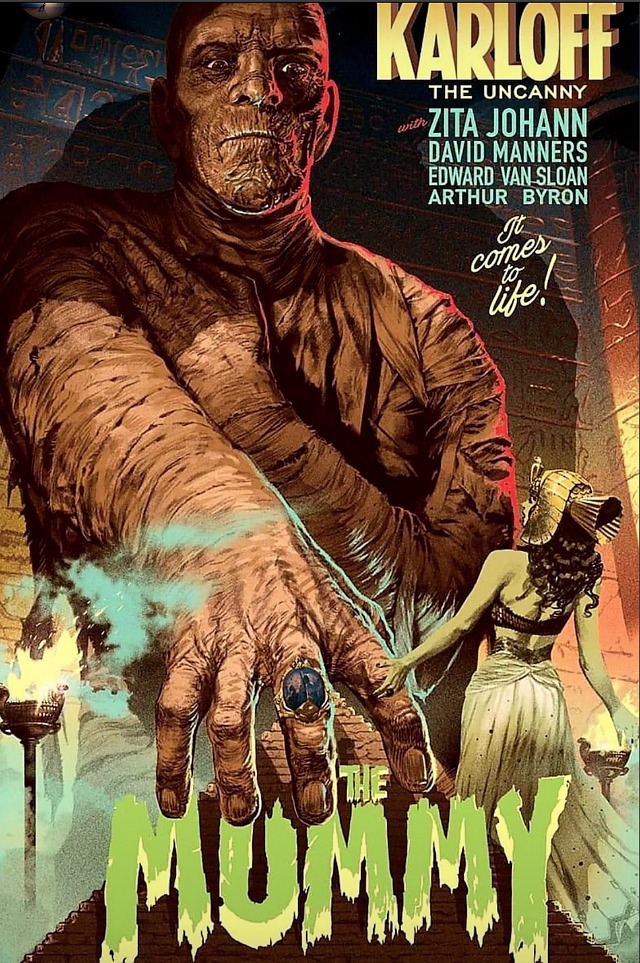 “He was my father…not in life but in Indy 3. You don’t know pleasure until someone pays you to take Sean Connery for a ride in the side car of a Russian motorcycle bouncing along a bumpy, twisty mountain trail and getting to watch him squirm. God, we had fun. If he’s in heaven, I hope they have golf courses. Rest in peace, dear friend.” — Harrison Ford to Variety‘s Elizabeth Wagmeister.

I love “if he’s in heaven”…very few tributes step out of the usual realm.

In hindsight, Ford would probably agree that the motorcycle chase sequence is lively but somewhat routine, but the revolving fireplace barrier bit is a classic. Like almost everything in this 1989 film, it was perfectly choreographed and filmed, and cut just so. Tip of the hat to dp Douglas Slocombe and editor Michael Kahn.

Bob Newhart’s “Retirement Party” routine is about a 65 year-old guy who’s hated his job for decades, was able to stand it only by medicating himself with martini lunches, feels nothing but disgust and bitterness about what he’s made of his life, despises his co-workers and is more or less living in a pit of despair. A reflection, in short, of American middle-class life in the late ’50s under President Dwight D. Eisenhower. The American Dream.

48 Comments
“What Country Do We Live In?”

Friendo: How are you feeling about tomorrow?
HE: The Biden victory starts tomorrow night, concludes Thursday or Friday. Anyone who thinks that Tuesday’s returns will be an either-or, could-go-either-way, “who knows?” thing is living in a nether realm.
Friendo: It’ll come down to four states: Michigan, Minnesota, Pennsylvania and Wisconsin.
HE: Not North Carolina? Not Arizona?
Friendo: I think Trump has NC and maybe AZ, but this is based purely on advanced voting. My prediction is Trump has a slight lead over Biden before we find out the results of WI, PA, MI and MB and MN. This is going to the courts, bruh.
HE: A slight electoral lead over Biden until those four states come in?
Friendo: Three of those four states have installed rules to continue counting ballots until Friday
HE: Right.
Friendo: It’ll be too tight to declare a winner tomorrow, in my opinion. Trump won three of those four states in 2016 so Biden needs to flip them but he is leading in polling in each.
HE: A cliffhanger situation until Thursday or Friday? Naaahh. Tuesday tallies won’t be conclusive, but they’ll be pretty encouraging. If, God forbid, it somehow goes the wrong way regardless, everyone will be blaming wokesters and cancel culture.

Everyone who attended Kendall Jenner‘s birthday party last Saturday night (Halloween) had to first be insta-tested and given a clean bill of health before going upstairs. It isn’t cool to throw a big party these days, of course, but if you’re gonna say “fuck it, I don’t care, life is short, let’s do it anyway”, Kendall chose the right methodology.

The party happened at Harriet’s Rooftop atop WeHo’s 1 Hotel.

Roughly 100 coolios attended, including Justin Bieber, The Weeknd, Jaden Smith, Hailey Baldwin, Kanye West, Kim Kardashian West, Scott Disick, Kylie Jenner, Travis Scott, Paris Hilton, Justine Skye, Quavo, Winnie Harlow, Swaeetie and Doja Cat. I trust they had a good time and that the testing was efficient and everyone’s fine, etc . We’re all entitled to life, liberty and the pursuit of happiness, and that includes the above. No one’s better than anyone else.

But I have a question. Imagine for the sake of imagining that Kendall’s guests were on a Los Angeles-to-Seoul flight aboard a privately-charted jumbo jet, and an hour or two past Hawaii the jet was shot down by terrorists and sank into the Pacific. Apart from the loss of life suffered by the crew, how exactly would the world be a lesser place as a result of this tragedy?

“Oh, yeah, he’s definitely going to leave. The secret about people like [Trump} is, a lot of bluster and a lot of overcompensation, but most boys are actually cowards. And I can tell you the President does not like personal confrontation. He’ll tweet at you, but then if he sees in you in person, like was with Chris Wallace last summer, he tries to act lovey-dovey.

“It’s very typical, that middle-school bullying behavior…he’ll leave. The Secret Service and the Marines have already talked about the idea of him not leaving and who’s going to escort him out of the White House. There’s no chance that’s gonna happen. The defeat, the electoral defeat…he’ll be the third U.S. President in the last 120 years to only serve one term. That’ll be humiliating enough. I don’t think he wants to be physically escorted out of the White House by the U.S. Secret Service.

“His personality is bluster and saying things, but he really isn’t a doer that way. I think he will blow out. He’s a showman, but he actually hates the fucking job. Barack Obama has him read perfectly. [“He’s a bullshitter.”] He doesn’t like the arduous nature of the job. He doesn’t like the pain in the ass [stuff].” — former White House Communications Director, all-around New York financial hotshot and gregarious media gadfly Anthony Scaramucci, speaking with The Sun‘s Henry Holloway.

Like everyone else I was seething in the days immediately following Trump’s election. But I was surprised and touched by Kate McKinnon‘s SNL performance of Leonard Cohen‘s Hallelujah. The lyrics are about despair and resignation and feeling “cold and broken”, and I thought to myself “wow, this is ballsy…an SNL opener that’s frankly glum and saying “God, this hurts.'”

And then the song ended and McKinnon turned to an MCU camera and said, “I’m not giving up and neither should you.” And with those eight words, the spell was shattered.

Friendo: “If I told you that I recently saw Bari Weiss on TV talking about cancel culture, what show do you think that would have been on? Probably Real Time with Bill Maher, right? Well, she was doing that very thing five or six days ago…on The View. I thought: Shit, that’s a change. And I think it’s a sign. Within a year, I could see the mainstream media’s trendy new meme being ‘Has cancel culture gone too far?’ Do people in media REALLY want to work with a yoke of ideological censorship hanging over their heads? No. There has to be a reaction against this. And with no ‘But look at Trump!’ to point to, the wokester argument is going to carry a lot less weight.”