Earlier this evening Disqus went down for maintenance, and when they were finished the entire day’s comments had been wiped clean. Much appreciated, guys.

HE to friendo: “Given that the original Wonder Woman (’17) was joyously celebrated and embraced by women everywhere, and that WW84 has a pre-opening woke pass (not to mention the Covid sympathy factor), I found it significant that a woman from a major outlet — Angelica Jade Bastien — wasn’t sold. In the current climate a major-outlet male critic would have had a fairly tough time if he’d written such a review.”

Friendo to HE: “I had mixed feelings about WW84. I actually thought the first one was better. I think it’s being overpraised in a depressing, boilerplate way that is totally about the woke factor.

“That said, if you read between the lines of Bastien’s review, it’s not really an anti-woke critique of WW84. It’s kind of saying that the movie, and all these movies, fail because they aren’t woke enough. It’s criticizing the idea that corporate blockbuster moviemaking, by going all diverse (black superheroes! women superheroes! transgender paraplegic possum superheroes!), thinks it’s ‘done enough’ to qualify as ‘progressive’, when it fact that’s just tokenism.

“My problem with WW84 is that [it has] a weird monkey’s-paw plot device (you’re granted a wish but you have to lose something in the bargain!) that never completely tracks, and a villain who seemed like Bill Pullman‘s goofball comedian brother.”

HE to friendo: “I thought Kristen Wiig (aka Cheetah) was the villain. Oh, you mean Pedro Pascal‘s Donald Trump-like figure (“Maxwell Lord“).”

Friendo to HE: “Wiig is actually the second villain. In that busy, overstuffed Batman Returns way.” 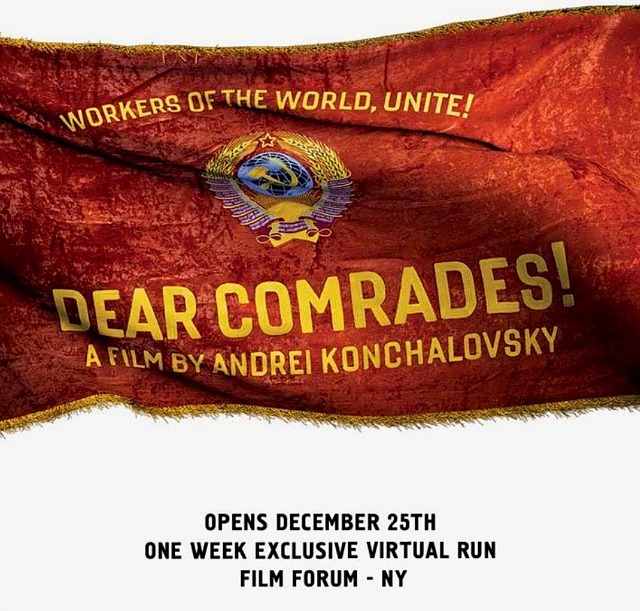 Transportation Secretary? Okay, I guess, whatever. No offense to Uncle Joe, but in a more perfect world Pete Buttigieg would be the President-elect. Thanks once again to all those homophobes and progressive ayeholes who did what they could to hobble Pete’s presidential primary campaign.

If confirmed, Buttigieg will be the first Senate-confirmed openly LGBTQ cabinet secretary, as well as the youngest person to serve as Secretary of Transportation. He probably won’t serve any more than three years; he’ll probably run for President in ’24.

I love roaming around Manhattan (i.e., not Brooklyn) during a moderately serious snowstorm. Which seems to be happening now. By this I mean the kind of rough and tumble snow that sticks to the sidewalk and accumulates at least a half-foot or more. Today’s Nor’easter could actually deliver two feet.

That awesome feeling of standing on a streetcorner in my black overcoat and cowboy hat, getting splattered by bits of flying ice and snow when a taxi speeds by, delighting to that muffled-snow-blanket sound, ducking into a deli for a plastic container of watermelon salad or a Starbucks for a cup of black battery acid…loving it all. 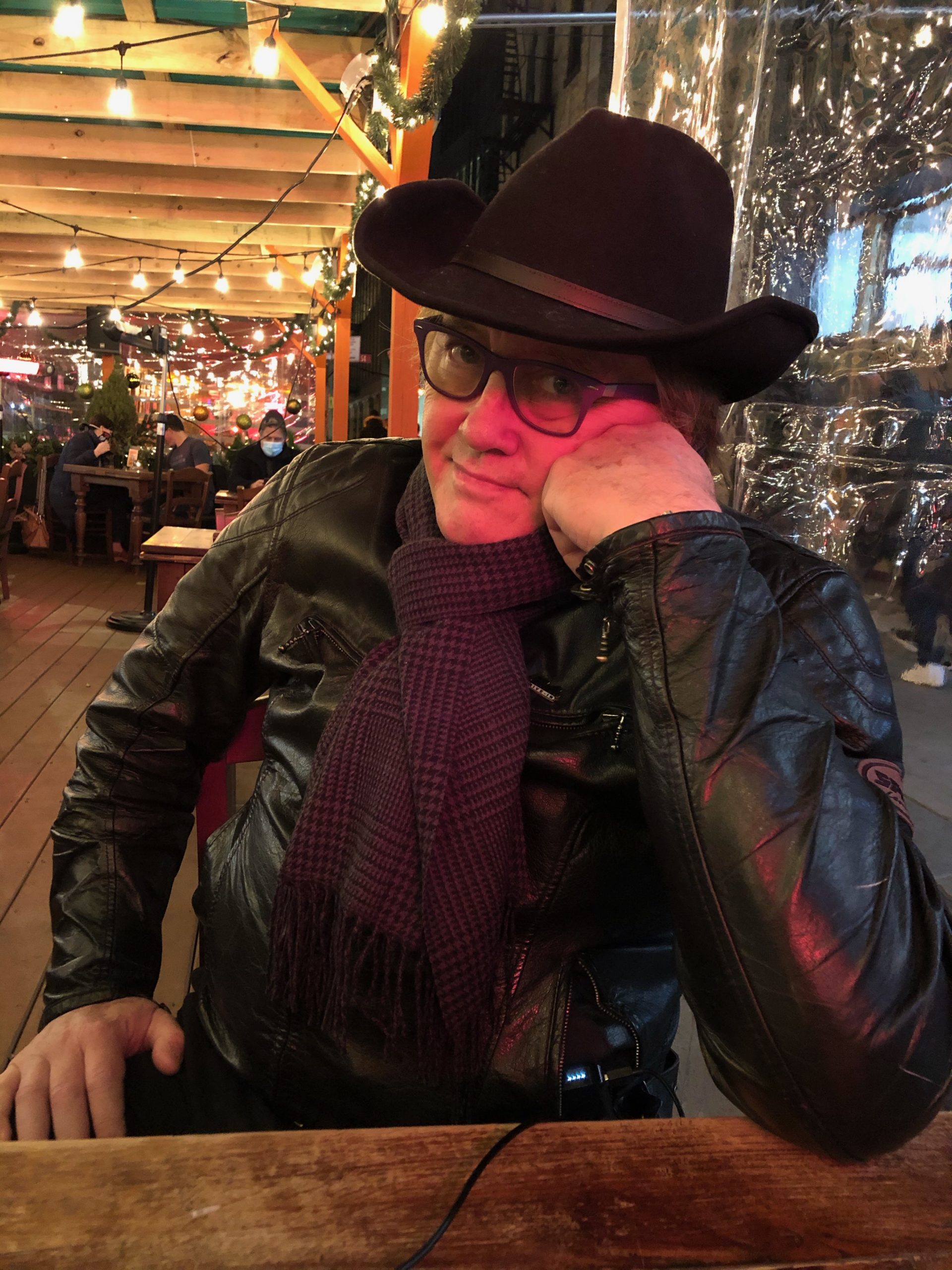 Here’s HE’s latest Best Picture chart. I’m honestly split 50/50 on the merits of Chloe Zhao‘s Nomadland and David Fincher‘s Mank, and so they’re tied for second place. (At least for the time being.) They’re both excellent films, and in a Mangrove-free world either could easily occupy the #1 slot. But Steve McQueen’s film happened, and there’s no question it’s 2020’s finest.

Curious as it may seem to some, I regard Roman Polanski‘s J’Accuse (i.e., An Officer and a Spy) as a 2020 feature, even though it never opened (and probably never will open) stateside.

It had its world premiere at the 2019 Venice Film Festival, and began to illegally stream earlier this year. In my book that makes it a necessary 2020 release, as there was no other way to see it. The Polanski stamp demanded the attention of film mavens the world over. Even if J’Accuse was streaming right now on Amazon, Netflix or HBO Max, would most critics ignore it all the same? Probably. The applicable terms are “fear” and “cowardice.” Or, if you will, “playing it safe.” 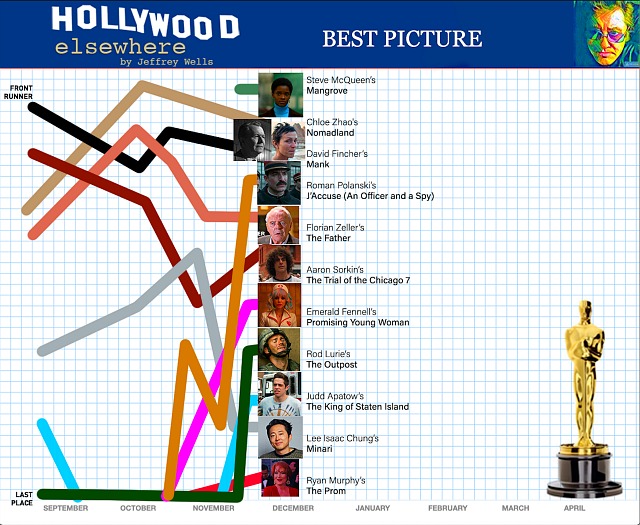 I have nothing but disgust and condemnation for any sexual abuser in any realm, but in this instance it’s also unconscionable, I feel, to not separate Polanski the artist from Polanski the flawed individual. Brilliant filmmaking is brilliant filmmaking, and it’s completely derelict for critics to ignore this film, as almost all of them have over the last year or so.

I had to give J’Accuse the third place slot — it’s too mesmerizing, too exacting and too searing to be designated any other way.

The Mangrove irony, of course, is that Amazon has decided not to go for Oscars but Emmys, which I regard, due respect, as a mistake. If I’d been in Amazon’s shoes I would have submitted the other four Small Axe films — Lovers Rock, Education, Alex Wheatle and Red, White and Blue — for Emmy consideration while declaring Mangrove to be a theatrical, Oscar-qualifying, stand-alone feature.

There’s no theatrical realm to speak of these days so any half-decent streamer can (and in Mangrove‘s case, definitely should) be regarded as a Best Picture contender. If any 2020 film deserves to be so regarded, it’s Mangrove.

If not for the pandemic Mangrove would have premiered in Cannes last May, perhaps played a couple of early fall festivals besides NYFF ’20, and gone on to a semblance of theatrical glory. It would’ve certainly emerged as a top-ten favorite on all the lists. Academy and guild voters would’ve had no choice but bestow a Best Picture nomination, as they did six years ago with McQueen’s 12 Years A Slave.

I’ve never seen Michael Mann‘s L.A. Takedown, a 1989 TV pilot that told more or less the same story used for Heat (’95), but without the tone of expansive meditation and all the character emdroidery. And why would I? Why would anyone want to watch a shorter, cruder, nowhere near as good version of a classic?

“What ultimately makes Heat so much more than a cops-and-robbers movie is Mann’s huge canvas, which has room for plotlines and characters that could sustain films of their own: Hanna’s suicidal stepdaughter, the money launderer who makes the mistake of tangling with McCauley’s crew, the thief who moonlights as a serial killer, the noble ex-con trying (and ultimately failing) to go straight.

“Viewed in retrospect, L.A. Takedown (’89) underscores the eventual genius of Heat: When you boil this narrative down to its basics, to plot and even some dialogue, it’s a fairly plain (pedestrian, even) crime picture.

“It was all of Mann’s subsequent flourishes, all the details and atmosphere and character touches, coupled with the game-raising skill of a once-in-a-lifetime ensemble cast, that made Heat the classic it has become.” — from Jason Bailey‘s “Heat and the TV Movie That Paved Its Way to Becoming a Classic,” posted in the N.Y Times on 12.16.20.

I’ve been tongue-lashed by superiors. It’s not pleasant but neither is getting caught outdoors in a rainstorm. You grim up and get through it. Yes, of course — we’d all naturally prefer a quieter, less belligerent form of correction or admonishment.

But what if the superior is yelling about a rational or sensible point of view (i.e., “people who don’t respect Covid safety rules are endangering our movie shoot, and if I see this kind of reckless behavior again the offenders are going to be fired“)? If so I would listen and nod. I sure as shit wouldn’t go all fluttery and Millennial and say “waahhh, yelling!”

Yelling is unfortunate, of course, but as long as it’s not part of a habitual pattern it’s not that big of a thing. It’s just volume and impatience and pent-up anger. And it evaporates like that.

I’m presuming that rules and warnings were clearly conveyed by Mission Impossible 7 producers and senior staff all along, and that Cruise blew his cork when he saw a couple of people ignoring the basics. Not that big of a deal. Decibel levels, stare at the floor, acknowledge message, back to work.

Millennials and Zoomers who’ve said that “this kind of workplace yelling is unacceptable” are focusing on the manner of expression rather than what’s being said. Bosses get angry and they yell from time to time…big deal. Welcome to the rough and tumble.

And you know what? If more people who’ve ignored Covid safety protocol for months on end…maybe if they’d been read the riot act by a Cruise-like figure once or twice, maybe the pandemic wouldn’t be surging as we speak. Or at least not as badly. 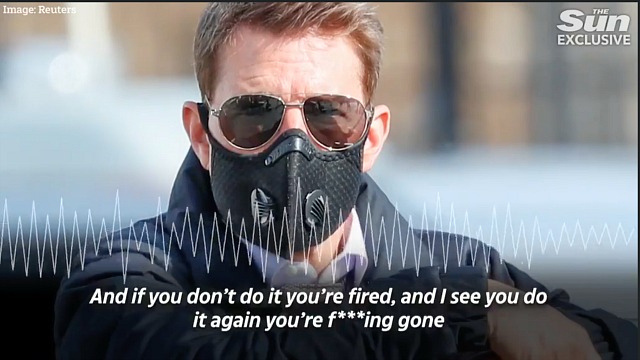 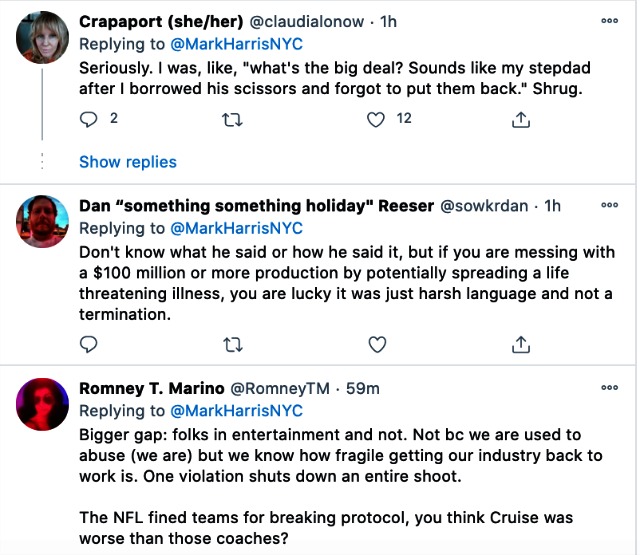