On 1.17.21, World of Reel‘s Jordan Ruimy reported that “there are early, but very serious, talks from Mouse House head honchos to punt the football and release a majority of their 2021 releases straight to Disney Plus, some in unison with theatrical releases. The titles being seriously discussed include Cruella, Luca, Shang-Shi, Jungle Cruise and, most intriguingly, the overtly-delayed Black Widow.”

Today Deadline‘s Anthony D’Allesandro reported that Disney will open Cruella and Marvel’s Black Widow “simultaneously in theaters and on Disney+ with Premier Access (which is usually $30 a purchase extra for subscribers) in most Disney+ markets on Friday, 5.28 and Friday, 7.9, respectively. It also shifted release dates on five other films.”

Cecil B. DeMille‘s The Greatest Show on Earth (’52) is one of the least deserving Best Picture Oscar winners of all time. We all know that. But when they show it on the streaming services, they ought to respect the original “boxy is beautiful” aspect ratio (i.e., 1.37:1).

As we speak, Amazon and Paramount Plus aren’t respecting this — they’re showing it within a 16 x 9 a.r., and that ain’t cool. Yes, a new Paramount Home Video Bluray with the correct boxy proportion with be out in a few days. 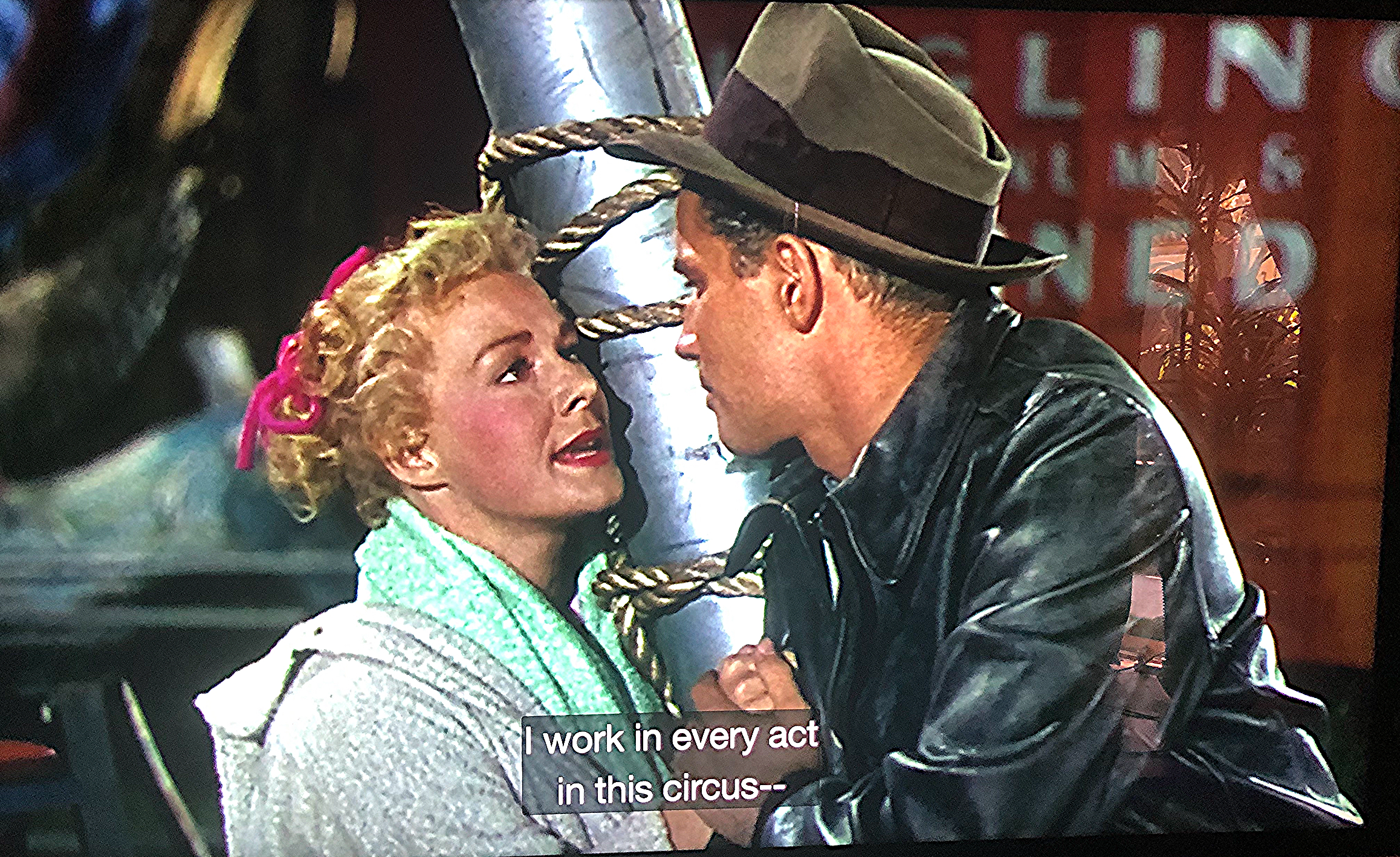 Cleavered version of DeMille’s epic, now streaming on Amazon and Paramount Plus

This morning Awards Daily‘s Sasha Stone posted a sum-up piece that addresses the militant oversteps of the totalitarian Twitter mob over the last three years, give or take.

The piece is called “Best Picture and the Green Book Effect.” I’ve highlighted a few portions, but before I post them never forget an essential HE legend, which is that Green Book‘s Best Picture triumph, which happened a little more than two years ago, was an absolutely glorious pushback against the p.c. Twitter jackals.

Yes, I’ve said this two or three times before but it feels so good to repeat it.

Sasha excerpt #1: “I have never believed Green Book deserved the [ugly] treatment it got [from the wokesters], certainly not how the filmmakers’ past was rifled through and exposed. To me, it was redirected anger at Trump that caused a lot of the anger. [And yet Academy] voters didn’t seem to care and still picked the film to win Best Picture. Although now most people in the film coverage industry believe Green Book got what it deserved and that the Academy, which had picked Moonlight just two years before, was racist for voting for Green Book.”

Sasha excerpt #2: “The balloon of hysteria that arose on Twitter in reaction to Green Book’s success [was tumultuous]. They mostly left the film alone until it started winning the top prizes. The critics had thrown their lot 100% behind Roma and fully expected the Academy would make history with the first ‘foreign language’ film to win Best Picture.

“The Academy finally did that the following year [with Parasite], probably because of what happened with Green Book and Roma.

“But Roma was never going to win. If you gave voters only those two choices there is very little chance they were going to pick Roma. It was a beautiful film but it was not a general audience crowd-pleaser like Green Book is.

“In almost every case, a Best Picture winner is that one movie you can sit anyone down in front of and they will at least get it if not love it. They have to get it. Many could not and did not get why Roma was receiving so much praise.”

HE side riff: Roma lost support because of two things: (a) the opening 15 minutes, in which Yalitza Aparicio‘s Cleo” is shown cleaning up a spacious two-story Mexico City home and making beds and whatnot for what feels like forever, and (b) there were too many dog loads in the driveway, a problem made worse by the fact that Cleo made no real attempt to regularly clean them up.

“But even if people who cover the race objected to the treatment of Green Book, they weren’t going to say anything. It was way too risky.

“If they did say anything it would be in support of the attempts to bring the film down. That’s really the way you build clout online in the insular world of film criticism or bloggers or fans online. You go along or else face being ignored or being attacked.” 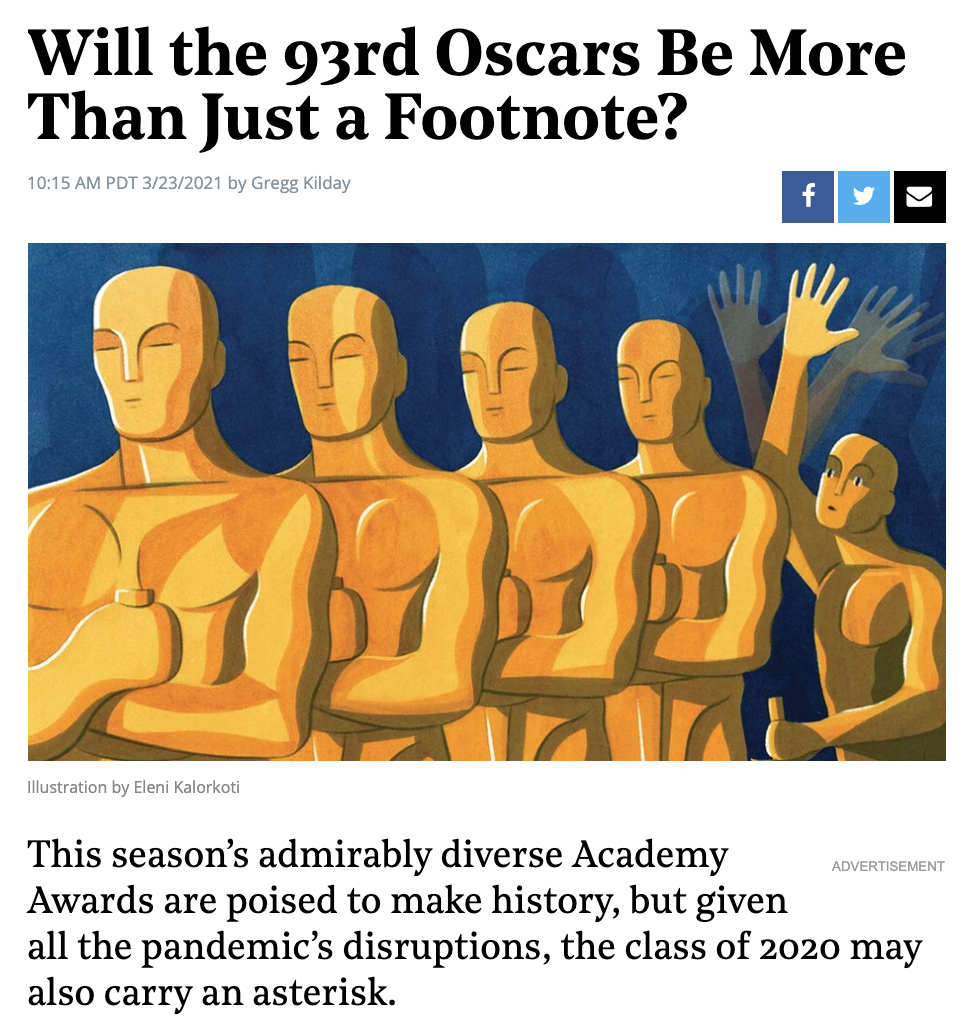