What makes this photo so great is a strong likelihood that no one arranged for the red hardtop Mustang (probably a ’65 model) to be cruising east at the corner of Sunset and Clark at this very moment. And even if someone did plan it, it’s kinda mindblowing that the Mustang and the Whisky are almost exactly the same shade of red**. This was probably taken sometime between 5.19.67 and 5.21.67, which is when the Byrds were headlining and the Doors were the openers. 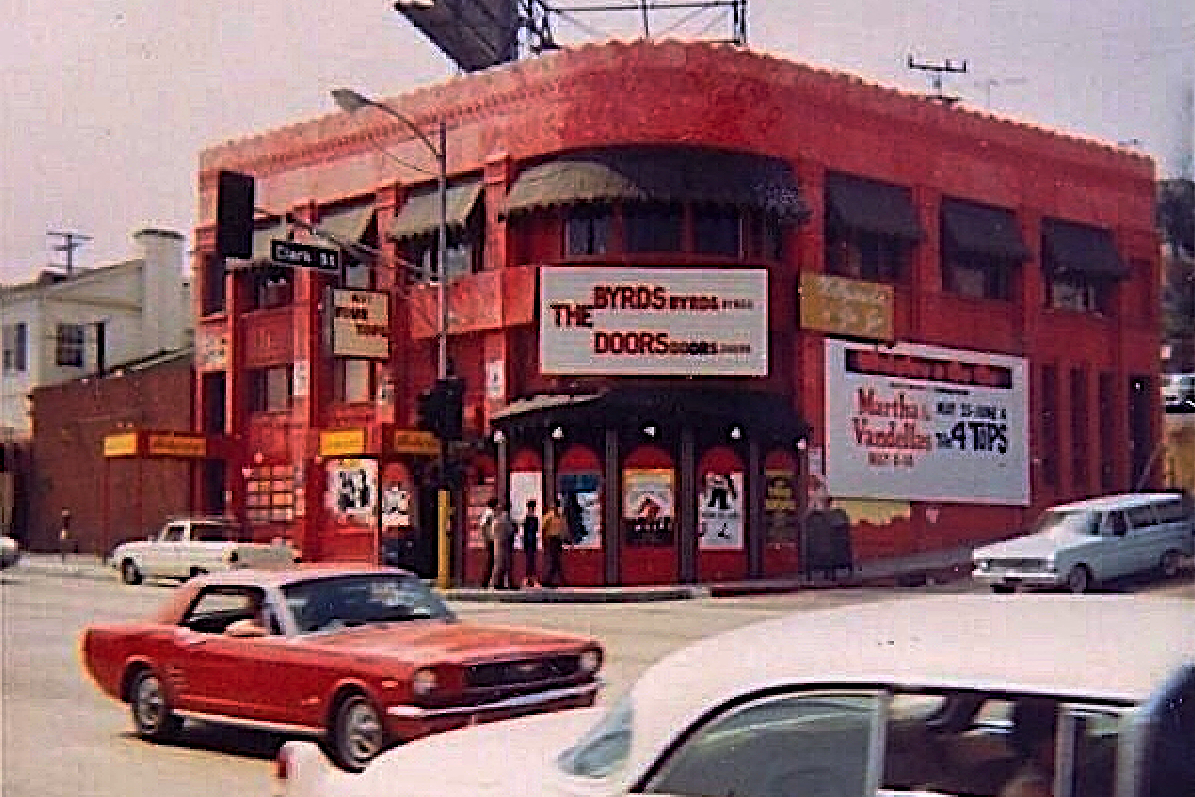 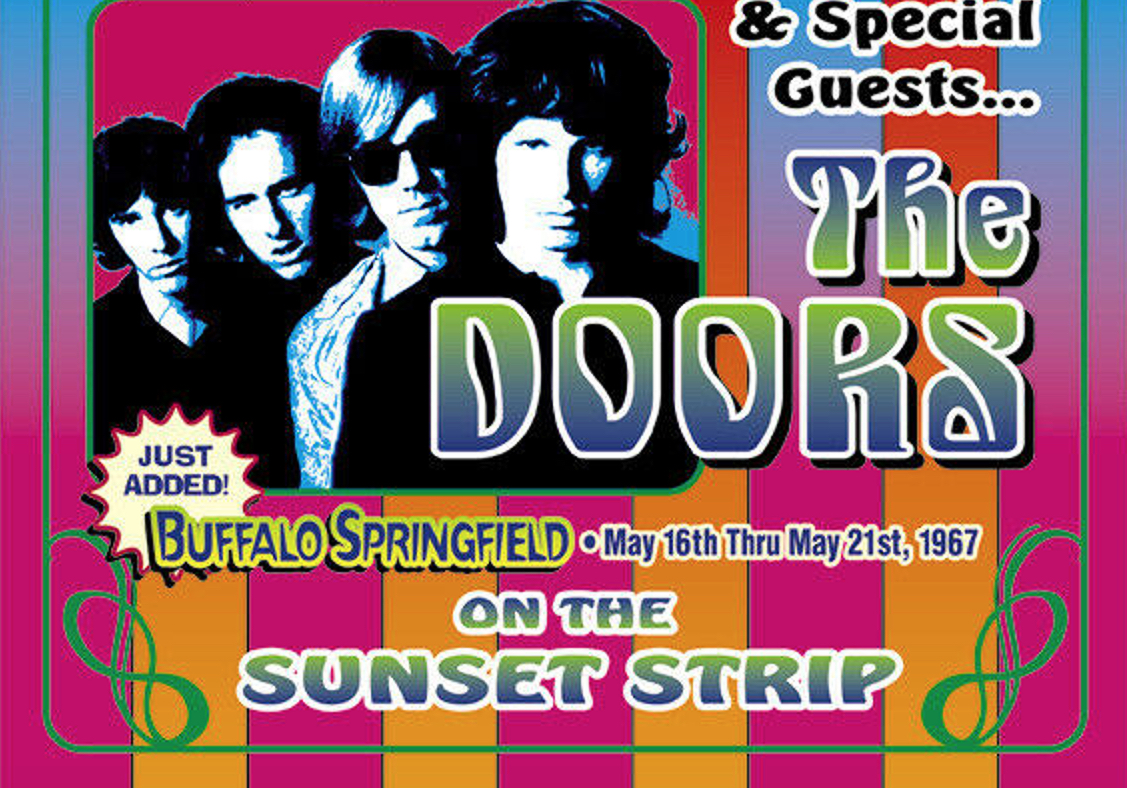 ** Yes, the Whisky red is a tiny bit earthier…a faint touch of brown.

…it’s good writing. (And good acting!) And if it was spontaneous, it’s one of the greatest off-the-cuff lines ever heard on TikTok.

The anti-Kidman, pro-Messing mob is getting more and more strident. Kidding…we’re probably just talking about 40 or 50 Twitter soreheads, and possibly fewer. The complaints will mostly vaporize when Aaron Sorkin‘s Being The Ricardos comes out…what, later this year? 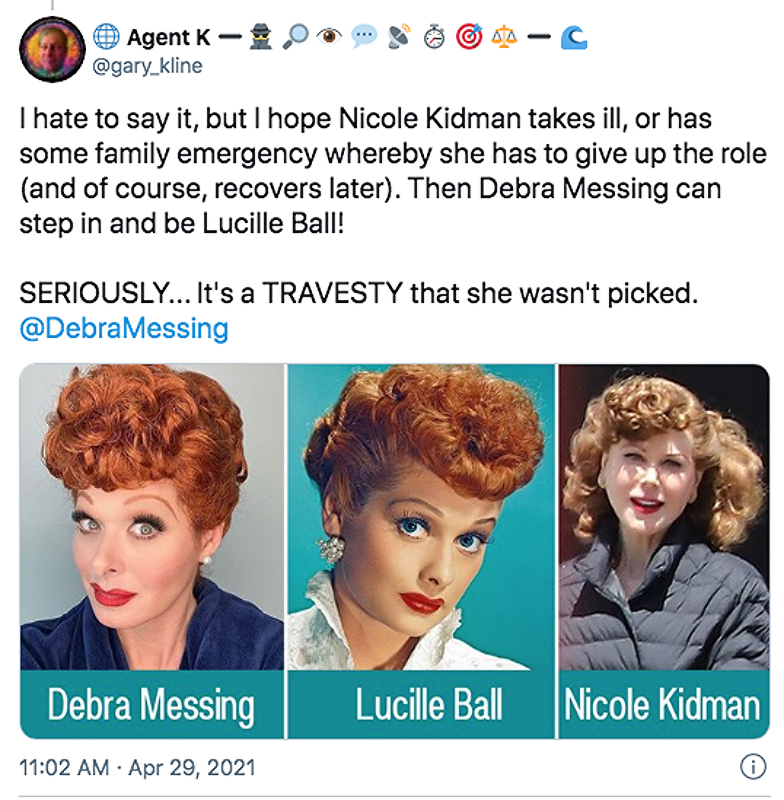 28 Comments
Only Seven Years Ago

In a 2014 Fade-In interview with the late F.X. Feeney, Nebraska director Alexander Payne said the following:

“Some studio people asked me out to lunch a couple of months ago, and they said, ‘Look, if we let you run the studio, what changes would you make?’ I said, ‘Well, thanks for asking. I believe in the $25 to $45 million adult comedy and adult drama. Why does everything now adult have to be absolutely shrink-wrapped and be robbed of the production value it could have? Where is Trading Places today? Where is Groundhog Day today? Intelligent summer comedies. Where are the intelligent ones?’ Then the studio guy said, ‘Well $45 million…I think I might disagree with your price point.’ I said, ‘You might, but where is Out of Africa today? Why don’t we have films like that?”

Payne wasn’t crazy to ask this. Others felt the same way. The middle-class Spotlight came out the following year (2015) and Manchester By The Sea happened in 2016. But look at how things are now. Good God. It’s just noteworthy, I think, that Payne’s viewpoint seemed entirely legit and reasonable and not in the least bit eccentric only seven years ago.

I’ve never seen and will almost certainly never see Steel Magnolias start to finish. Ditto Beaches. That’s all I can think of right now. There are dozens that aren’t coming to mind. My brain engine won’t turn over.

I once worked with a woman who had never seen Heat. When asked why, she said, "Because every man I've ever worked with has all but DEMANDED I watch it. My life is just fine without it." Me, I've never seen Scarface. Prolly not gonna. What's your "never seen/won't see" classic? pic.twitter.com/ELfL9EDbGG

Earlier Joe Rogan: “Are you a healthy person? Like, look, don’t do anything stupid, but you should take care of yourself. You should…if you’re a healthy person, and you’re exercising all the time and you’re young and you’re eating well, like, I don’t think you need to worry about this.”

HE to Earlier Rogan: “You know some younger people who eat well? Most of the younger people I’ve known eat crap and carbohydrates and drink a whole lot. People generally don’t start eating well until they get into their 30s and 40s.”

Today’s [4.29) Rogan: “I’m not an anti-vax person…in fact I said I believe they’re safe. I encourage many people to take them. My parents were vaccinated. I just said that I don’t think that if you’re a young healthy person, that you need it. [Fauci’s] argument was you need it for other people [to avoid infecting them]. But that’s a different conversation. And yes, that makes sense.”

Extra Rogan: “I am not a doctor. I am a fucking moron. I am a cage-fighting commentator. I am not a respected source of information even for me. But I at least try to be honest about what I am saying.”

Viewers considering the merits of Chamber of Horrors (’66) were probably given pause by the fact that the director’s first name was “Hy” — short for Hyman. “Hy” is not the name of a director of a horror film — it’s (a) the host of a benefit variety show, (b) a guy you might play golf with, (c) a guy who owns a Palm Springs restaurant-bar or (d) runs a San Francisco comedy club.

Hy’s full name was Hyman Jack Averback. He was a fairly successful radio, TV and film actor who directed a lot of TV shows, and who co-produced F Troop.

Chamber of Horrors was originally shot as a feature-length pilot for a proposed series called House of Wax. It was considered too intense for the tube, so Warner Bros. marketers dreamt up the “fear flasher” and “horror horn” gimmicks. Shot at Warner Bros. studios in Burbank (Tony Curtis performed an uncredited cameo), it opened on 10.21.66.

The narrator of the trailer is William Conrad.

Last weekend I posted a pick-up piece that was based upon a 4.23 piece by Vulcan Reporter containing what I’m told was mistaken reporting.

The article ended with the following: “While Warner Bros is not abandoning home video media completely, the amount of Warner Bros films and shows that will be getting physical media releases will be going down as the idea is to develop more interest in HBO Max.”

A knowledgable source says that the story was based upon “an improper or misunderstood comment from Jerry Beck to someone who had left their fact checker in their sock drawer.

“No one from Warner Archive said anything. [Beck] knew some release info that was not to be discussed, and mentioned it in an interview. That info was taken totally out of context, and then put in an article by a journalist without a clue.

“The studio isn’t the problem. The pick-up piece you ran on 4.24 was neither true nor accurate.” 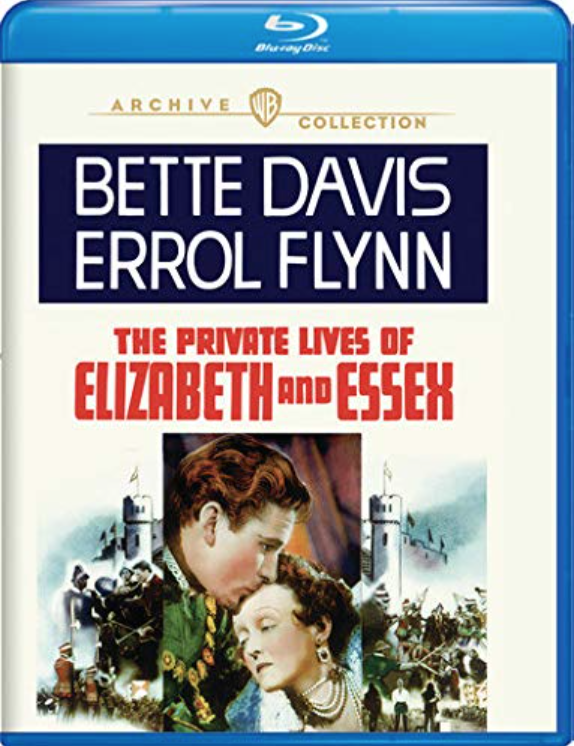 If you have a liking for “hang-out” films, consider a view that Fred Zinnemann‘s The Sundowners (’60), which isn’t even available via HD streaming, is one of the better ones.

It’s a hang-out film because it’s leisurely, laid-back and pretty much plotless — it just ambles along from one episode to another. Okay, there’s a third-act focus on possibly buying a home and settling down, but there’s never much urgency about this.

In hang-out films dramatic conflicts, second-act pivots and third-act crescendos barely poke through and are otherwise subordinate to the ebb and flow of relationships between the main characters. A focus on mood, flavor, attitude and atmosphere (be it laid-back or existential).

One of my personal faves is Jim Jarmusch‘s Only Lovers Left Alive — actually half of a hang-out film and half of a “distressed bohemian” interior-design trip.

In 2014 Quentin Tarantino was quoted saying that Howard Hawks‘ Rio Bravo (’59) was his favorite hang-out movie.

Five years later his own Once Upon A Time in Hollywood mirrored Rio Bravo‘s aesthetic. 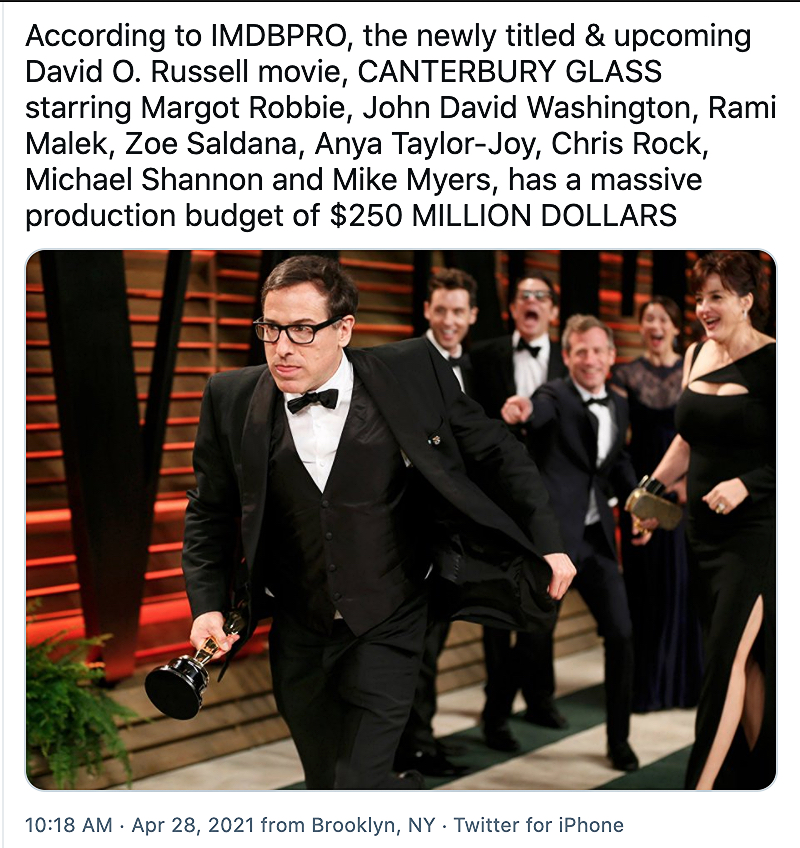 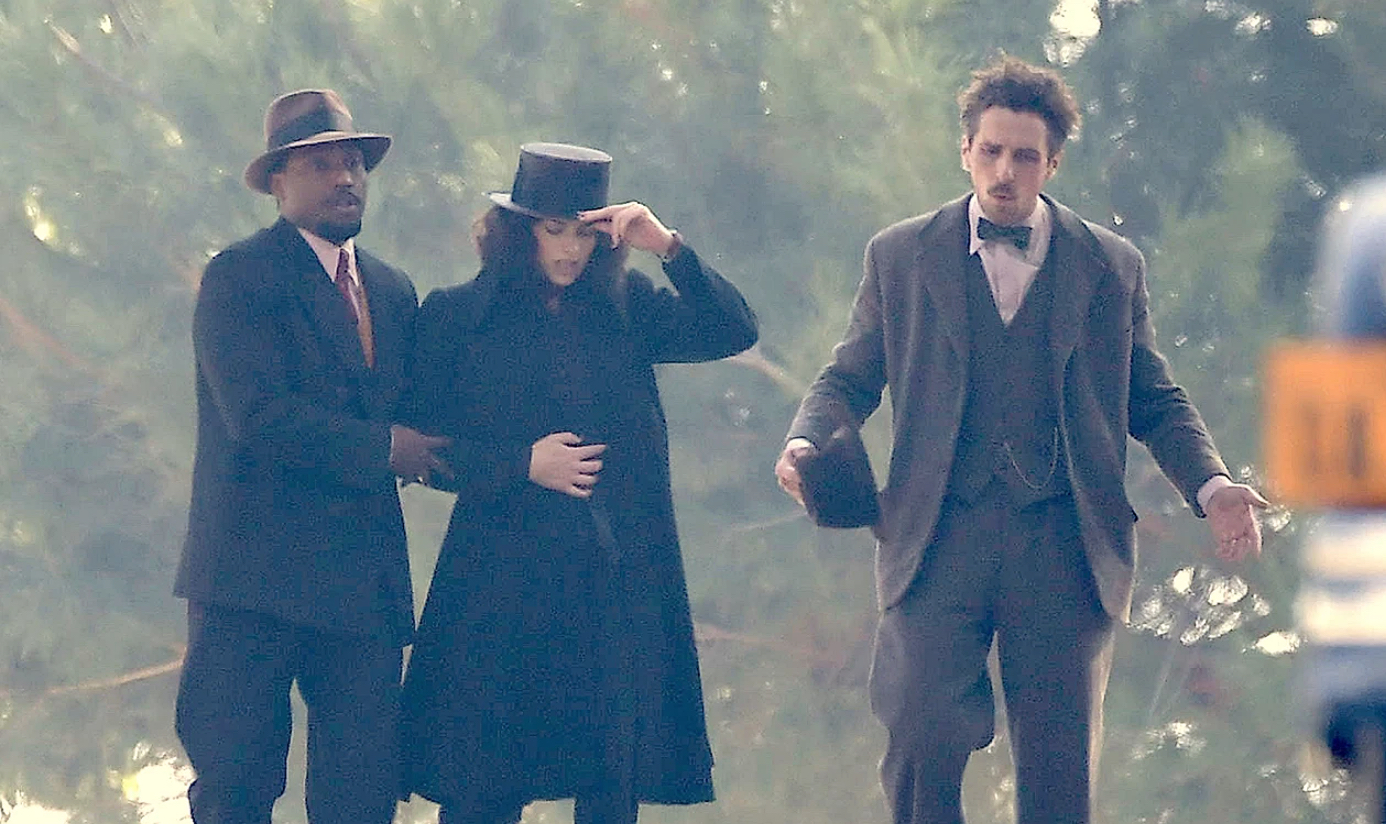 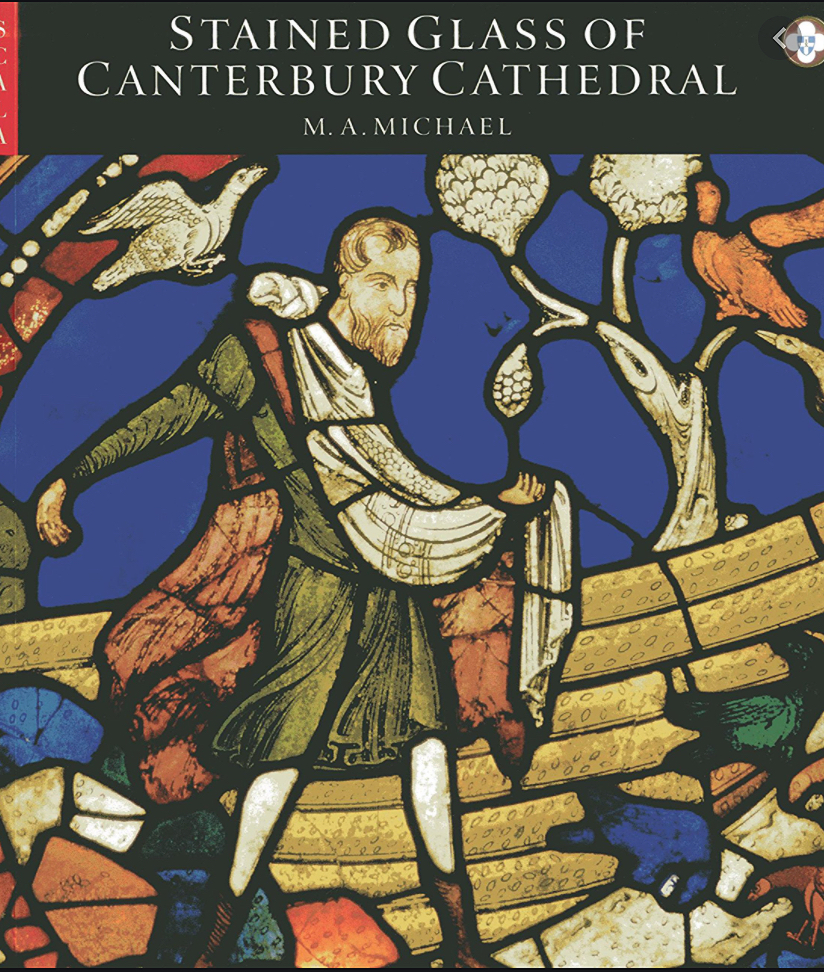 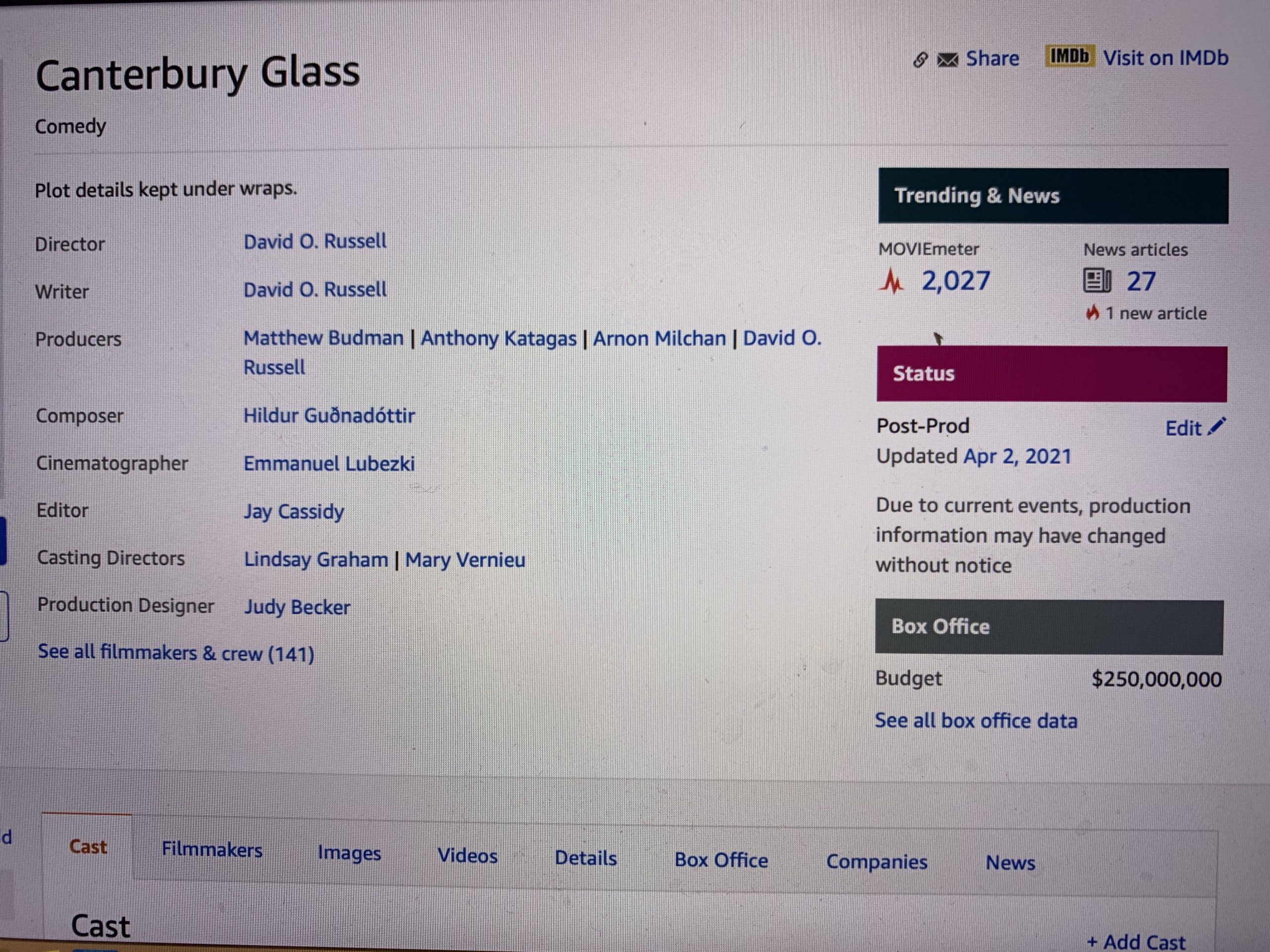