Support on Patreon Follow @wellshwood
181 Comments
Lost The Mojo, Let You Down 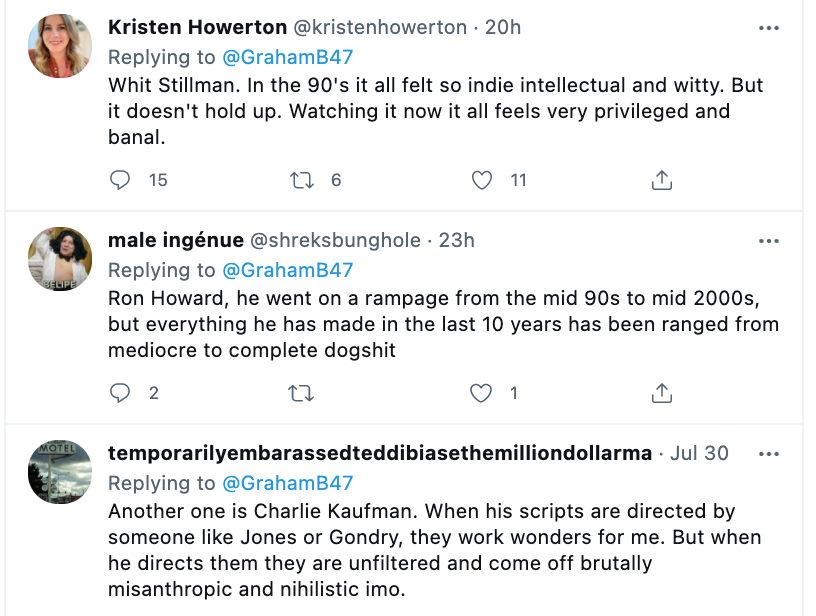 HE: I’ve been telling myself that I have to see David Lowery‘s The Green Knight this weekend, but something in me is rebelling against the idea of seeing it in a theatre. The memory of Pete’s Dragon won’t leave me alone. Did you see it?

Stormy Monday: I was bored to tears.

HE: Thank God!!! I knew that 54% Rotten Tomatoes audience score had to be grounded in something or other. When 54% of the ticket buyers give it a thumbs-down, you know something’s wrong.

Stormy: I didn’t expect it to be near-plotless. It’s just a reason for Lowery to indulge in these dreamy visuals but the substance is pretty thin.

HE: So what’s everyone going nuts about?

Stormy: About basically how weird, seductive and visually sumptuous the whole thing is. Plus it’s pretty woke.

HE: What’s the woke aspect exactly?

Stormy: Correct me if I’m wrong but I don’t think there ever was an Indian knight before in a major studio picture

HE: Of course not, but that’s standard Hollywood “presentism” a la David Copperfield. Presentism is accepted as a given these days. Because even in a historical framework, filmmakers have to make it clear that all tribes are equally good to go in a historical context, and that racism is, was and always will be intolerable.

Stormy: Yah, revisionist history. But I couldn’t care less about that if the movie was actually absorbing, involving, etc. 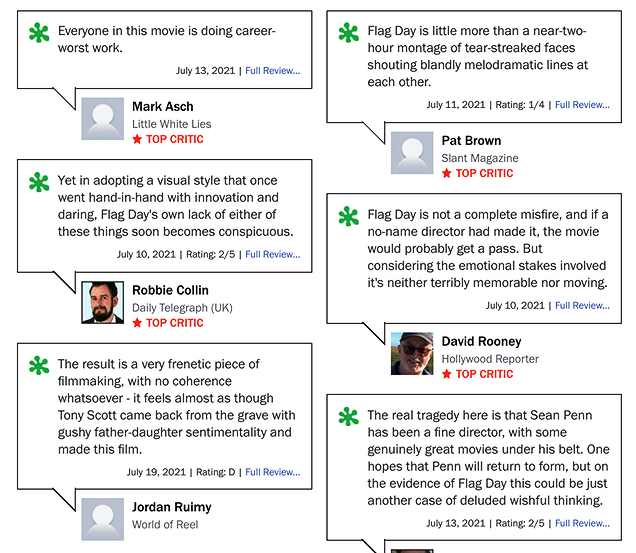 Last week Jeff Bezos and three others rocketed to the edge of space aboard Blue Origin’s New Shepard space capsule, which was named for Alan B. Shepard (11.18.23 — 7.21.98).

An honored naval pilot and NASA astronaut, Shepard is famous for four things: (1) Being the first American to soar into space, albeit for only 15 minutes, — it happened aboard a Mercury spacecraft on 5.5.61, and inside a small capsule called the Freedom 7; (2) Having acquired the reputation of a cocktail-lounge hound during the Mercury training period in and around Cocoa Beach, at least according to Tom Wolfe‘s “The Right Stuff“; (3) Being forced to take a leak inside his suit prior to the 5.15.61 flight, because of a five-hour flight delay and not being able to hold it any longer; and (4) Becoming the fifth man to walk on the moon (it happened in ’71, during the Apollo 14 mission), and hitting two golf balls on the lunar surface.

Sidenote #1: Shepard sliced or shanked both shots — excusable because he was forced to whack the balls one-handed due to his bulky Apollo space suit. Despite the enormous gravitational advantages, Shepard’s golf balls travelled only about 40 yards. Sidenote #2: Soon after the flight Norman Mailer complained on the Dick Cavett Show that Shepard’s golf stunt reflected an attitude of American arrogance.

The ’61 Shepard flight was nerve-wracking for tens of millions of TV viewers because who knew what might happen? The booster could blow up, something technical could go wrong, etc. It was the very first time an American had ascended on a flaming rocket, and to the edge of space yet — “What a beautiful view,” Shepard said.

When JFK mentioned certain NASA stalwarts who oversaw and engineered the Freedom 7 flight, he added that “most of these names are unfamiliar…if this flight had not been an overwhelming success these names would be very familiar to everyone.” [1:51 mark.)=]

“You Bastard!”
True Topanga Canyon story: It was around ’84, maybe ’85. I was platonically chummy with Kathryn, a whipsmart production executive, a woman with a good heart who suffered no fools. She was sharing a sizable home in Topanga Canyon with a couple of others, and every so often would invite friends over on a Saturday or Sunday. I attended a couple of these schmoozers. Filmmakers, publicists, producers, writers, production veterans...late 20s to late 30s. Login with Patreon to view this post
July 31, 2021 4:28 pmby Jeffrey Wells
21 Comments
Eyeglasses Shouldn’t Overwhelm 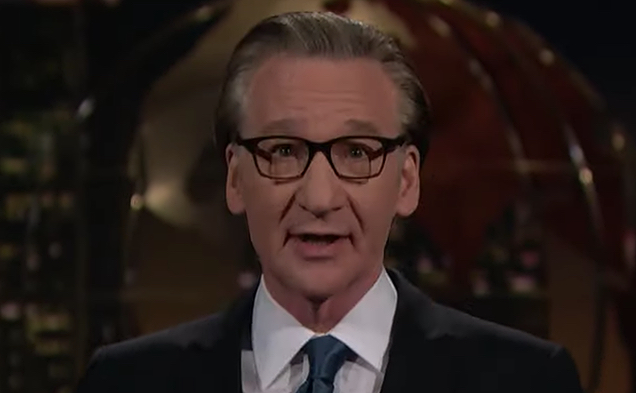 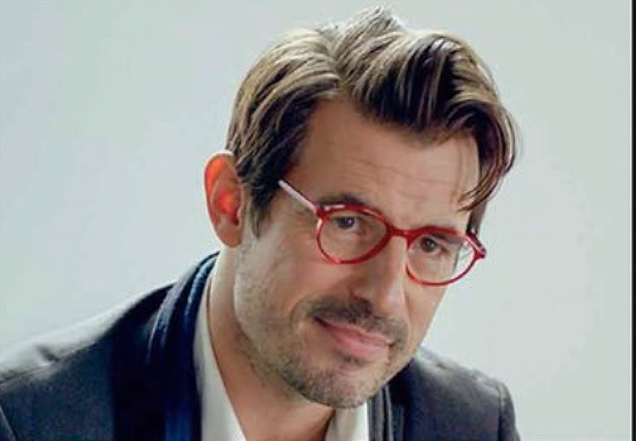 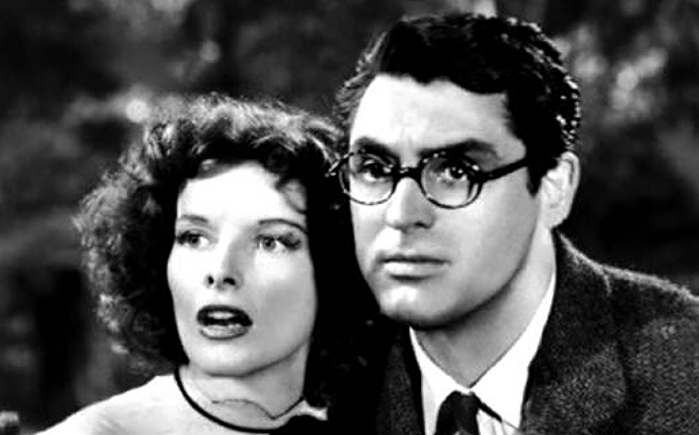 “The Woke Olympics,” 2:05: “[The Tokyo Olympic firings are] what’s called a purge. It’s a mentality that belongs in Stalin’s Russia. How bad does this atmosphere we are living in have to get before the people who say ‘cancel culture is overblown’…how bad does it have to get before they admit this is an insanity that is swallowing up the world? [No applause, just a smattering.] Where did we get this crowd? I’m back, not the audience. [Back to script] And that is not a conservative position, my friends. My politics have not changed — I am reacting to politics that have. This is yet another example how [wokesters] invert the very thing that used to make liberals, liberals. Snitches and bitches? That’s not being liberal.”

For Those Who’ve Seen “Stillwater”
SPOILERS: Even if you've just read a couple of Stillwater reviews, you know that Abigail Breslin's "Allison Baker" character is doing time in a Marseilles jail for the murder of her girlfriend. You also know the movie is about Matt Damon's "Bill Baker", her bumblefuck dad, trying to uncover evidence that might pin the blame on a fair-haired white guy named Akim (Idir Azougli). Login with Patreon to view this post
July 31, 2021 1:27 pmby Jeffrey Wells
135 Comments
Dear Unvaccinated Morons

No offense, but the practical-minded realists in this country who’ve been double vaxxed are sick and tired of your submental vaccine-avoiding bullshit. The combination of the Delta variant and your ridiculous obstinacy now threatens to put this country right back into the pandemic hole that we’ve only recently began to climb out of.

So guess what? We’ve decided to follow the French and President Emmanuel Macron in particular. As of September 1, 2021, unvaccinated Americans will become untouchable and unserviceable. Anyone without a vaccine card will be prohibited from entering cinemas or restaurants, flying on planes, taking trains or using public bathroooms. Just like in France, baby!

You did this to yourselves, fellas. I’m sorry but we were almost out of the woods a couple of months ago and you guys — you! — messed it up for everyone. And dammit, we’re not standing for this crap any longer. So it’s your call — grow up and join the sane, sensible majority or suffer the consequences. You’ve got a little more than a month — get the stab or else.

Don’t like the new rules? Tough. Planning to vote against me in ‘24? Go for it. But public access-wise, transportation-wise, going out for dinner and a movie-wise and even using the bathroom at the mall-wise, your stupid unvaccinated asses will be grass as of 9.1.21. Like it or lump it. 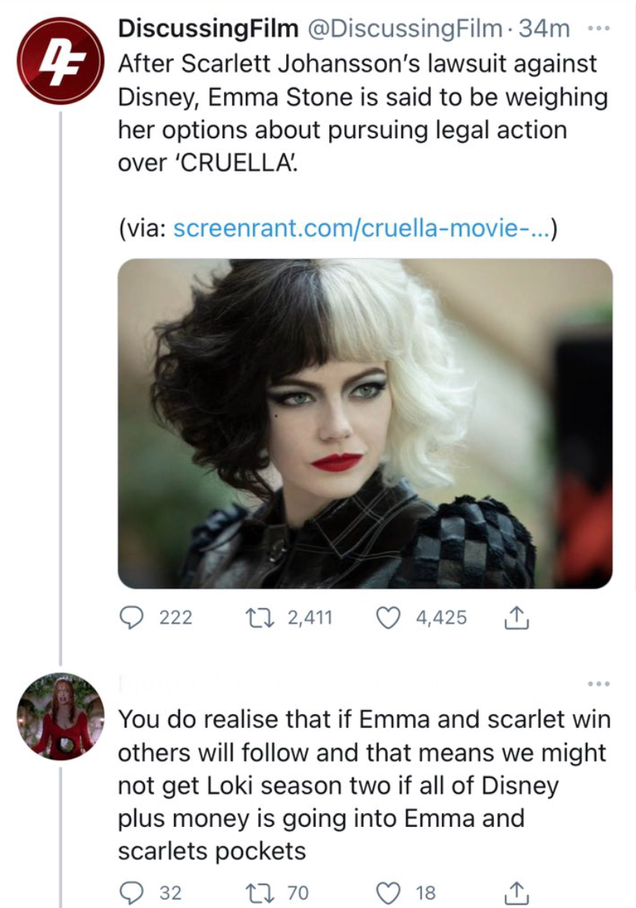 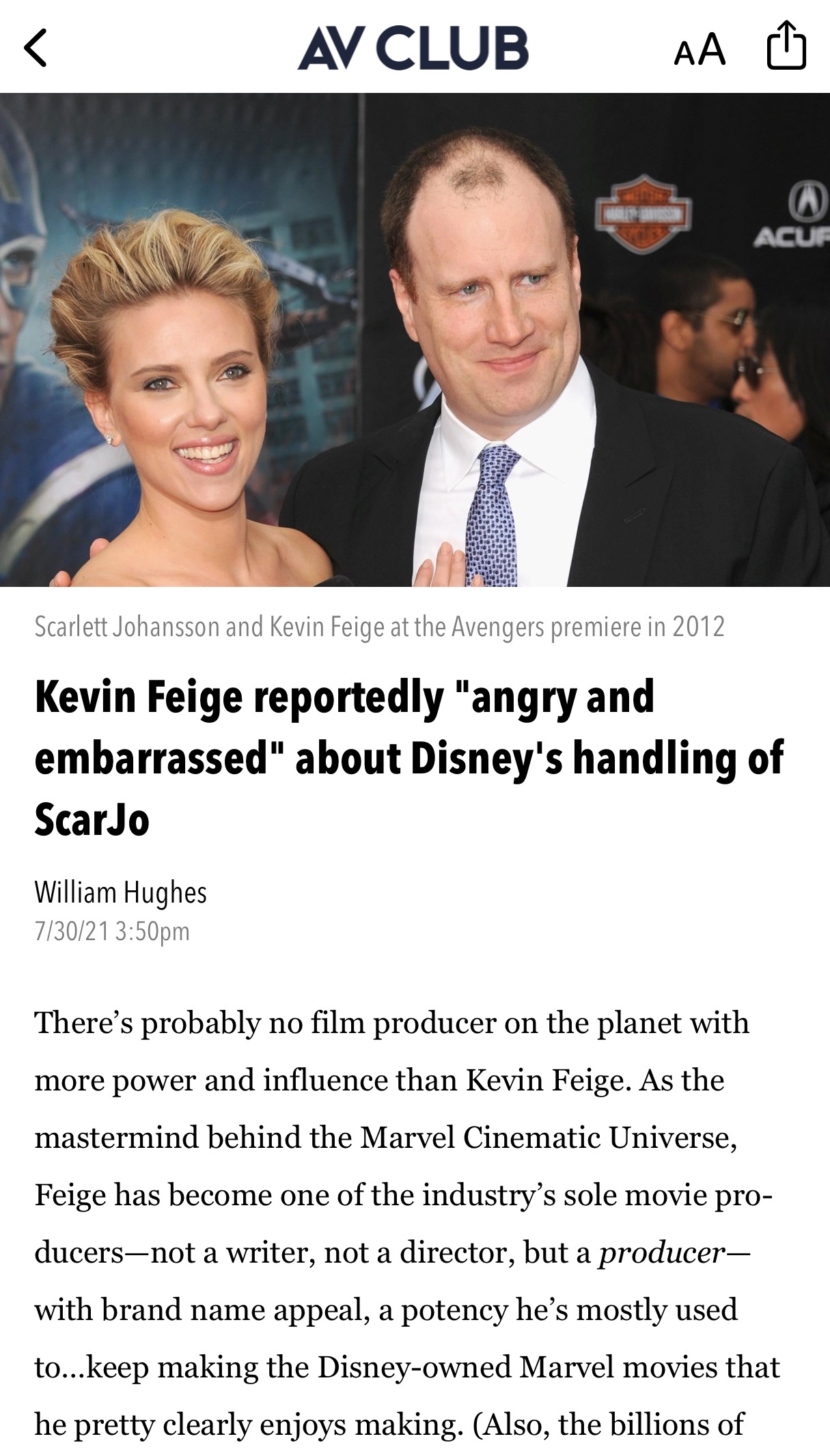 Conflating Racially-Tainted Tragedy with Oscar Futures…Yipes!
Last March the intemperate, hyperventilating woke jackal mob did their best to bring about my death. It was partly about HE having posted an insensitive comment, albeit one that might have been mentioned by any half-attuned industry insider who knows how Oscar-voting sentiments tend to work on deep-down levels. It was mainly a matter of indelicate timing.

I don’t agree with each and every line of what follows. Some of it is too blunt and strident, and the opening line should read “Hollywood critics monolithically adhere to authoritarian leftism.” But certain passages, I regret to say, are somewhere between close to the truth and dead-on. The part that mentions Variety editors having apologized for critic Dennis Harvey‘s review of Promising Young Woman…that’s what got me. I’m not a huge fan of the author, but as I was reading this I had to ask myself “what if this had been written by someone I’m mostly okay with?” 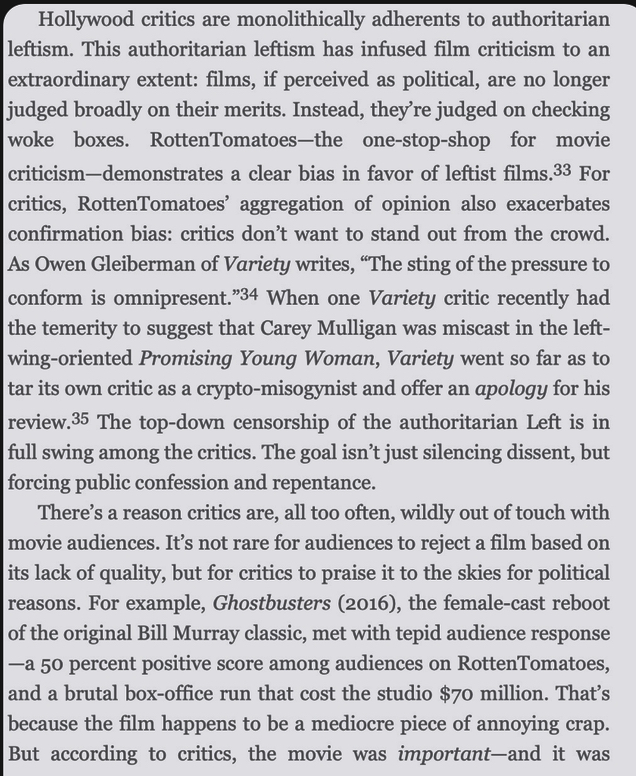 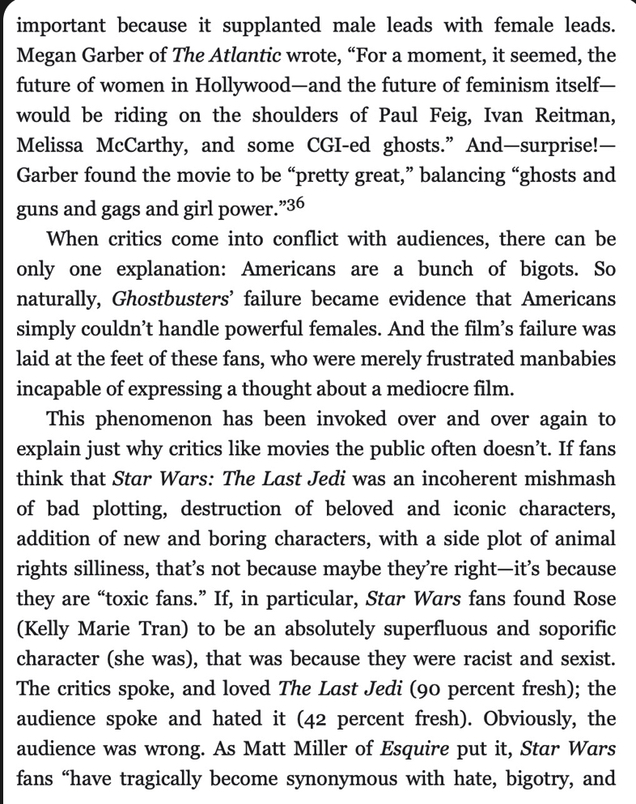