One Tiny Slip-Up
In an otherwise perfectly edited sequence in American Graffiti ('73), director and co-writer George Lucas got one tiny thing wrong. Dragging a cable line with a hook, Richard Dreyfuss attempts to attach the cable to the rear axle of an idling cop car. So far, so good. But all the cop behind the wheel had to do was glance into the side rearview mirror at the wrong time and Dreyfuss would've been toast. He needed to approach from a blind spot. Login with Patreon to view this post
November 19, 2021 5:24 pmby Jeffrey Wells
11 Comments
Not With A Knife At My Back

And not with a loaded gun pointed at my head either. I would really, truly, honestly rather jump into a pit of hungry, soaking alligators than watch this film. Okay, that’s not true — I would choose watching over being torn to shreds by reptiles. And I would rather see it than get shot in the head. That aside…

You can’t leave your morality in the parking lot when you visit the megaplex. It’s a crucial part of who and what we are, of course, and surely a determining factor in how we react to amoral or immoral characters on the screen.

Roughly six weeks ago I wrote that Red Rocket teeters on the line between mostly legitimate film festival-smarthouse cinema and relentlessly depraved and disgusting sociopath-porn.

“It’s ‘good’ in the sense that Baker isn’t afraid to show his lead character diving into gross and reprehensible behavior; ditto most of the supporting players. We’re talking bottom-of-the-barrel Texas trash here.

Nor does Baker feel obliged to deliver some form of moral redemption for Mikey, which I respect.

Yes, Baker occasionally delivers slick chops and whatnot, and yes, Mikey has a sizable horse schlong (even when flaccid), but the scuzz factor in this film is REALLY rank. Yes, I realize that Baker isn’t out to soothe or feel-good me. I respect his integrity but the way Red Rocket makes you feel is not good in any way, shape or form.

The crowd I saw it with in Telluride left the theatre without comment. In short, they seriously hated it. Any human being who’s seen Red Rocket would understand that reaction and tread very lightly in recommending Baker’s film, if at all.

Unless you’re elite hipster critic Bob Strauss, that is, in which case you go “wheeee…one of the year’s best! Unless, of course, you can’t tolerate the lead character but if you’re really hip like me, you’ll get past that!”

HE to Strauss: Is this your new Get Out, Bob? Seriously, do you honestly think that people tell their friends and coworkers to see films about characters they may not be able to morally tolerate? You wrote “if you can tolerate the awful person he plays”….WHAT? Rex’s character is raw sewage. What kind of reprehensible scumbag would be cool with the company of this animal? 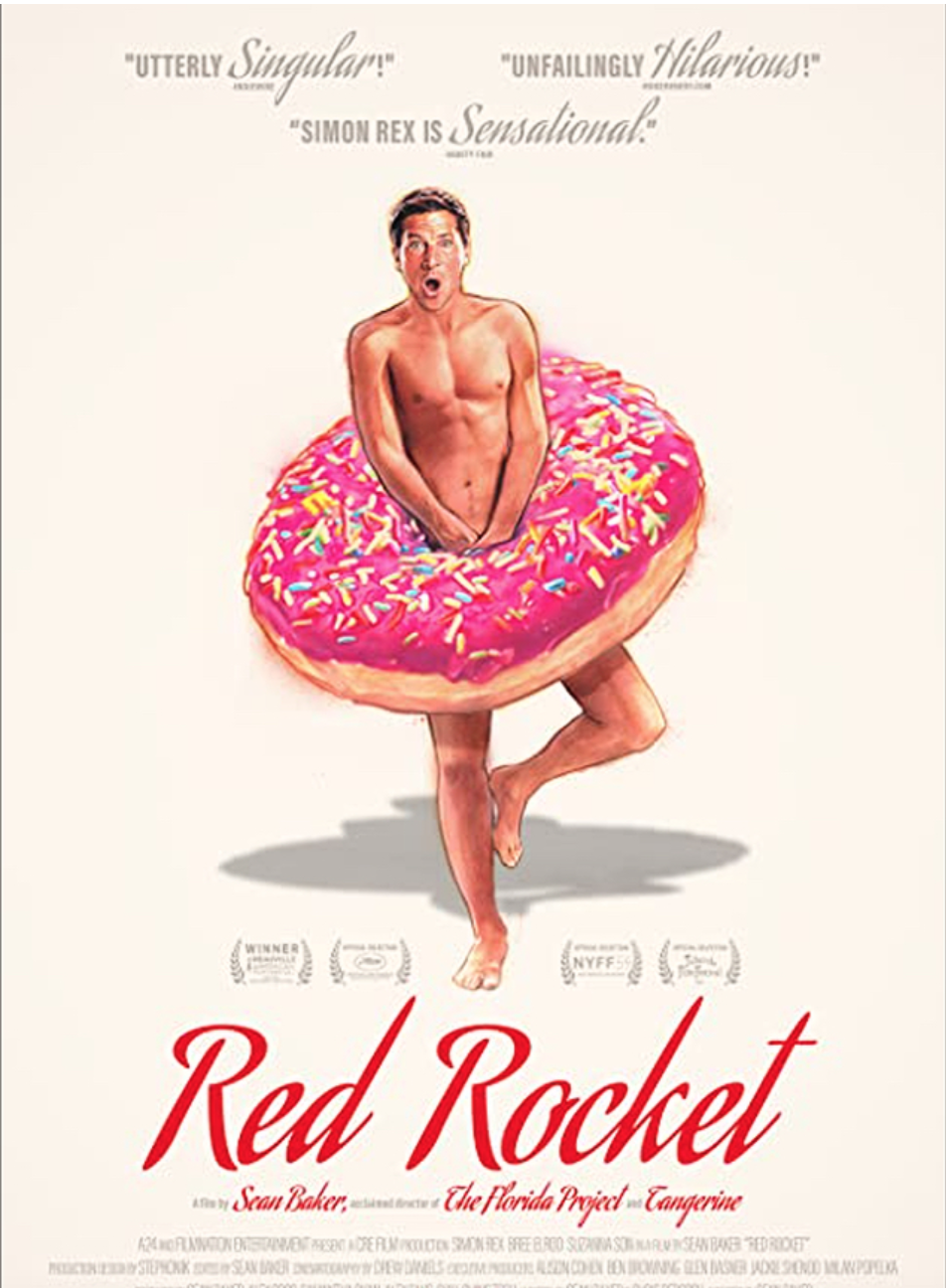 Now that the dust has settled and the Edgar Wright fanboys have finished jerking off to this candified, nonsensical, horribly written film, the truth can be acknowledged by sensible film mavens.

Critic friendo on Martin Scorsese and Jonah Hill’s Jerry Garcia project: “Personally, I’d rather have seen them cast someone like Sam Rockwell. The speaking voice is the key and Jerry Garcia ‘s voice had this uniquely nasal California twang.

“The film starts with Garcia going into a coma in ‘86 and then the film unfolds as a trippy, dreamy coma flashback. Ends with him coming out of the coma and playing his first triumphant show, over which the headlines of his subsequent death roll.

“And you are correct: Live Dead is the ne plus ultra of live Dead releases. At this point, I could probably whistle the entire album, I’ve listened to it so many times.”

Here We Go…
Cue the crazies and street fighters…time for a little righty-vs.-lefty action…smashed windows, shields and helmets, tear gas, all manner of mayhem.

Note to Jett: “When you came out on 6.4.88 we were both amazed and fascinated and instantly mesmerized. In love but at the same time blown away. My heart was melting but that’s me. Two or three days later, after we’d returned home, Maggie said ‘I really love this little boy.’ And as the days and weeks progressed we just kept sinking into those feelings of love and adoration more and more. It’s like a feeling of a pleasure drug flooding your system.”