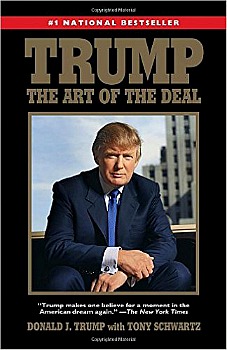 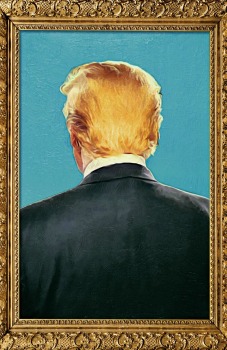 Excerpt #2: “In his journal, Schwartz wrote, ‘Trump stands for many of the things I abhor: his willingness to run over people, the gaudy, tacky, gigantic obsessions, the absolute lack of interest in anything beyond power and money.’ Looking back at the text now, Schwartz says, ‘I created a character far more winning than Trump actually is.’ Schwartz now laughs at this depiction of Trump as a devoted artisan. ‘Of course he’s in it for the money,’ he said. ‘One of the most deep and basic needs he has is to prove that ‘I’m richer than you.’

“‘As for the idea that making deals is a form of poetry, he was incapable of saying something like that,’ Schwartz says. ‘It wouldn’t even be in his vocabulary.’ He saw Trump as driven not by a pure love of dealmaking but by an insatiable hunger for ‘money, praise, and celebrity.’ Often, after spending the day with Trump, and watching him pile one hugely expensive project atop the next, like a circus performer spinning plates, Schwartz would go home and tell his wife, ‘He’s a living black hole!’

Excerpt #3: “Schwartz reminded himself that he was being paid to tell Trump’s story, not his own, but the more he worked on the project the more disturbing he found it. In his journal, he describes the hours he spent with Trump as ‘draining’ and ‘deadening.’ Schwartz told me that Trump’s need for attention is ‘completely compulsive,’ and that his bid for the Presidency is part of a continuum.

Excerpt #4: “‘He’s managed to keep increasing the dose for forty years,’ Schwartz said. After he’d spent decades as a tabloid titan, ‘the only thing left was running for President. If he could run for emperor of the world, he would.'”

How will Team Trump discredit Mayer’s piece and more particularly Schwartz’s quotes? Oh, right, Trump supporters don’t read The New Yorker — it’s probably a safe bet to assume that they don’t read anything except tweets, if that — so who cares?

July 18, 2016by Jeffrey Wells5 Comments
« Previous post
Terrific — Another Emily Blunt Performance That Will Allow Me To Understand 60% to 70% Of Her Dialogue, If That
Next post »
The Smug Brothers