Last night HE attended the lavish hoo-hah opening of the City of Light City of Angels (COLCOA) Film Festival at West Hollywood’s DGA building. Elegant surroundings, cool-cat supporters (including directors Michael Mann and Larry Kasdan), great champagne, etc. I’ll be dropping into several screenings later this week because I find French films enormously soothing and transporting, and because they tend to be more emotionally supple and mature than American films. 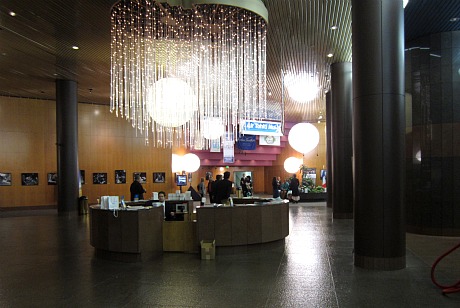 Usually the opening-night attraction at any festival is on the bland and underwhelming side. So I was somewhat surprised to discover that last night’s film, Phillipe Le Guay‘s Service Entrance with Fabrice Luchini and Natalia Verbeke, was an exception to the rule.

Set in the early ’60s Paris, it’s about a highly regulated financial adviser (Luchini) who falls for a young Spanish maid (Verbeke) that he and his wife have recently hired, and who lives on the cruddy top floor with several other Spanish maids working for neighbors. I’m calling it a smooth and concisely written and generally agreeable light dramedy — the kind of French film that isn’t usually exported to the U.S. because of its unassertive, mild-mannered nature but works very nicely according to its own mood and pacing.

Service Entrance opened two moths ago in France and has reportedly done well. It’ll probably never open here, although it should.

I’ll be seeing a few other COLCOA films this week — Bertrand Blier‘s The Clink of Ice, Pierre Salvadori‘s Beautiful Lies, Katell Quillevere‘s Love Like Poison, Fabienne Berthaud‘s Lily Sometimes and Romain Gavras‘s Our Day Will Come, among others.

Every time I see that COLCOA acronym it his me the wrong way. Why decide on a name for a film festival that looks like a hybrid of cocoa and coca-cola? Why not just call it the annual Los Angeles French Film Festival? 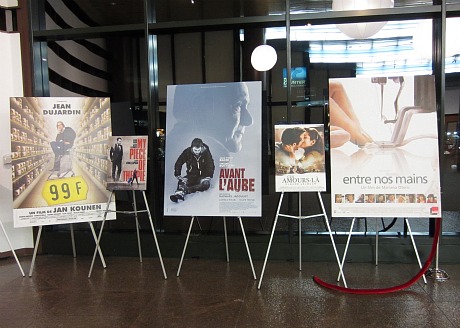 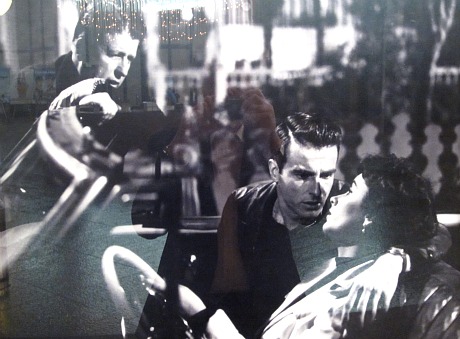 Mounted DGA-lobby still of George Stevens directing Montgomery Clift and Elizabeth Taylor in A Place in the Sun. All three are dead now. 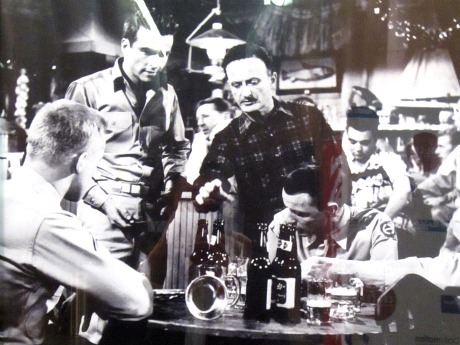 Fred Zinneman directing Montgomery Clift and Frank Sinatra during bar-confrontation scene in From Here To Eternity.