I began expressing a similar kind of gloom when I realized that hardcore action buffs weren’t taking to Steven Soderbergh’s Haywire, which I adored.

Excerpt from 11.7.11 review: There’s something almost stunning about the straight-up realism in Haywire‘s fight scenes. Or nostalgic, I should say. For as I mentioned last night, and as Soderbergh himself noted during last night’s post-screening q & a, the fight-scene realism is a kind of tribute to the train-compartment battle between Sean Connery and Robert Shaw in From Russia With Love (’63).

“Soderbergh’s shooting and editing of the Haywire fight scenes is exquisite. Haywire is faster and more furious than Drive, but Soderbergh is clearly coming from the same ‘tone it down, think it through and make it real’ school of action cinema. At no time do Haywire‘s action scenes give you that awful feeling of being artificially adrenalized and jacked-up for the sake of coherence-defying Michael Bay-o sensation.” 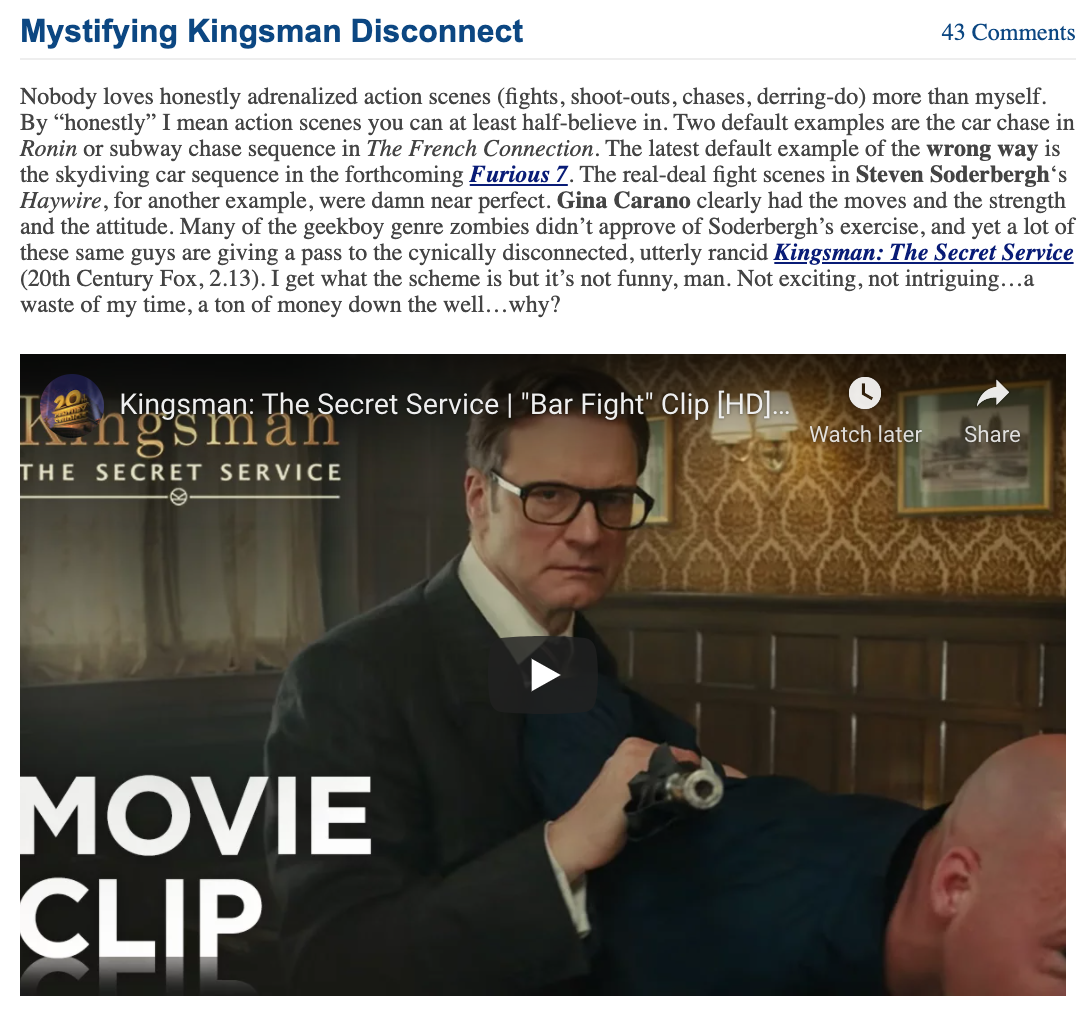