Today (3.28) the Guardian published a Solo assessment piece by Ben Child — “Is the Han Solo Star Wars Spin-off Spiralling Towards Disaster?” The headline suggests a hit piece, but it’s actually more of a “maybe it didn’t work out or maybe it did” thing.

A few hours ago director-producer Robert Meyer Burnett attempted to burnish Solo‘s rep with the following tweet: “Folks, a very trusted friend who saw Solo in a very unfinished state at a ‘friends and family’ screening said it was really good, had everything you wanted to see (even how the Falcon interior got so dirty) and even Alden Ehrenreich does a fine job.”

HE response #1: Never trust the opinion of anyone who’s attended a friends-and-family screening because they wouldn’t have been invited in the first place if they weren’t in the tank.

HE response #2: Burnett’s “very trusted friend” saw “a very unfinished” version? Saw it when? Relatively recently or sometime last year or what? If it’s the latter something’s wrong because Solo opens in eight weeks (i.e., 5.25) so the friends-and-family crowd — if they saw it, say, sometime in February or early March — should been shown a nearly finished version, given the nearness of the release date. 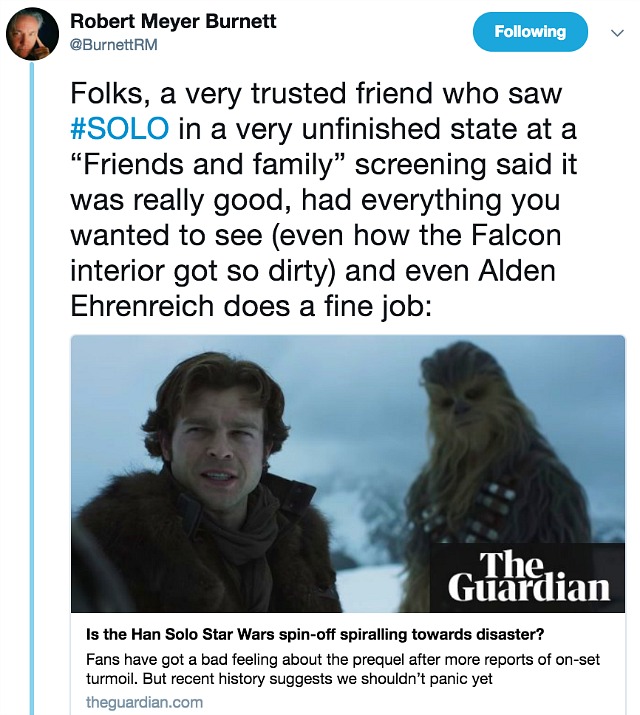 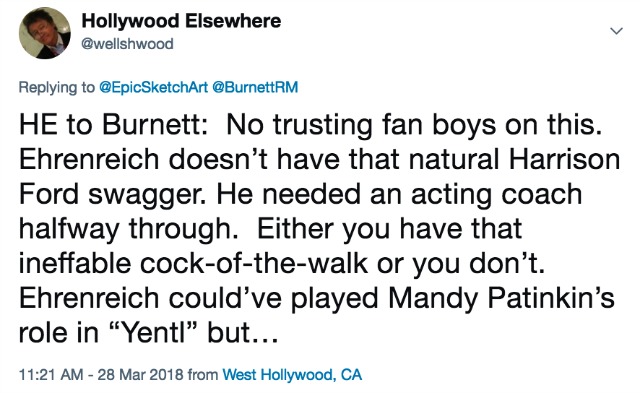 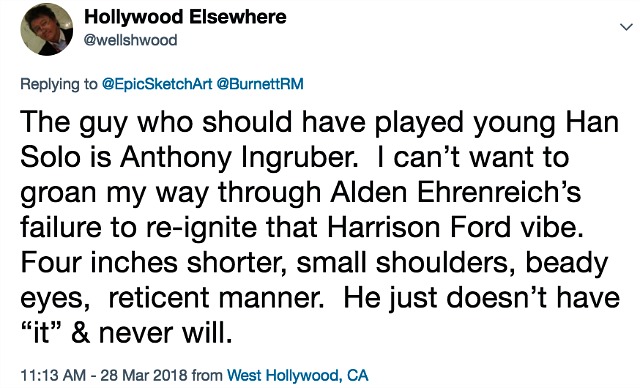