Devil in the Details

The most interesting aspect of Michael Cieply‘s 3.27 N.Y. Times story about the impending divorce between Paramount and DreamWorks is the photo of Laura Ramsey and Jena Malone in The Ruins (DreamWorks, 4.4), an apparently standard kids-in-peril horror film from director Carter Smith and screenwriter /novelist Scott B. Smith. The subdued lighting and amber tones are intriguing, which is more than you can say for Ceiply’s story about clashing egos. 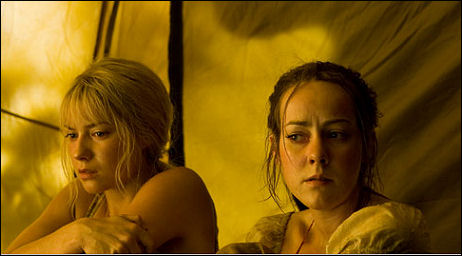