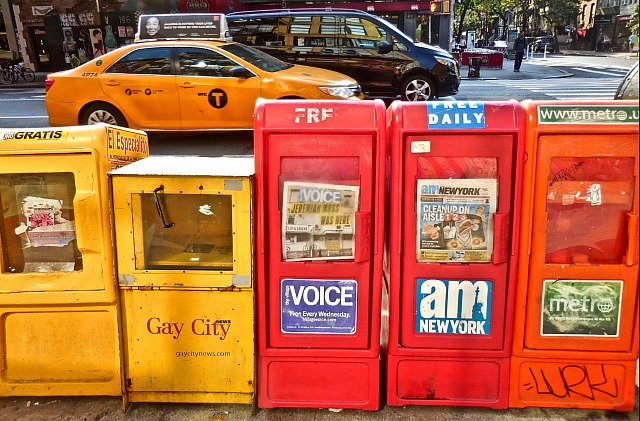 Longtime Voice columnist Michael Musto to vanishingnewyork’s Jeremiah Moss: “The Voice has long valued their online presence, so I think it will stay valid. There’s something lost in that the actual paper was historic and there’s something about holding a paper in your hand that was always personal and special. But things are changing, and the focus on the internet venue — while not necessarily as lucrative as the paper used to be — still allows for possibility, surprise, and hopefully relevance.”