Those Steve Bannon quotes, excerpted from Michael Wolff‘s “Fire and Fury: Inside the Trump White House” and reported in today’s Guardian, are fairly wonderful.

Serving #1: “The three senior guys in the [Trump] campaign thought it was a good idea to meet with a foreign government inside Trump Tower in the conference room on the 25th floor — with no lawyers. They didn’t have any lawyers. Even if you thought that this was not treasonous, or unpatriotic, or bad shit, and I happen to think it’s all of that, you should have called the FBI immediately.” 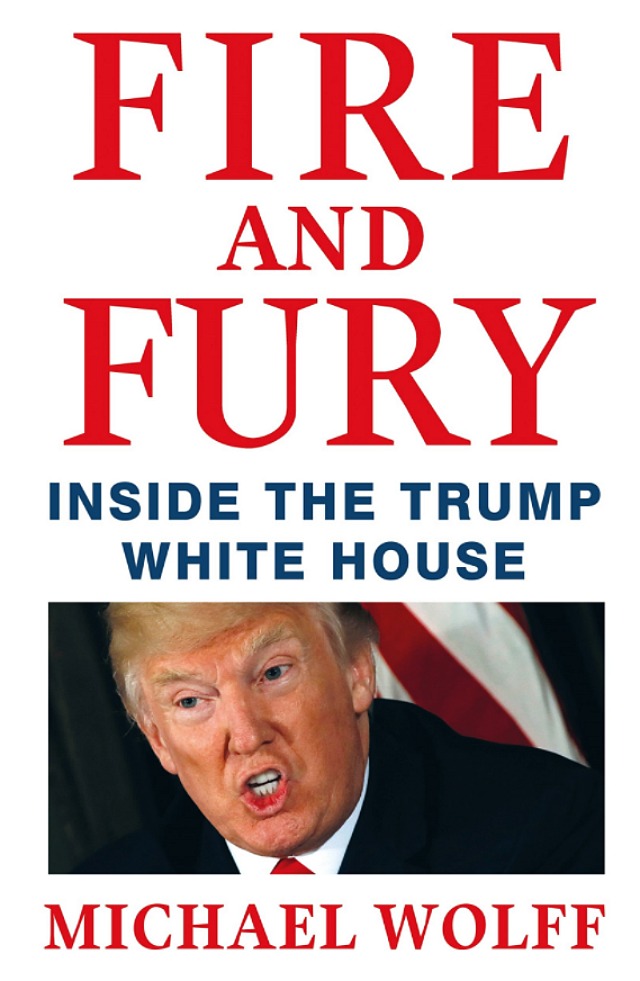 Serving #2: “The chance that Don Jr. did not walk these jumos up to his father’s office on the twenty-sixth floor is zero. They’re going to crack Don Junior like an egg on national TV.”

Serving #3: “You realize where this is going. This is all about money laundering. Mueller chose [senior prosecutor Andrew] Weissmann first, and he is a money-laundering guy. Their path to fucking Trump goes right through Paul Manafort, Don Jr. and Jared Kushner…it’s as plain as a hair on your face. It goes through Deutsche Bank and all the Kushner shit. The Kushner shit is greasy. They’re going to go right through that. They’re going to roll those two guys up and say play me or trade me.”

Serving #4 (and my favorite): “[Team Trump is] sitting on a beach trying to stop a Category Five.”

A Machievellian Lucifer and demonic alt-right architect who totally had Donald Trump’s ear and back, a once-lordly, black-hooded figure who graced the cover of Time magazine turns around five months after leaving the White House and calls the Russki meeting “treasonous“?

Naturally Trump is going to hit back heavily with mortars and tank fire. His former Rasputin has accused his 2016 campaign team of a capital crime, of conspiring in defiance of the rule of U.S. law. What’s Trump going to do, brush that off?

“Steve Bannon has nothing to do with me or my Presidency,” Trump said in a White House statement. “When he was fired, he not only lost his job, he lost his mind. Steve was a staffer who worked for me after I had already won the nomination by defeating 17 candidates, often described as the most talented field ever assembled in the Republican party.

“Now that he is on his own, Steve is learning that winning isn’t as easy as I make it look. Steve had very little to do with our historic victory, which was delivered by the forgotten men and women of this country. Yet Steve had everything to do with the loss of a Senate seat in Alabama held for more than 30 years by Republicans. Steve doesn’t represent my base — he’s only in it for himself.

“Steve pretends to be at war with the media, which he calls the opposition party, yet he spent his time at the White House leaking false information to the media to make himself seem far more important than he was. It is the only thing he does well. Steve was rarely in a one-on-one meeting with me and only pretends to have had influence to fool a few people with no access and no clue, [for] whom he helped write phony books.”

New York magazine has excerpted a portion of a chapter from Wolff’s book, and it’s a ripper. The magazine has titled it “Donald Trump Didn’t Want To Be President.” 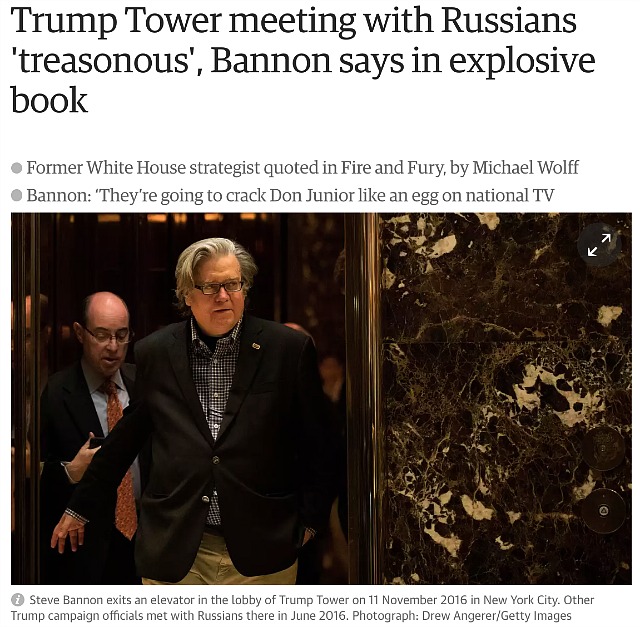