So you’re a 17 year-old blonde from Scotland, visiting New York City with your parents. You’re smokin’ and you know it. You’ve had guys grinning and leering at you all your life. It’s been a drag in some respects but this is your cross to bear. But you know that however successful you may be in whatever profession you choose, you’re assured of a comfortable, probably flush and perhaps even a Kardashian lifestyle if you play your cards right. So you run into the 35 year-old James Franco, a.k.a. “Alien.” He’s obviously attracted (like every other guy you’ve met since you were seven years old) and he starts suggesting a meeting and whatnot. You’ve seen Spring Breakers. You know what he wants. 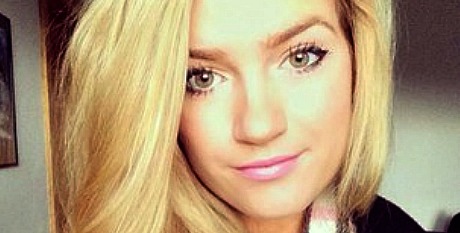 So what do you do? Burn him! Tell your dingleberry-brain friends! Spread the news! Embarass the shit out of him! Make the bastard fuck pay!

It would be one thing if Lucy Clode had been 15 or 16 but 17 going on 25? C’mon! Was it wise to try to seduce an “underage” girl? No, it…wait, Clode isn’t under-age by New York State law. And she’s a year past the age of consent in Scotland. So this wasn’t Anthony Weiner-stupid and not a Roman Polanski-type move. In fact, it was healthy.

At least Franco has now all but smothered notions/presumptions about his being gay — for better or worse he’s no longer regarded as a Kevin Spacey player. He’s now a typical, no-big-deal hetero horndog who saw a nice opportunity and decided to throw caution to the wind and go for it, and who then politely said “okay, forget it, bye” when the girl seemed a little resistant + slow on the pickup.

Lucy Clode has shown bad form. She’s now presented herself to the world as distinctly clueless. If she didn’t want to have it off with Franco in a New York hotel room, fine, but she has absolutely diminished herself by putting him through cheap social-media embarassment. Her karma has now curdled. She needs to learn what class is. She needs to watch a few Grace Kelly movies and think things over. 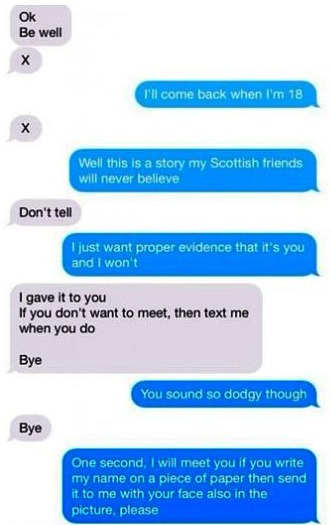