Against my better judgment I’m off to submit to fucking Candyman, and if it turns out to be half as unsubtle as some have told me it is, or if I should be shot by a policeman whils strolling through the Grove or if, God forbid, I’m struck by a bolt of lightning, then I’m going to blame some of the people on this thread. And that I do not forgive.

Friendo re Strauss: “Yeah, that’s pretty spot-on. Frankly, the film’s POV — the black characters have been victimized, and a number of corrupt/evil whites get comeuppance — feels like an iteration of classic liberal Hollywood. It’s not a chip-on-the-shoulder ‘take that, whitey!’ movie.”

HE to friendo: “I’m so terrified of sitting through anything that uses a sledgehasmmer.”

Friendo to HE: “It ain’t Ozu. But it is an interesting, curiously ambitious slasher film that plays with the tropes of the post-George Floyd world in a genuinely engaging (if at times overly programmatic) way. I was held by it. And it’s just 90 minutes! It’s nothing to be scared of.” 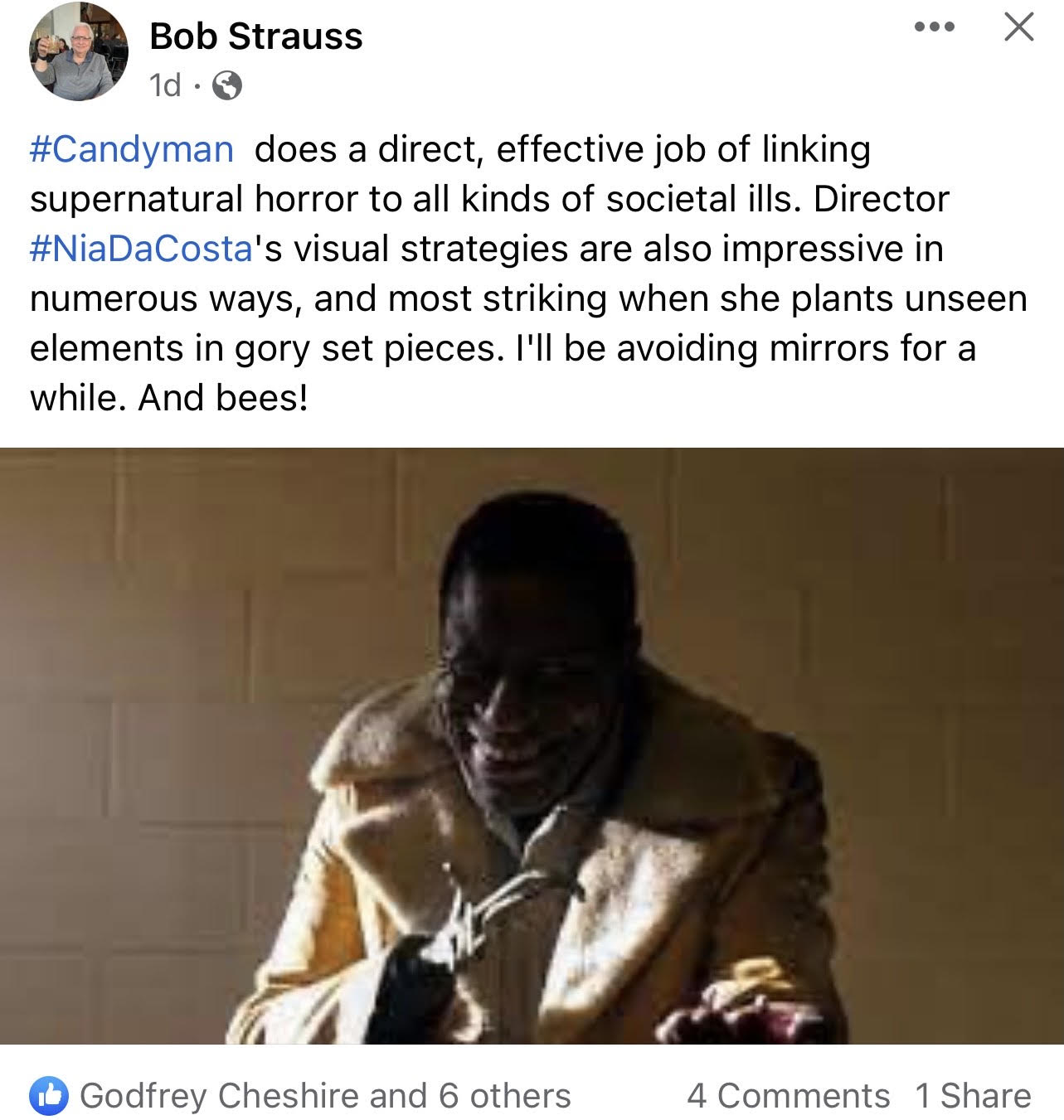