Twice over the last two years I’ve felt it necessary to rid Hollywood Elsewhere of the loons — i.e., the intemperate thinkers and ignorance-spreading extremists. Honest debate is obviously vital and necessary, but people who deliberately spread gross untruths are being removed. Call it a reaction to the midterms and being enraged by mainstream media lies about what’s really happening in this country (a situation that was brilliantly explained by Bill Moyers a few days ago), but I’m feeling a primal urge to flush out the more obnoxious righties. 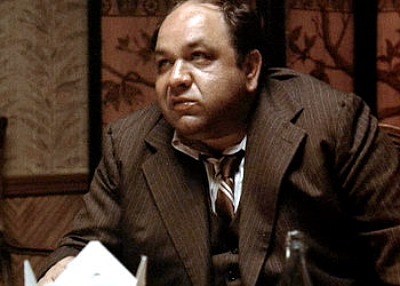 Two conservatives (Travis Crabtree and Thunderballs) got the boot within the last 12 hours. Moyers and the late Howard Zinn are two of my personal heroes, and the afore-mentioned commenters assaulted their reps with cheap, ludicrous rightwing mythology, and that’s why they’re gone.

Crabtree wrote that “you don’t get any pinker” — socialist, Communist-leaning, vaguely subversive — “than Bill Moyers or Howard Zinn.” Moyers’ reputation is beyond reproach. Zinn, who died last January, actually did believe in a form of socialist philosophy, but one based upon an understanding that the rich and powerful will always attempt to suppress and manipulate the less rich and less powerful, and that a good government will always strive to redress this imbalance. And I won’t allow rightwing hammers to push the totally discredited idea that free-market selfishness is the only acceptable U.S. theology.

Differing opinion is the lifeblood of any comment forum, but accusing this or that learned person of being “pink” is odious and belligerent, and I simply won’t tolerate that kind of poison. The 1950s philosophies of John Wayne are dead, or will certainly be smothered ’round these parts.

Thunderballs said that Zinn “is no different than Glenn Beck” and “the fact that Zinn is actually taught in schools is horrifying.” To equate Beck’s hysterical, ignorance-pandering ravings to Zinn, a left-wing professor and social historian who wrote one of the most influential and widely respected counter-history books in the history of this country is just sickening. It’s way beyond the pale.

For whatever reason HE house-cleanings tend to happen in the early fall. The first “Stalinist Purge” happened on 8.30.08, and the second one (directed more at snarky slapdash writing than the the Fox News brigade) happened on 9.6.09.

I am actively looking for others to remove. Those who object to guys like Travis Crabtree and Thunderballs being banned from this site are urged to consider leaving of their own volition — please. The knives are out and, as I put it two years ago, “the house is being tented and the bugs will be killed.

“Interesting, thoughtful, well-phrased opinions of any kind are eternally welcome here. But the uglies, mark my words, are getting the boot.

“I believe in beauty, redemption, catharsis and the daily cleansing of the soul. I live for the highs of the mind — for the next nervy retort, impertinent crack, witty turn of phrase, turnaround idea or wicked joke. And I know — we all know — that blunt-gruff reactions and persistent ideological ranting works against the flow of such things.

“I will not permit the infinite array of reflections about life, movies and politics that could and should appear on Hollywood Elsewhere to be suppressed or pushed aside by the relentless hammerhead barking of a small cadre of ideological Mussolinis, tough guys, hardballers and friends of Bill O’Reilly.”

“These things gotta happen every five years or so, ten years. Helps to get rid of the bad blood. Been ten years since the last one.” — Clemenza to Michael Corleone in Francis Coppola‘s The Godfather (1972).