“No self-respecting cinefile approves of colorizing black-and-white movies,” I wrote on 10.28.17, “but colorizing monochrome stills can be a respectable thing if done well.”

The Humphrey Bogart-Lauren BacallBig Sleep still below is probably the best colorized b&w image from a Hollywood film mine eyes have ever beheld — ditto the Bogart-and-Ingrid BergmanCasablanca shot below it. I’m aware that monochrome films of the ’30s and ’40s were shaded and lighted to deliver maximum impact in terms of a certain silvery compositional aura, but these really look good.

Okay, not so much the Bogart-and-Martha Vickers shot from The Big Sleep, but even that isn’t too bad.

Ditto: “Remember how colorized images used to look in the bad old days? I don’t know if it’s a matter of someone having come up with a better color-tinting software or someone’s willingness to take the time to apply colors in just the right way, but every so often a fake-color photo can look really good. Incidentally: I approve of carefully tinted black-and-white newsreel footage.” 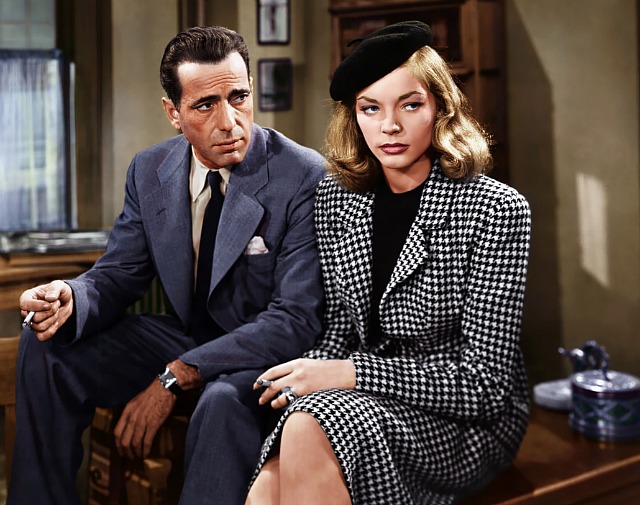 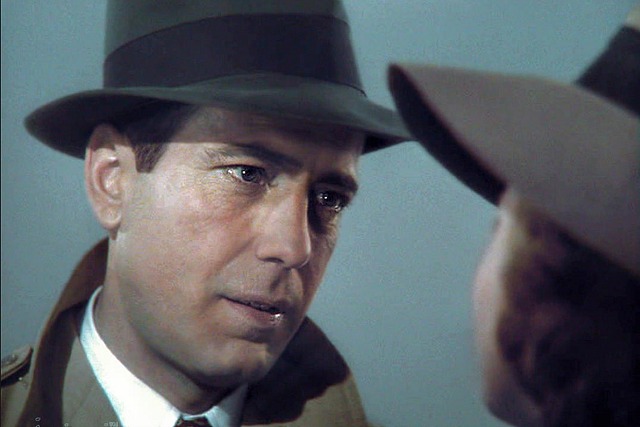 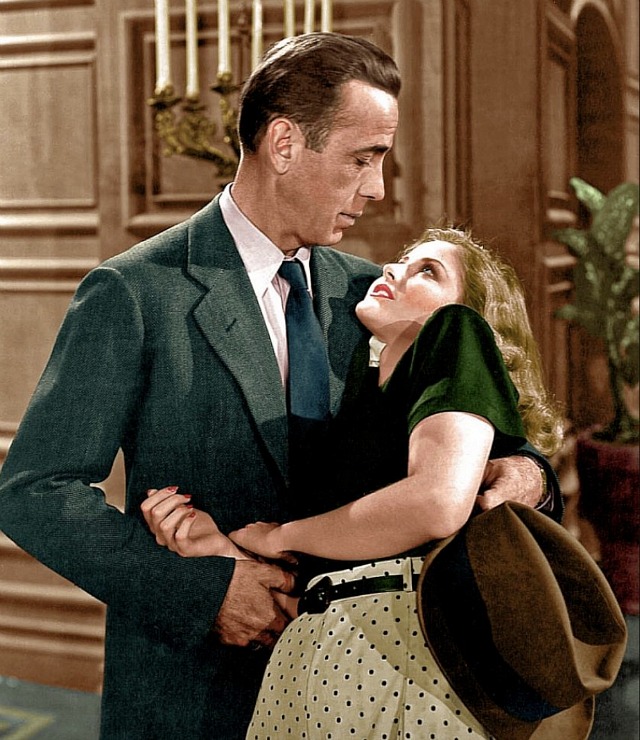 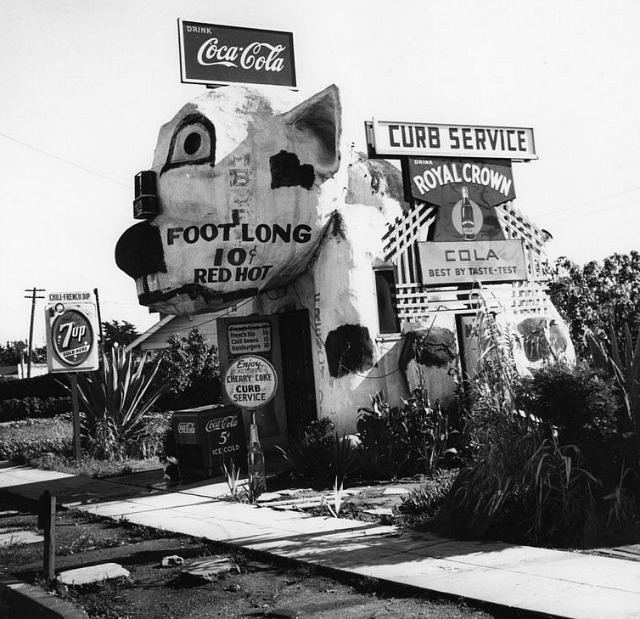 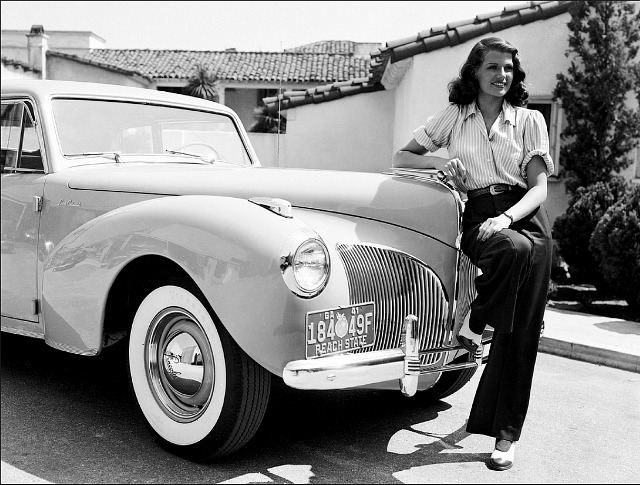 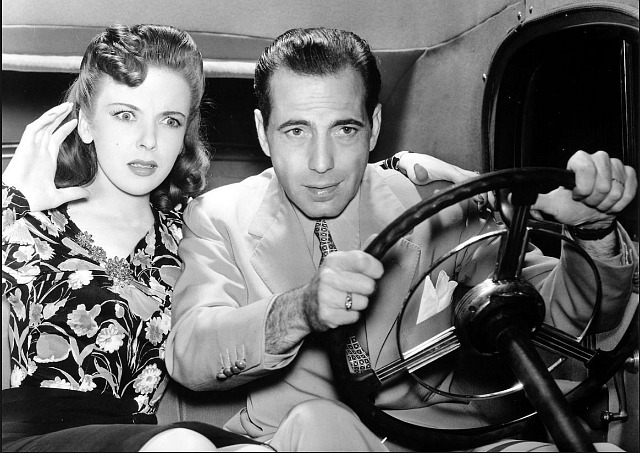 Boart and Ida Lupino still from They Drive By Night. 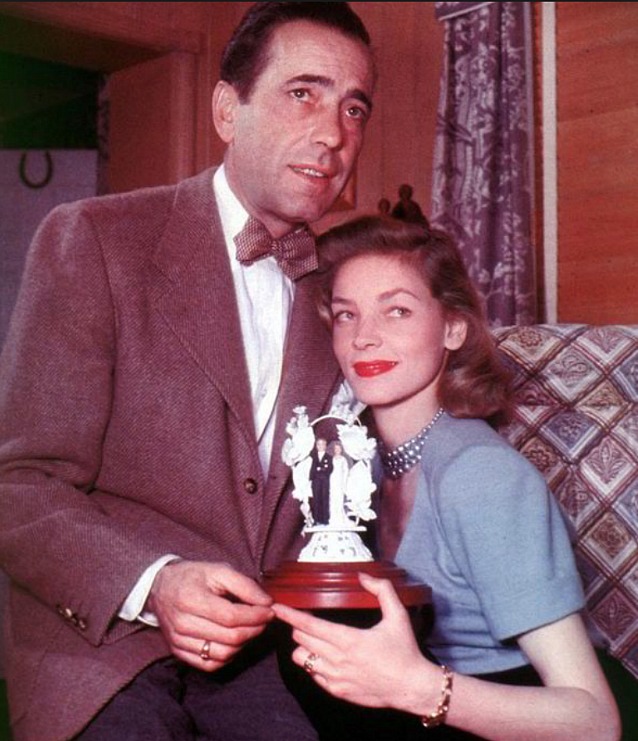