Chris Petit‘s Radio On (’79) may be the most lethargic and downish “cruising the motorway while listening to cool music” film ever made. Nothing “happens,” it goes nowhere, and the energy levels are almost nonexistent. And yet it captures something, although I know not what. It gets into your head and somehow sticks to your ribs.

Martin Schaefer‘s black-and-white cinematography captures what it felt like to be all listless and bummed out in England 42 or 43 years ago. Bummed verging on catatonic, I mean. It captures what it felt like be a sullen, morose, borderline nihilistic, soft-spoken hipster with a cutting edge flat-top haircut (fuck you!), tooling around and listening to all the late ’70s cool groups — Police, Devo, Kraftwerk, Spandau Ballet, Dire Straits, Cheap Trick, The Rumour, The Clash — on the car radio as you were going nowhere in the rain, thinking nothing and barely awake…just plotzing in the driver’s seat, nodding out, dreaming about possibly scoring some heroin. 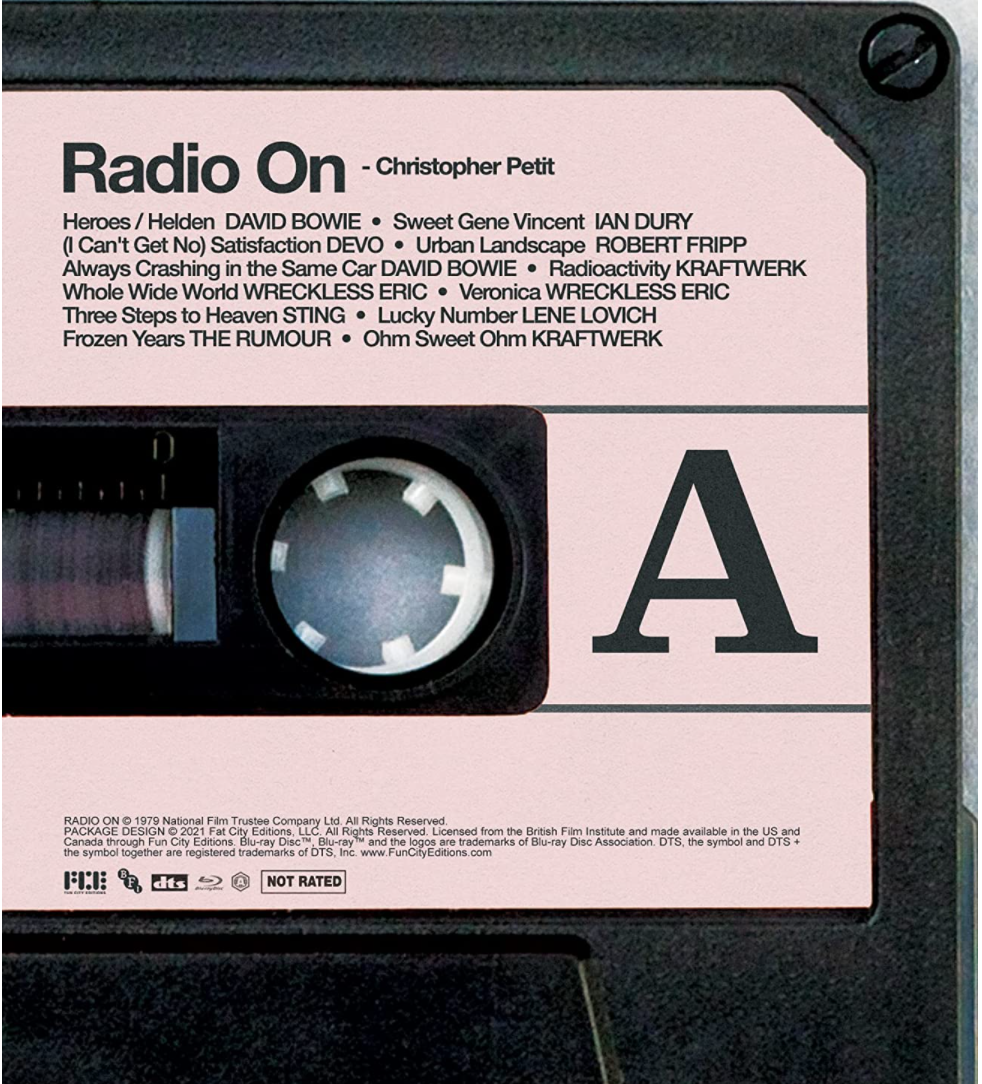 February 1, 2022by Jeffrey WellsNo Comments
« Previous post
Hated This Film Since Boyhood
Next post »
Kidman’s Most Devoted Admirer on “Being The Ricardos”