Eric doesn’t get it

In last Sunday’s Entourage (episode #48 — “The Weho Ho”), Kevin Connolly‘s Eric — the manager of Adrien Grenier‘s Vincent — decided to bail out as producer of Vincent’s next film because he can’t stand the abrasive personality of the film’s director, Billy Walsh (Rhys Coiro), despite his considerable talent. (According to Vincent and at least one other character.)
In so doing, Eric not only acted like a picky-prissy — he also ignored one of the most essential laws of survival and success in this town, which is that you can never afford to pass up a chance to work with seriously talented people, no matter how distorted or deranged they may be as human beings. 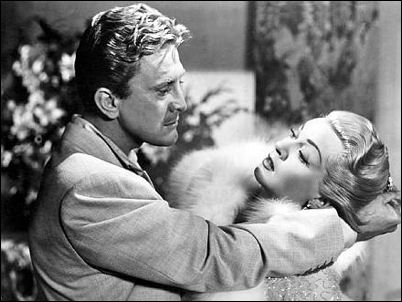 I’m not saying that all assholes are talented or that all talented people are assholes. (Thank God.) But sometimes — some would say often — talent and abrasive or hard-to-take personality traits go hand in hand. At the very least the extremely gifted are often a handful. That’s unfortunate, but also the way it is. Salieri is polite, tactful, politically skilled…and a mediocre artist. Mozart is boorish, vulgar, childish…and a genius.
The finale of Vincente Minnelli‘s The Bad and the Beautiful makes this point very concisely. The film is all about why a famous actress (Lana Turner), an honored director (Barry Sullivan) and a gifted novelist and screenwriter (Dick Powell) despise a certain brutish and egoistic producer (Kirk Douglas). But at the very end they can’t resist picking up a phone so they can listen in on Douglas explaining his latest idea.
But the Kevin Connolly/Eric aesthetic says nope — the talented guy’s a prick, impossible, makes me unhappy, won’t work with him. Eric’s a decent, sensitive guy, but he doesn’t get it. Unless, of course, he’s right about Walsh being “over” with “his best days past him.” In which case he’s doing the right and sensible thing.