Congrats to Promising Young Woman‘s Emerald Fennell for snagging the WGA’s Best Original Screenplay trophy. I don’t happen to agree that the script of PYW deserves this honor as I don’t respect the last-minute Bo Burnham twist.

If Fennell had cowritten PYW with, say, Ben Hecht or Robert Towne or Billy Wilder, they all would have told her the same thing: “You can’t build a character into a nice guy for 100 minutes, and then pull the rug out and change him into a passive-aggressive rape apologist at the drop of a hat. If you want to do that, you have to set it up…you have to plant clues and indications early on.”

Posted on 3.10.21: The notorious ending of Alfred Hitchcock‘s Suspicion (’41) delivered one of the most indigestible main-character switcheroos in film history.

“From the very beginning Cary Grant‘s Johnnie Aysgarth is a selfish, immature, financially irresponsible swindler. Toward the end the audience is led to believe Aysgarth may even be a murderer. But just before the 99-minute film concludes, he abruptly reverses course, confesses his many sins, drapes his left arm around Joan Fontaine‘s shoulder, and all is well.

Emerald Fennell‘s Promising Young Woman will almost certainly land a Best Actress Oscar by way of Carey Mulligan‘s zeitgeisty performance. And yet it must be acknowledged that the character arc of Bo Burnham‘s “Ryan Cooper”, a youngish pediatrician who falls for Mulligan’s Cassie Thomas, is somewhat similar to Grant’s.

The trajectory is “nice guy, sincere guy, considerate guy, emotionally mature guy, gently-in-love guy, introduce-him-to-the-parents guy, even-nicer guy and then…..screech, hit the brakes!…rape-bystander guy who’s friendly with Chris Lowell‘s ‘Al the rapist’ and who lies about Cassie’s whereabouts to the police after she turns up missing.”

The difference is that Burnham’s 180 comes around the 104-minute mark in a 113-minute film while Grant’s turnabout happens during the final 90 seconds. 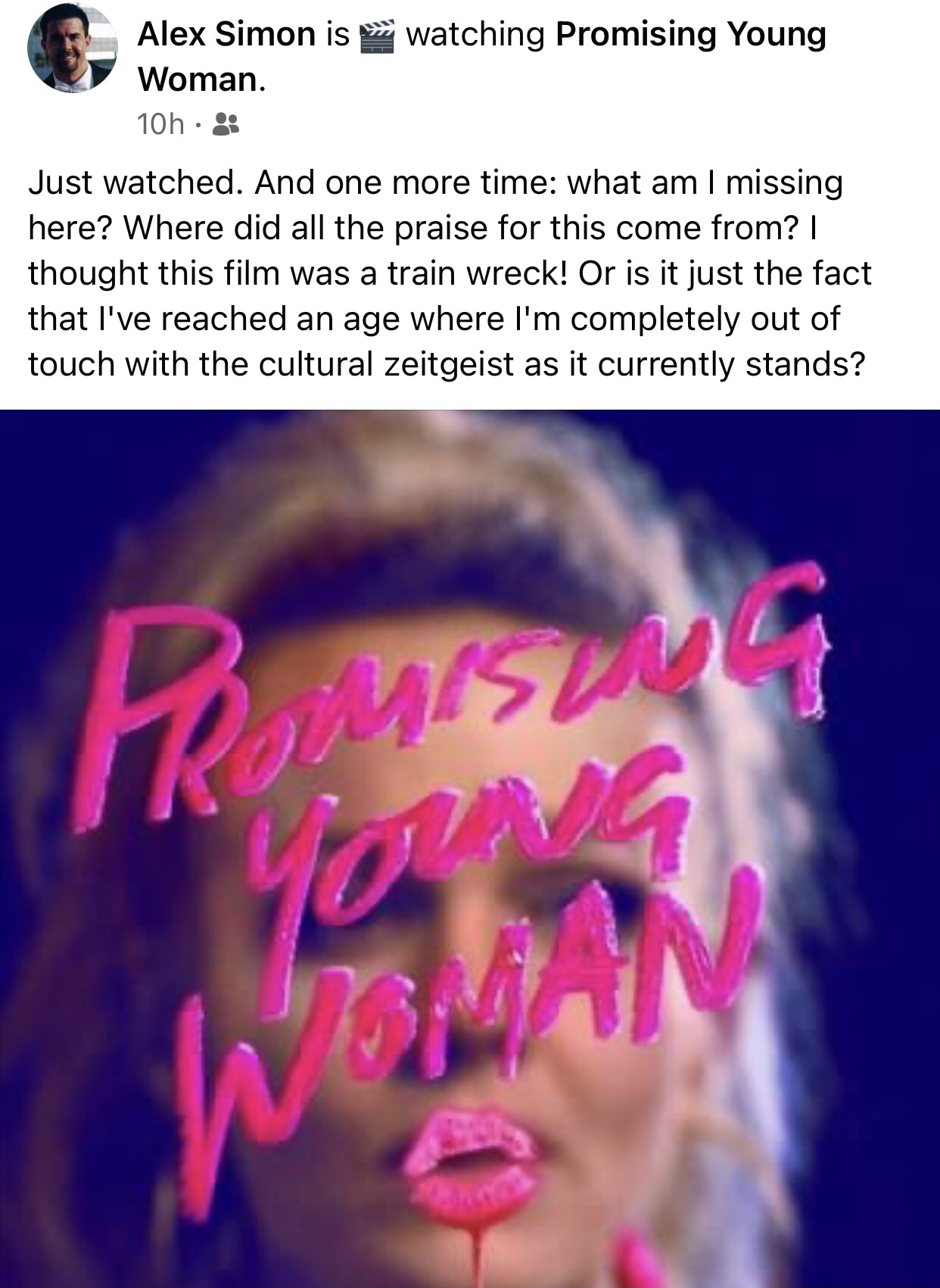