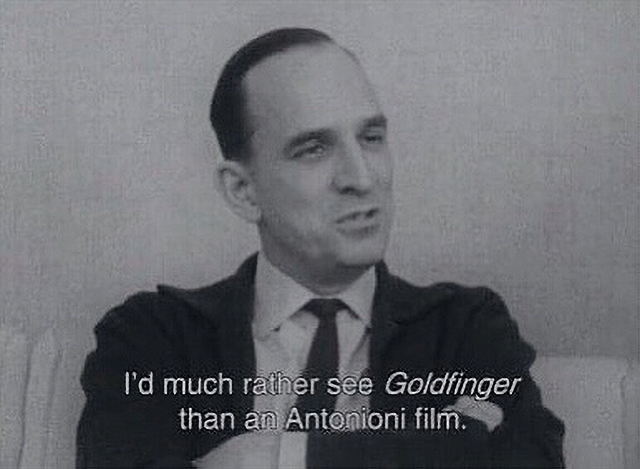 “The Film Snob prides himself on his populist, un-arty taste, favoring, for example, the soapy, over-emotive schlock of India’s Bombay-based ‘Bollywood’ film industry over the artful, nuanced films of the Calcutta-born Satyajit Ray, and the Spaghetti Westerns of the Sergios (Leone and Corbucci) over anything Fellini ever made. It’s a Reverse Snobbery more powerful than the Snobbery it’s rebelling against.

“The archetypal Film Snob is familiar to anyone who has walked through the doors of an independent video store and encountered a surly clerk—hostile of mien, short on patience, apt to chastise you for not intuiting that Wes Anderson’s Bottle Rocket is grouped in the ‘James L. Brooks‘ section ‘because Brooks was the movie’s executive producer!!!’

“Perhaps this clerk has a shelf-ful of his own recommendations on display — David Cronenberg’s Scanners, the complete filmography of Steve Zahn, the Italian women-in-prison pic Women of Devil’s Island, and, oh, The Human Tornado, the second of the raunchy ‘Dolemite features that starred the blaxploitation comic Rudy Ray Moore in the 1970s.

“As you walk up to the counter with your copy of Ron Howard’s A Beautiful Mind, this clerk heaves an audible, exasperated sigh, dutifully but contemptuously processing the transaction and sending you on your way with your wretched cinematic piffle.”