And over the side with two dummies bouncing and flailing around in the front seat. Then it happens again at the finale.

If you listen to Dave Kehr, Otto Preminger‘s Angel Face (’53) is “an intense Freudian melodrama” and “one of the forgotten masterworks of film noir…a disturbingly cool, rational investigation of the terrors of sexuality…the sets, characters, and actions are extremely stylized, yet Preminger’s moving camera gives them a frightening unity and fluidity, tracing a straight, clean line to a cliff top for one of the most audacious endings in film history.”

The description of this Angel Face incident is infuriating. It should read as follows: “When Preminger repeatedly and excessively told Robert Mitchum to slap Jean Simmons across the face, Mitchum finally turned and slapped Preminger, asking if that was how he wanted it.” 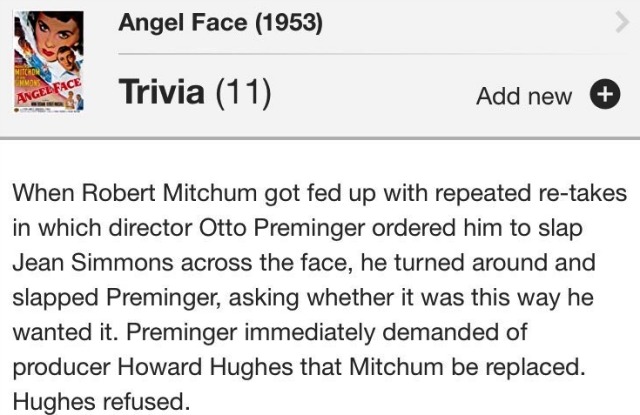 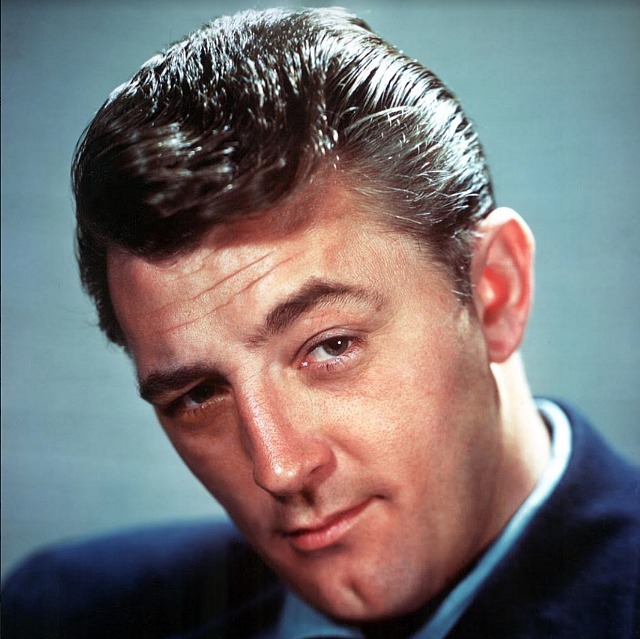