I received a spirited pitch this morning from a Rogers & Cowan junior publicist about interviewing “two amazing Christian women,” Chevonne O’Shaughnessy and Cindy Bond, about their company, Mission Pictures Int’l. The publicist described MPI as “a multi-faceted, value-based film distribution, sales and production company for both the mainstream and faith markets.” The plan, she said, is to deliver “trusted faith and family value-based content to the masses.” 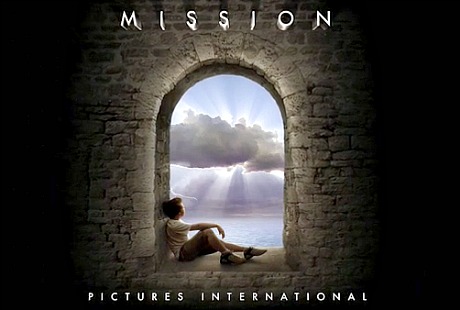 I replied as follows:

“When I hear the words ‘Christian’, ‘values-driven’, ‘faith-based’ and ‘family content’ I interpret that to mean that the movies being made by Mission Pictures International are quite possibly bland and mediocre and perhaps even obliquely ideological. I suspect that while they may be passable or entertaining in this or that respect they will almost certainly not be films of any real quality. I suspect, in short, that they might be more about what they don’t want to be (i.e., not in alignment with Hollywood callousness and cynicism and sensation-focusing) than what they are.

“I also suspect when I hear these terms, the person or mission being spoken of is fundamentally conservative (obviously) and therefore anti-liberal and quite possibly in alignment with the radical, nihilistic, batshit-deranged and corporate-serving Republicans and Tea Party-ers in Congress and elsewhere who use terms like ‘values’ and ‘faith-based’ and ‘Christian’ as a smokescreen to advance their anti-liberal, dumbshit, Republican-bubble, corporate-favoring views and beliefs among Middle Americans.

“So not only am I not interested in writing about Mission Pictures International, but I am inclined, as steel-trap-minded and knee-jerky as this sounds, to despise them without really looking into their films or who they really are. And I say this as a genuine fan of John Lee Hancock‘s The Rookie and The Blind Side and a lot of other nice, values-driven films about decent middle-class people from Middle America involved in decent, admirable and/or wholesome endeavors.

“I believe in fairness and decency and kindnesses and consideration, and I despise the rancid nature of most Hollywood actioners and CG-driven product, but I suspect a wolf in sheep’s clothing here. I will always suspect a wolf in sheep’s clothing when I hear the words ‘values-based.’ The values-based voters out there in Idiotland are the ones who gave us two terms of George Bush and brought in the 2010 conservative Congress that has blindly sided with corporate interests and have constantly impeded any chance of social progress.

“Q: What would you call 20,000 ‘values-based’ voters handcuffed, tied together with chain and thrown off a huge barge in the middle of the Pacific Ocean? A: A good start.

“May I suggest that Chevonne O’Shaughnessy and Cindy Bond beat a path back to whatever conservative bastion they came from and try to get some publicity from journalists in that neck of the woods? If they can produce a good John Lee Hancock-level film, I will watch it and perhaps applaud it. But otherwise I wouldn’t mind a bit if they failed. Not because of who or what they are, but because of who their friends and supporters are. And good riddance.

I told the publicist I would be posting this today, indicating that I was looking for a reply and/or a back-and-forth of some kind. She scurried away and hid like a churchmouse.