Grim Up For Tarantino Manson

The untitled project will presumably shoot in ’18 for a release the following year. Harvey and Bob Weinstein are producing. 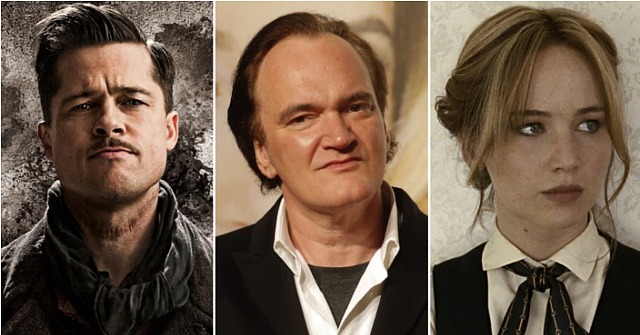 I’m saying “more or less” because other reports have mentioned Samuel L. Jackson as a possible costar. (Kit’s story didn’t only mentioned Pitt and Lawrence.) I’m not aware of any black dudes whom Manson was involved with during the family’s heyday in ’68 and ’69 (Manson was reportedly fascinated with the idea of triggering a violent black revolution a la Helter Skelter), or any black detectives or prosecutors who got into the Tate-La Bianca murder cases as they developed.

And who would Pitt play exactly? My first thought was convicted Manson Family murderer Tex Watson, but Watson was 24 when the murders happened and Pitt will turn 54 next December so how would that work?

I agree that Jeremy Davies would make a perfect Charles Manson. All he has to do is use a sharper, raspier voice.

Is there anyone who doesn’t suspect that Karina Longworth’s “You Must Remember This” podcasts on the Manson saga weren’t at least partially responsible for kindling Tarantino’s interest?

For what it’s worth I agree 100% with Vanity Fair‘s Joanna Robinson that Tarantino should forget about making a feature and go instead for a six- or eight-episode HBO miniseries. Or at the very least that he should expand upon the feature after the initial release with an HBO miniseries version. The Manson murder saga is a long, gnarly, sprawling thing with all kinds of crazy tangents and sub-plots and side views. A decent movie version would have to be Zodiac-sized, at the very least, or at least three hours.

It’s worth recalling that producer Don Murphy, who became known as Tarantino’s nemesis when they got into a notorious fist fight at Ago in October 1997, attempted to launch a film version of Ed Sander‘s The Family 15 or 16 years ago, with Vincent Gallo approached to play Manson.