Guarded Respect for “A Star Is Born”

I have an hour to tap out reactions to Bradley Cooper‘s A Star Is Born before my next screening, and I have two basic things to say.

One, Variety‘s Kris Tapley oversold the situation three days ago when he wrote that the Warner Bros. release has “the muscle to win all five major Academy Awards (picture, director, actor, actress, and screenplay)…it’s that kind of accomplishment.” And two, Cooper’s version of this age-old tragic romance (this being the fourth version and the third remake) struck me, no lie, as the most engaging, least problematic, best acted and most skillfully assembled of them all.

That sounds like a contradiction, right? The most satisfying and well-tuned Star Is Born I’ve ever seen that’s nonetheless been over-hyped by a certain columnist?

What I mean is that Cooper’s film is the kind of ace-level production that will seem hugely impressive to Academy members who are pre-disposed to tumble for this kind of thing sight unseen, who love the idea of a swoony pop massage-weeper, and who aren’t cultured or hip enough to realize that as technically assured and emotionally affecting as A Star Is Born is, it’s still a rehash of an old romantic tale, and you just can’t call it crackling or new or reach-for-the-heavens in a 2018 sense. Well, you can try but it won’t sell. 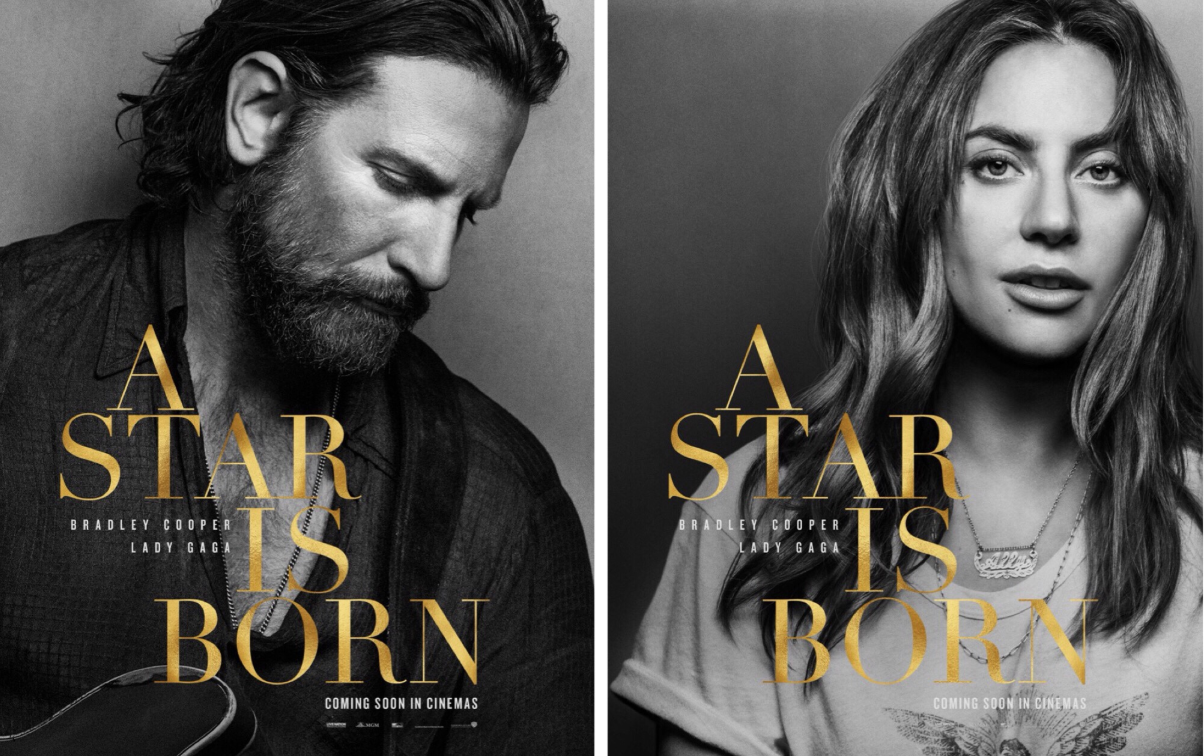 Put another way, A Star Is Born can’t hope to sink into our souls or our anxious, Twitter-jitter, Trump-besieged ADD culture in a way that’s truly head-turning in a right-now way. At the end of the day it’s still a classic cheese casserole, still A Star Is Born, still the same basic sappy saga (alcoholic star launches fresh talent, sinks into worsening addiction, gets in her way, decides to off himself) that was shot and released in ’37, 54′ and ’76, blah blah.

It’ll be Best Picture-nominated for sure, but only the easy lays and none-too-hips are going to say “whoa, Tapley was sooo right!…this is not only the best film I’ve seen all year but it might win five Oscars!”

How good is Lady Gaga as Ally, the new Esther Blodgett? Pretty damn good, I’d say — she gives the kind of carefully measured, open-hearted performance that you can’t help but succumb to. For the first time since she became a major brand, I feel I know who Lady Gaga is deep down.

How good is Cooper as Jackson Maine, the 2018 version of Fredric March and James Mason‘s Norman Maine, not to mention the version played by Kris Kristofferson? Excellent — some have called it his best performance ever, although I have a special place in my heart for Cooper’s unstable, self-deluding protagonist in Silver Linings Playbook.

How good is the screenplay, which was co-written by Cooper, Eric Roth and Will Fetters? It’s very well honed, very believable, often eloquent, nicely understated. A pro-level job top to bottom.

So what am I saying? A Star Is Born is a very well-done musical drama, and will wind up being nominated in a few categories, but it’s not (to use a classic Steve Pond term) “the one.” It’s an expertly assembled film for what it is, but keep in mind that it’s basically big-studio schmalz of a very high, very hip and musically pleasing order.

Kris Tapley wasn’t wrong about a certain kind of Academy member falling for this film, but after everyone sees it they’ll need to step back and take a breath. They’ll need to look in the mirror and ask themselves, “Do I really think that a reconstituted high-end romantic tragedy that works all around the track as far as it goes…do I really think this is the absolute cat’s meow?” Some people will say “yes!” without thinking, but others will think twice.

Said it before, saying it again: everyone needs to calm the eff down.

What grade am I giving A Star Is Born? Somewhere between an A-minus and a B-plus. It’s very good but it’s a remake that throbs with wall-to-wall music, for God’s sake. Control yourselves.

A journalist colleague said last night that “people tend to over-estimate musicals…they don’t often play across the board…they touch people who want to be touched by them, but that’s not everybody.”