The basic idea behind the well-attended, star-studded Hollywood Film Festival Awards, which have been an annual event now for 12 years and which took place last night at the Beverly Hilton, is to put names out there — i.e., to get people thinking about this or that contender as a major contender or even a possible front-runner when the real awards action starts happening later this year — the critics, Golden Globes, Academy noms, etc. 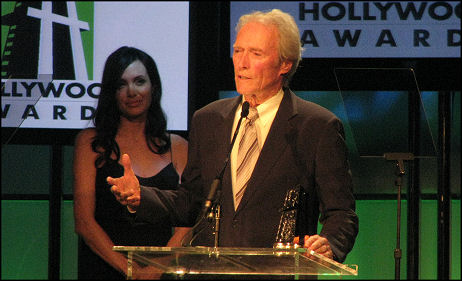 More than a few of the films honored last night haven’t been seen, as their makers pointed out again and again, which obviously underlined the spitball element. HFF founders Carlos de Abreu and Janice Pennington were in effect offering guesses and hunches about which films and filmmakers may be in play, and the filmmakers, by showing up and taking bows, were saying, “We appreciate the hunch, and…whatever, who knows, maybe it’ll lead to something else.”

And so Clint Eastwood was named HFF Director of the Year, which lends a certain heft to the fortunes of the forthcoming Gran Torino (and to the just-opened Changeling). And Dustin Hoffman, whose performance in Overture’s Last Chance Harvey is the most affecting and appealing thing he’s done since he played Bob Evans in Wag The Dog 11 years ago, as well as his first stand-alone lead role since Mad City.

And Kristin Scott Thomas graciously accepted the HFF’s stamp of approval for her devastating performance in I’ve Loved You So Long, and Josh Brolin received a mild boost for his Best Actor prospects off his performance in W. And Ben Stiller, whose remarks about the speculative nature of the HFF Awards were easily the evening’s funniest, was put into a position for a Golden Globe nomination and perhaps a win for his direction of Tropic Thunder. 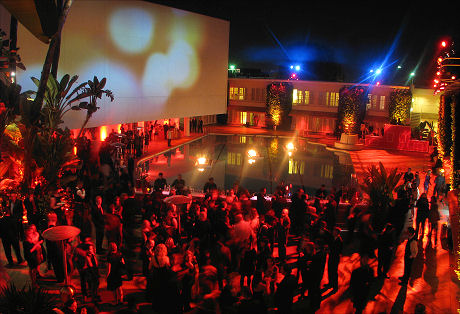 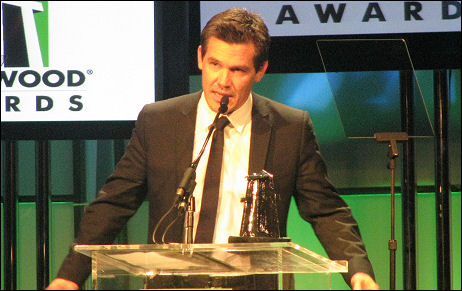 Josh Brolin, honored last night as the HFF Actor of the Year.

The other honorees included James Franco, whose Pineapple Express and Milk roles led to being handed the HFF Hollywood Breakthrough Actor Award; Marisa Tomei, recipient of the HFF Supporting Actress of the Year award for her work in The Wrestler; Dark Knight producers Christopher Nolan, Charles Roven and Emma Thomas for Producers of the Year. 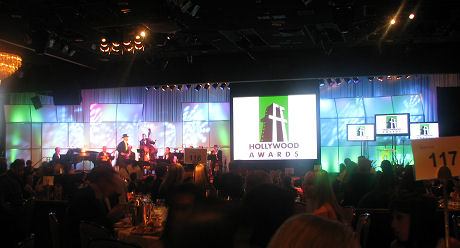 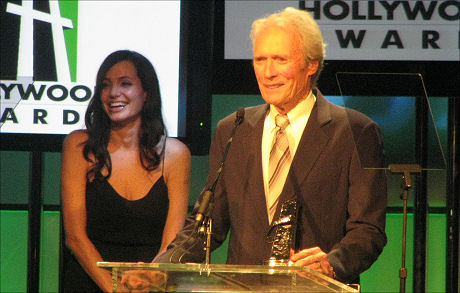 Twilight star Robert Pattinson accepted the New Hollywood Award. He sounded the same tone as Stiller, saying in effect “why am I here accepting an award for a film nobody’s seen?” He did say this, however: “It’s all hype.”

Before the event started I went up to Frost/Nixon director Ron Howard to congratulate him on that pro-Obama political spot that appeared last week, which I love (and I’m not alone).