Oh, what an amazing day we all had at Smashbox, shooting photos of a Los Angeles magazine piece about the new neo-film noir (The Usual Suspects, Leaving Las Vegas, Natural Born Killers, Killing Zoe, etc.) The article was dreamt up and written by editor Andy Olstein; I got a reporting credit but I was also the talent gatherer. The only difficulty was Olstein’s insistence that everyone had to pose with a gun, which Benicio del Toro didn’t want to do. He confided this to me, said he wasn’t gonna do it. I went up to Olstein and argued that it would be monotonous if everyone was aiming the same gun at the camera so why not let Benicio slide? I thought the issue was settled, and then when the was piece was assembled I discovered that Benicio had agreed to pose with a gun after all. Strange. 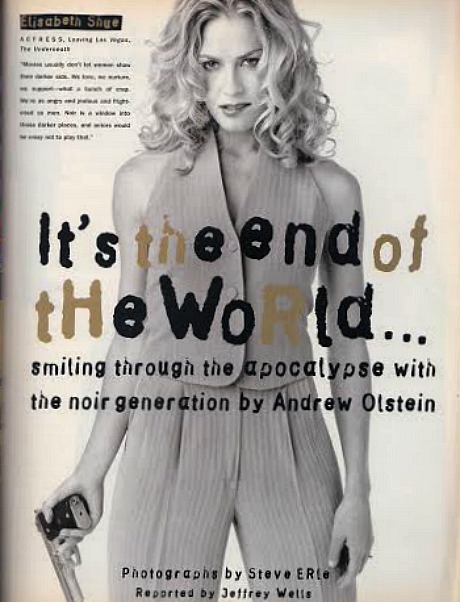 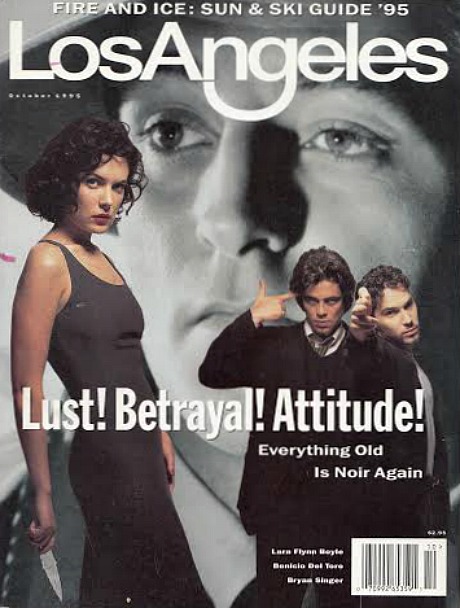 August 13, 2016by Jeffrey Wells20 Comments
« Previous post
Son of Breakup Movies
Next post »
“To The Media, The Smell of Money Is Not Odorous — It’s Pleasant”