Back in ’51 a gifted artist in the employ of 20th Century Fox created an alternate version of The Day The Earth Stood Still. He/she added (a) a giant, dark gray mummy’s hand and (b) Gort carrying a screaming Las Vegas blonde dressed in a pink-champagne gown instead of Patricia Neal in a dark business suit. No one complained when the film opened on 9.18.51 and everyone realized that neither of these elements were in the film. Because artists were allowed to…wait for it…use their imaginations!

A few months later an Italian poster artist followed suit with similar art for Me Secreto Me Condena, which is what Alfred Hitchcock‘s I Confess was called in Roma, Siena, Venice, Genoa, San Remo, Montepulciano, Firenze, Milano and Brindisi. (Google Translation: “I Secretly Condemn Myself.”) Montgomery Clift was no longer a priest, and the same gown-wearing blonde from The Day The Earth Stood Still poster was back, only this time wearing a semi-transparent black outfit and lying before Clift in a posture of shame and degradation. 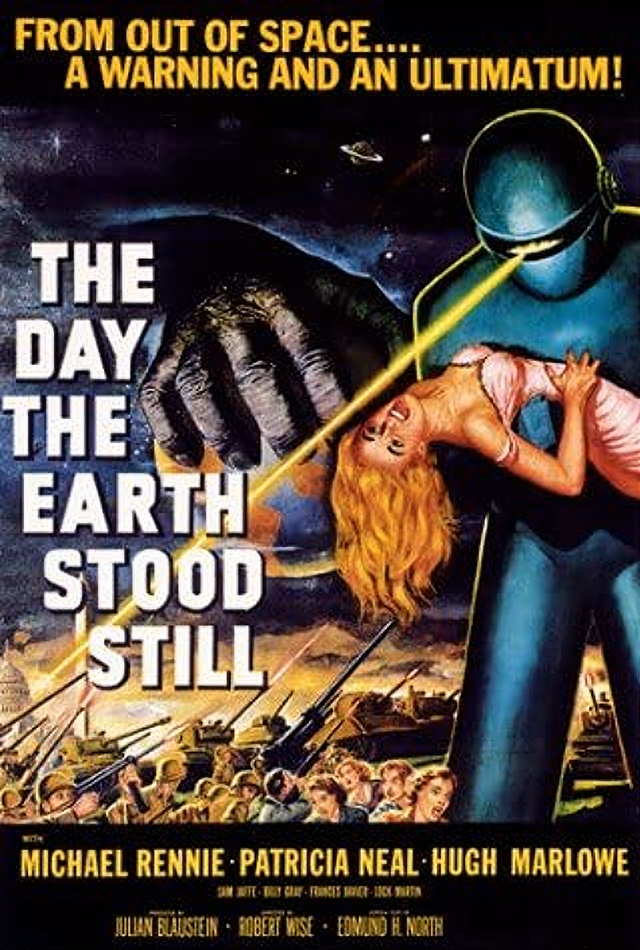 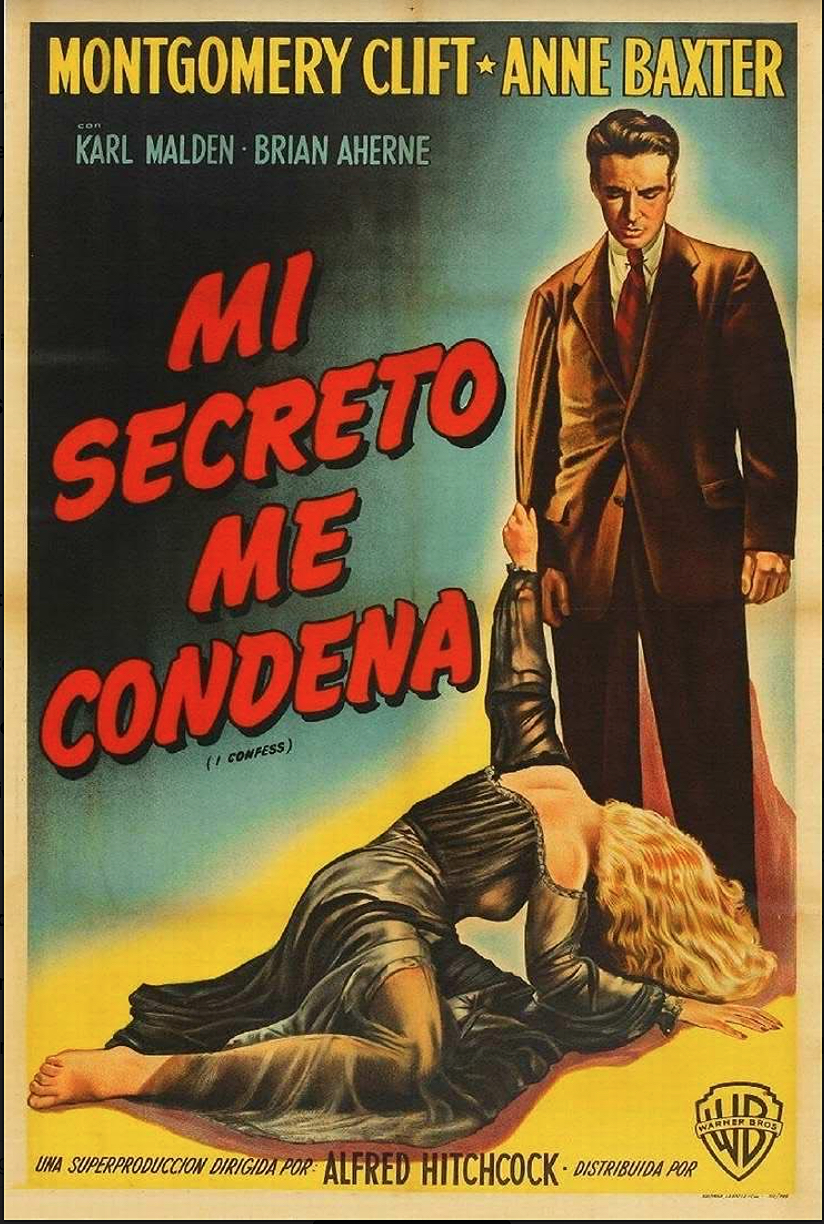