This color test footage for Rowland Lee‘s Son of Frankenstein (released on 1.13.39), was probably shot in the early fall of ’38. This clip has been on YouTube since 2011, but I saw it for the first time today. It’s actually the first color image I’d ever seen of Karloff in Frankenstein monster makeup, period.

Karloff’s tongue improv (35-second mark) is good for a chuckle, but what genuinely surprised me was the mint-green skin. Widely circulated color snaps of Peter Boyle‘s Young Frankenstein monster (’74) also showed green skin, but I always thought that was a one-off. One presumes that the mint-green makeup was chosen by director Mel Brooks and Young Frankenstein dp Gerald Hirschfield because it delivers an extra-deathly pallor in monochrome.

I’d actually come to believe, based on a December 2012 visit to Guillermo del Toro’s “Bleak House,” that Karloff’s monster had mostly grayish skin with perhaps (at most) a faint hint of green. (The below photo, taken on 12.22.12, shows life-sized wax models of Pierce working on Karloff for James Whale‘s 1931 original.) Nobody is a more exacting historian or connoisseur of classic monsters than GDT, so I naturally presumed that the skin tone on Karloff’s wax model was accurate. I stand corrected. 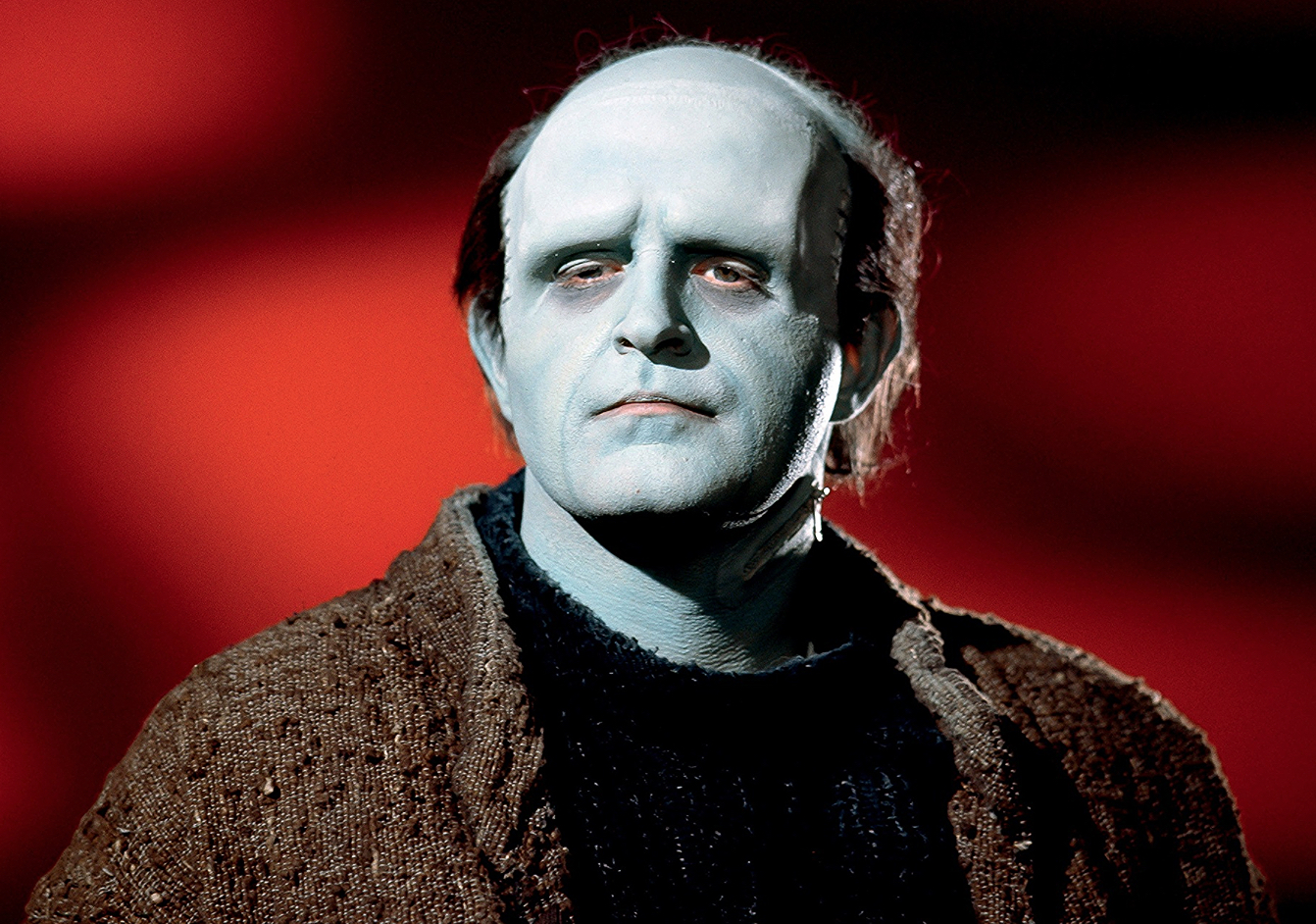 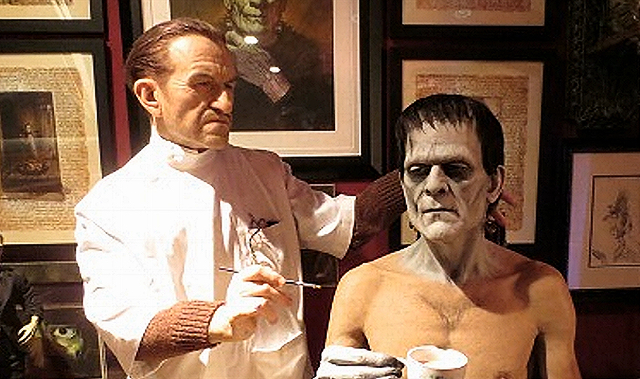 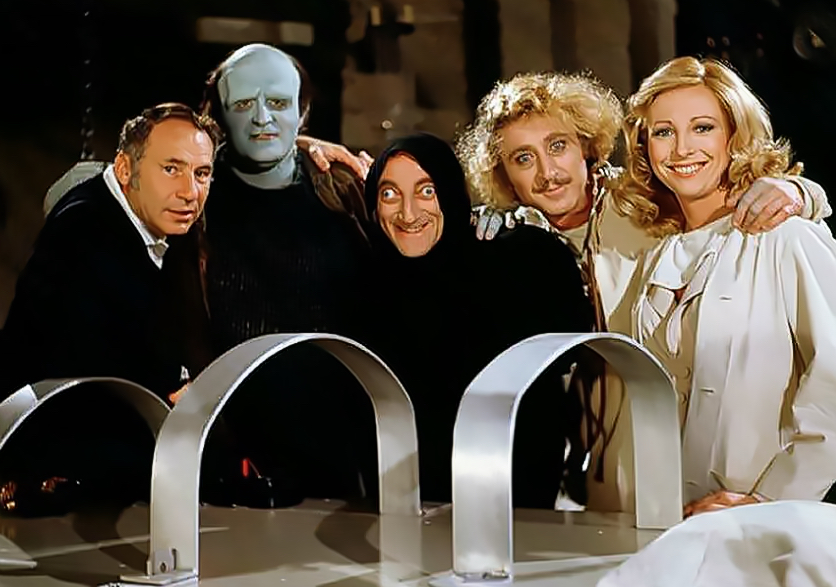